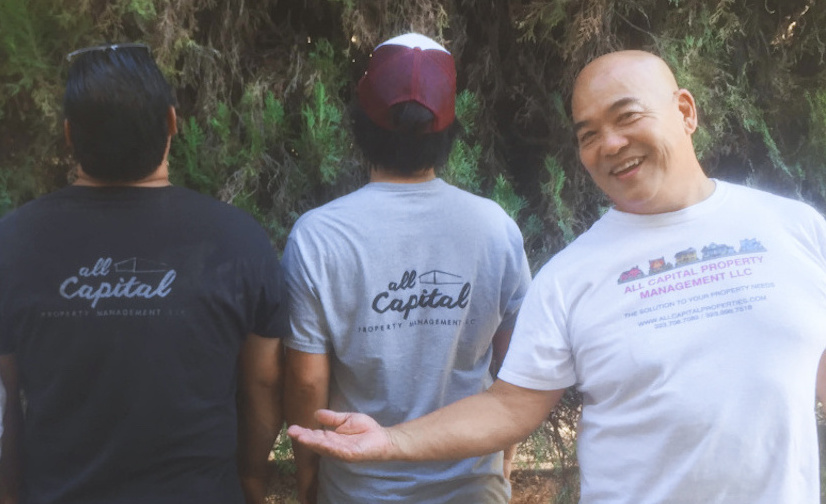 Jerry Matsukuma with members of his All Capital team. (Photo: Courtesy of June Yamaki)

How a father/daughter duo and their associate are continuing to pave the way in their community from the ground up. 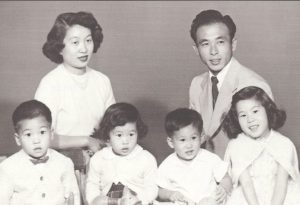 It was humble beginnings for South L.A. entrepreneur Jerry Matsukuma. His father, Shigao “Shig” Matsuguma, worked as a gardener in the 1950s for years to support his growing family. (Jerry replaced the “g” with a “k” in his last name to reflect the original Japanese pronunciation.)

Shig would later acquire properties and then later operated liquor stores Midway Liquor and L & J Liquor in South Los Angeles. His two sons, Jerry and Mark, joined the family business through the early 2000s and expanded their entrepreneurship skills into real estate and property management.

During the years serving the community at their stores, it became obvious that there was a special relationship the family had with the public. 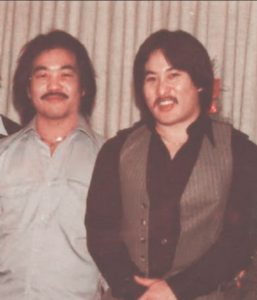 While many area stores did well, L & J was a bit different because of the customer service and friendship the brothers, Jerry and Mark, had with patrons.

During the 1992 Los Angeles riots, most stores in South L.A. were ravaged by fires or looted, but that was not the case for L & J Liquor.

In fact, quite the opposite happened. Much like the beloved Holiday Bowl, neighbors and customers came together to protect the store from looters and vandals during that time.

Jerry recalls that the store was not only open, but also it was busy! Being one of the few businesses in the area operating as normal, neighborhood folks piled in, buying everything off the shelves.

“We did our best business during the riots,” said Jerry Matsukuma.

Not many other local business owners could say the same, unfortunately. Many of them would find their buildings set afire or desecrated. It was clear that the store and Jerry Matsukuma’s family were accepted and defended by locals in such a rare way.

One thing particularly noticeable about the brothers and that sets them apart from other Japanese Americans is their ability to code-switch.

According to Wikipedia, “In linguistics, code-switching or language alternation occurs when a speaker alternates between two or more languages, or language varieties, in the context of a single conversation.”

Besides speaking colloquial English, the pair speak what is known as AAVE or African-American Vernacular English.

Growing up in South L.A. amongst peers of various races, with a large growing black population in Crenshaw, speaking in neighborhood slang became second nature for the brothers.

Because of the comfort the two had with the community and the vehicle of common speech, they seemed to earn a special form of respect and acceptance by locals — something that many other area business owners perhaps lacked at that time.

The family did not only operate a business to make a livelihood, but also they invested in relationships with the people of South L.A., and it showed. This would continue into their ability to create lasting connections with their area clients and tenants today.

Besides real estate and store ownership, Jerry Matsukuma has a background in art and a strong pride for his Japanese ancestry. 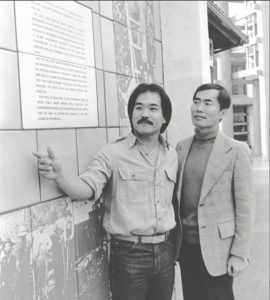 Jerry Matsukuma (left) and George Takei, pictured in front of his mural in 1981. (Photo: Courtesy of the Matsukuma family)

If his name sounds familiar, that is because his signature is below a large tile mural he designed in Downtown Los Angeles’ Little Tokyo, which is located just outside of the Japanese Village Plaza in 1981.

The text and photography mural is “dedicated to the pioneering spirit of those Nikkei whose lives, struggles and achievements make a full and moving picture — both a part of and an interacting element in the large American panorama,” according to its description.

Cultural pride is something still very tied into the fabric of Jerry Matsukuma’s current property management company, All Capital Property Management, with whom he operates 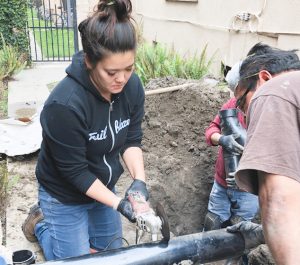 Cami Matsukuma at work. (Photo: Courtesy of the Matsukuma family)

with his daughter, Cami.

The duo not only manages properties in South and Greater Los Angeles, but also they get their hands dirty, working hard as licensed contractors.

There is something quite beautiful in seeing a dad and his daughter working side by side, even if it’s a bit messy — in the dirt under a house or solving plumbing issues — together. Their bond translates into a very nice working relationship.

Many of the Matsukumas’ clientele are also Japanese American seniors who are handled gently as many look to All Capital for their estate needs. 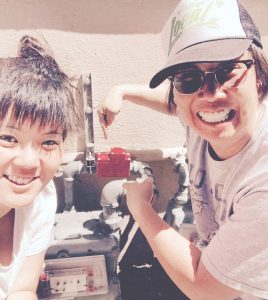 In addition to the Matsukumas, June Yamaki adds to the team’s expertise, bringing her years of experience in real estate and specialty in estate clean/pack outs, as well as interior remodeling.

Yamaki, much like her counterparts, also has longtime roots in South L.A.’s Crenshaw area.

Her mother, Martha Yamaki, a known community and political activist, was a driving force behind the anti-drug coalition Yellow Brotherhood.

June Yamaki happily shared her mother’s scrapbooks filled with photos and clippings from her days of activism, volunteering and work under former Los Angeles Mayor Tom Bradley, among other esteemed names.

Bur probably the most eye-catching piece of history in her collection was the original Yellow Brotherhood sign, which is proudly displayed on the wall. It is a tangible reminder of the hard work and dedication her mother and the previous generation had given our community. 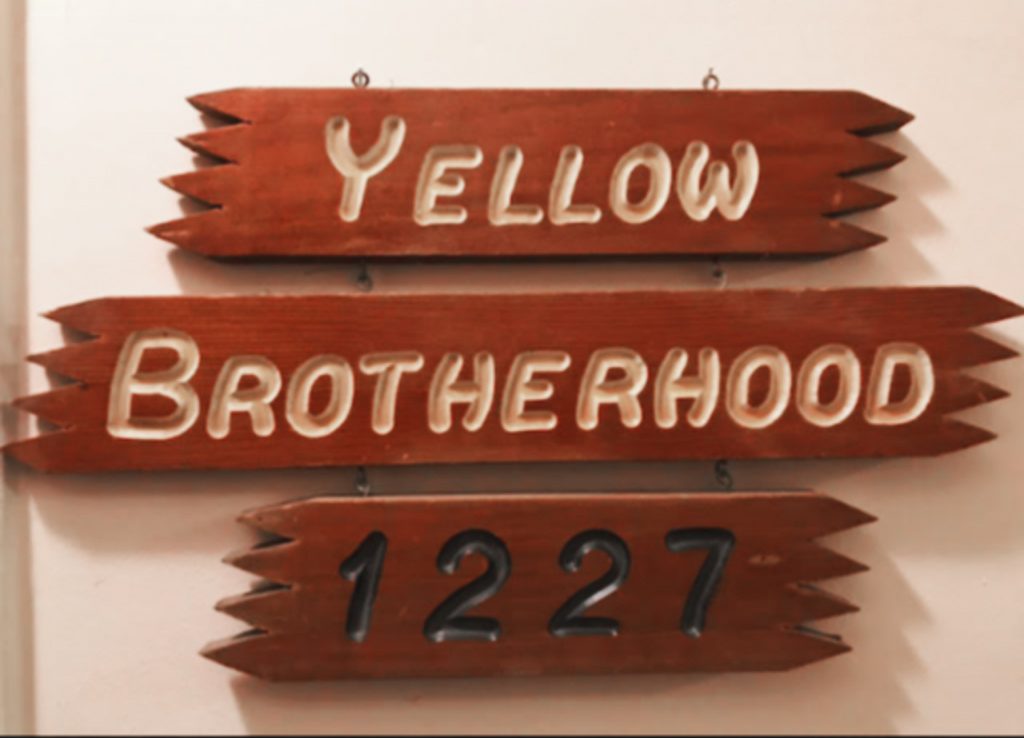 Martha Yamaki’s influence definitely lives on through June’s ability to navigate and work seamlessly with such a diverse clientele base. To see such a strong legacy of JA women representing us well and smashing stereotypes of our patriarchal history is nothing short of amazing!

Together, this dream team serves South L.A.’s ever-changing community while honoring the amazing legacies of their hard-working families who paved the way.

For more information about All Capital Property Management, visit allcapitalproperty.wordpress.com or call (323) 889-3751.

This article is part of a series on South L.A.