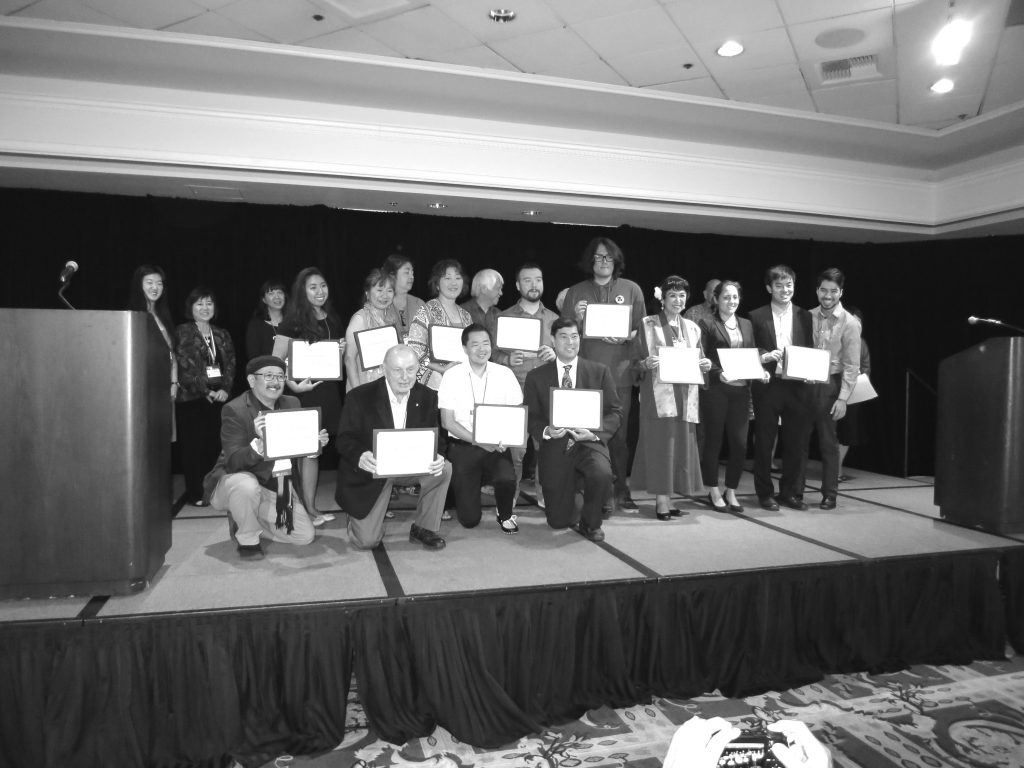 The 2016 Legacy Fund Grant recipients at the JACL National Convention in Las Vegas.

SAN FRANCISCO — The JACL Legacy Fund Grants Committee is pleased to announce that applications are now being accepted for the 2017 Legacy Fund grants. Committee Co-Chairs Jane Katsuyama and Janice Faden invite all eligible candidates to apply. Eligible candidates include all JACL chapters in good standing, District Councils and the JACL National Youth/Student Council.

New for 2017, the maximum grant award has been increased, allowing certain recipients to receive as much as $7,500 in funding.

Grants will be awarded for projects and activities that support JACL’s 2017-18 Strategic Plan.

The Legacy Fund Grants Committee has increased the maximum award for 2017 in special recognition of the 75th anniversary of the signing of Executive Order 9066 by President Franklin D. Roosevelt.

E.O. 9066 led to the incarceration of 120,000 U.S. citizens and other people of Japanese descent. A presidential commission later declared this executive order to be a violation of the incarcerees’ civil rights. Many people in communities across the U.S. are not aware of Executive Order 9066. Educating the public of this injustice has been an important focus of many of JACL’s past LFG projects.

Information on the Legacy Fund Grants Program and an application can be downloaded from the JACL website (www.jacl.org under “Social Justice”).

The Legacy Fund was established by the JACL National Council in 1990 at the JACL National Convention held in San Diego. Gifts were first donated to the fund by JACL members who gave a portion of their redress awards to further the legacy of patriotism and hard-won civil rights that is central to the story of Nikkei in America. A portion of the Legacy Fund Endowment is used to fund the grants program.

Completed applications are due May 1 at JACL National Headquarters in San Francisco.

Grant recipients will be announced at the 48th JACL National Convention in Washington, D.C., to be held July 6-8 at the Omni Shoreham Hotel.