A Century of Nisei Fishing

For more than 100 years, the San Francisco Fishing Club has been providing a deep connection to the community through its members’ love of angling.

A tug. Then another. With the snap of the wrist, FISH ON! For more than 100 years, the San Francisco Nisei Fishing Club has celebrated angling among generations of Nikkei families and their friends.

Members of the fishing club mounted a first-ever exhibit “The San Francisco Nisei Fishing Club” hosted recently by the National Japanese American Historical Society, which is located in San Francisco Japantown. The exhibit featured vintage photos, detailed narratives and an impressive display of tackle, rods and reels across the years. 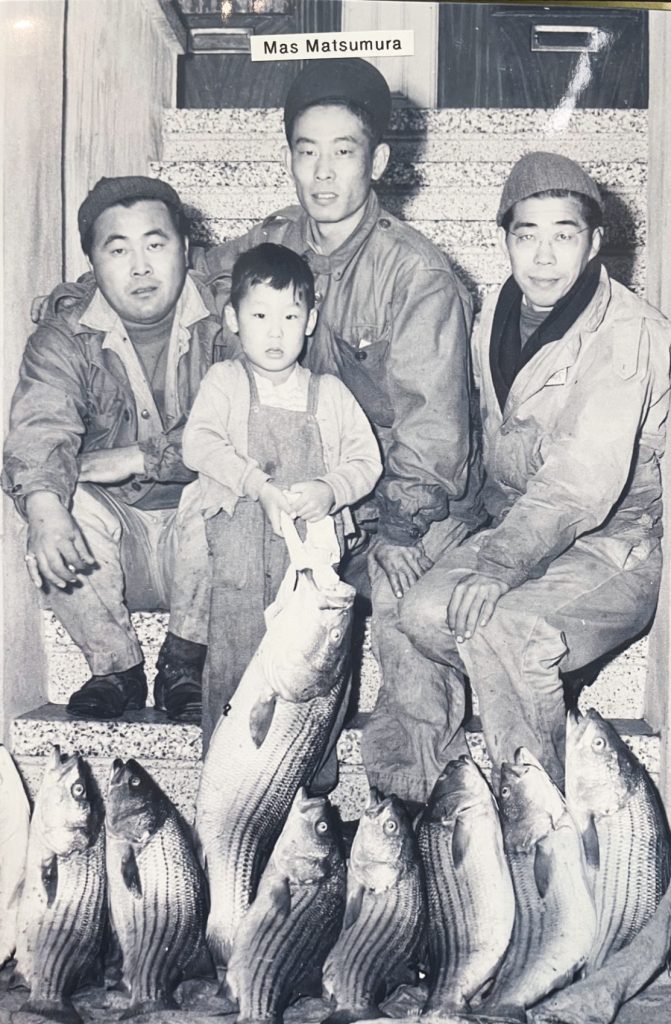 In this undated photo, Mas Matsumura is pictured along with his family and friends after a successful fishing trip. (Photos: SF Nisei Fishing Club)

The Issei abbreviated San Francisco as “Soko,” so the club was established in 1918 as the Soko Fishing Club by Issei tackle shop owners and anglers. Club meetings were held at the original Japantown located south of Market Street, close to the piers.

Together with the Japanese Hotel Assn. and other local civic groups, the Soko Fishing Club organized various events, including well-attended community picnics.

The growth and economic dynamism of the Japanese community came to an abrupt end with the onset of World War II and the signing of Executive Order 9066. 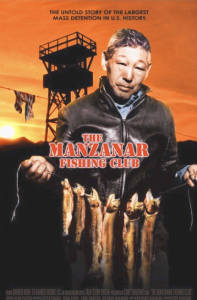 Despite the tremendous hardships and trauma of the incarceration, Japanese Americans demonstrated an indomitable spirit, captured in a 2012 feature-length documentary film “The Manzanar Fishing Club” by Director Cory Shiozaki.

The film includes exhaustive research and interviews with survivor anglers who tried to recapture moments of freedom and dignity in furtive fishing expeditions in the streams of the eastern Sierras surrounding the Manzanar prison camp, in brazen violation of prison rules.

According to the exhibit, the Soko Fishing Club was reconstituted in 1955 as the San Francisco Nisei Fishing Club, as leadership transitioned to the next generation of anglers. Leo Naganuma was elected president of the club, which had 127 members at the time.

The club’s mission was to expand opportunities for fishing among younger generations and promote conservation. 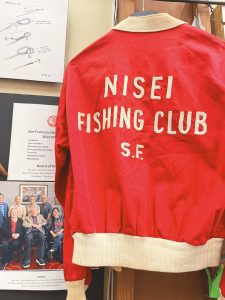 Among the items on display was this satin baseball jacket. (Photo: Emily Murase)

Between 1960 and 1985, the club hosted the Huck Finn Fishing Outing for economically disadvantaged 8- to 12-year-old boys. Annually, the club chartered a bus to Lake Berryessa in Napa County for a day of supervised fishing, a barbecue lunch and prizes.

For more than 25 years, over 1,000 boys, and eventually girls, benefitted from the program. However, due to climbing liability insurance and other expenses, the club was unable to continue the program after 1985.

In the face of a generation of children without exposure to fishing, the club partnered with the San Francisco Chapter of the JACL in the early 1990s and rebranded the event as the SF JACL Youth Fishing Derby.

The chapter agreed to underwrite the event, including liability insurance, while club members provided instruction. In July, the Fishing Derby was conducted for the first time in three years. 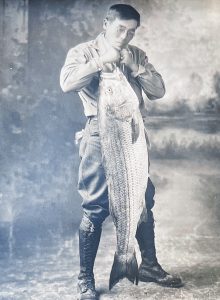 From the 1940s-’70s, another signature event was Family Nights, which, at its peak, attracted 400 participants who enjoyed movies, bingo and potlucks of Japanese delicacies together.

However, the Redevelopment of the Western Addition in San Francisco in the 1950s-1973 forced many Japanese families out of Japantown, eventually causing the discontinuation of the event.

By 2011, the death of longtime club leaders, resulting leadership vacuum and declining membership caused the club board to seriously consider disbanding. 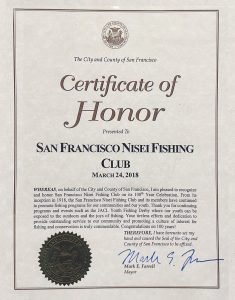 According to Diane Matsumura, a 29-year member of the club and currently its acting president, key individuals stepped up to fill the void.

“In November of 2011 … Kay Matsunaga of San Francisco and her brother, Dennis Matsunaga, from Sacramento, daughter and son of club member Mits Matsunaga, volunteered to be board members to keep the club from disbanding after 93 years,” recalled Matsumura. “Then, longtime mentor George Miyasaki of San Mateo and newcomer George Won of Lafayette stepped up to also join the board. I … volunteered to become the first female club president, and Eric Noda stepped up to be vp. The club did not disband that year.”

On March 24, 2018, the club celebrated its 100th anniversary with a special dinner in San Francisco Japantown, where the club was presented with a commemorative certificate by Mayor Mark E. Farrell.

“I have found out through the years that what makes this club wonderful are the members. They are all fishermen and fisherwomen, but they are also amazingly dedicated, dependable and welcoming to all,” said Matsumura. “In the early years, the venues were all packed with everyone having a great time, soaking in the atmosphere and talking about old times. Now, with so many of the old timers gone, there are fewer and fewer people in attendance. However, the camaraderie between members still exists, and everyone still has a good time.” 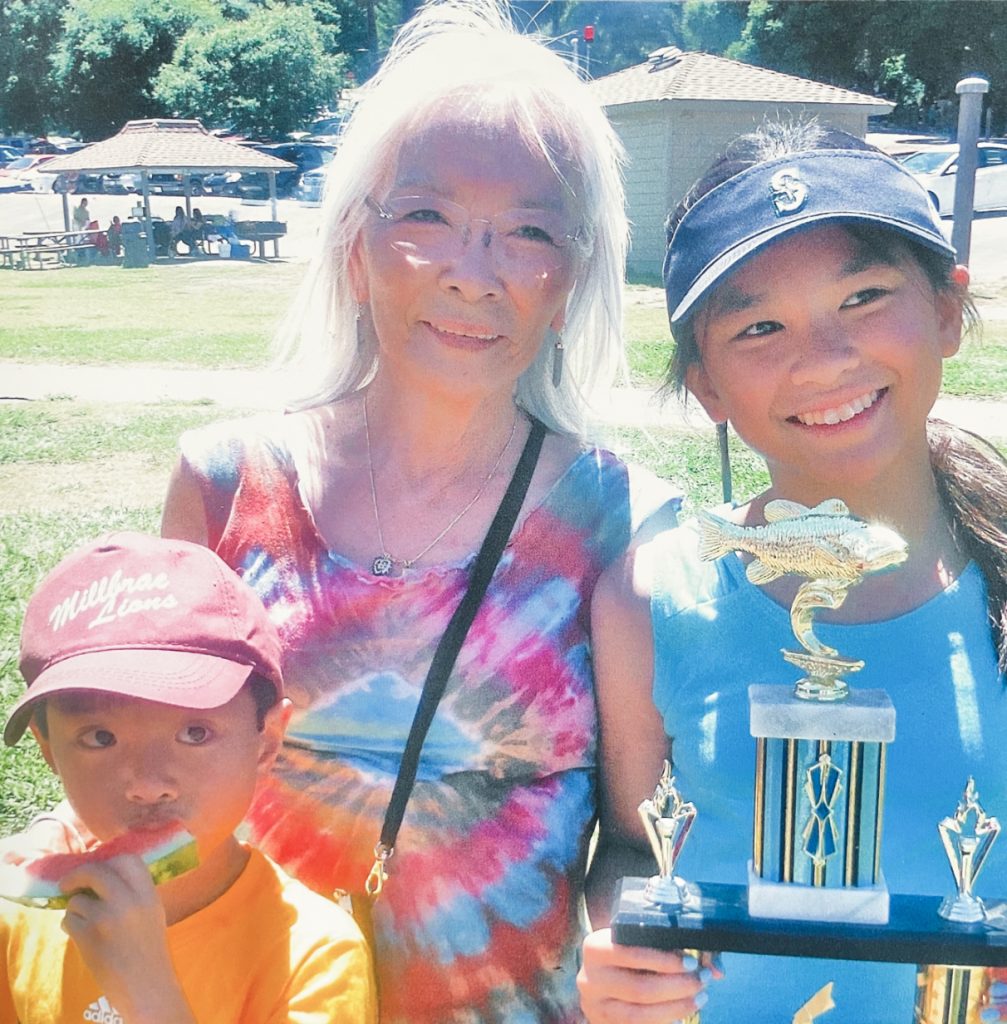 From Issei anglers who mastered local fishing to incarcerees defying prison rules to fish forbidden streams in the Eastern Sierras to youth fishing outings, the San Francisco Nisei Fishing Club has provided a deep connection in the community that has survived for more than a century.