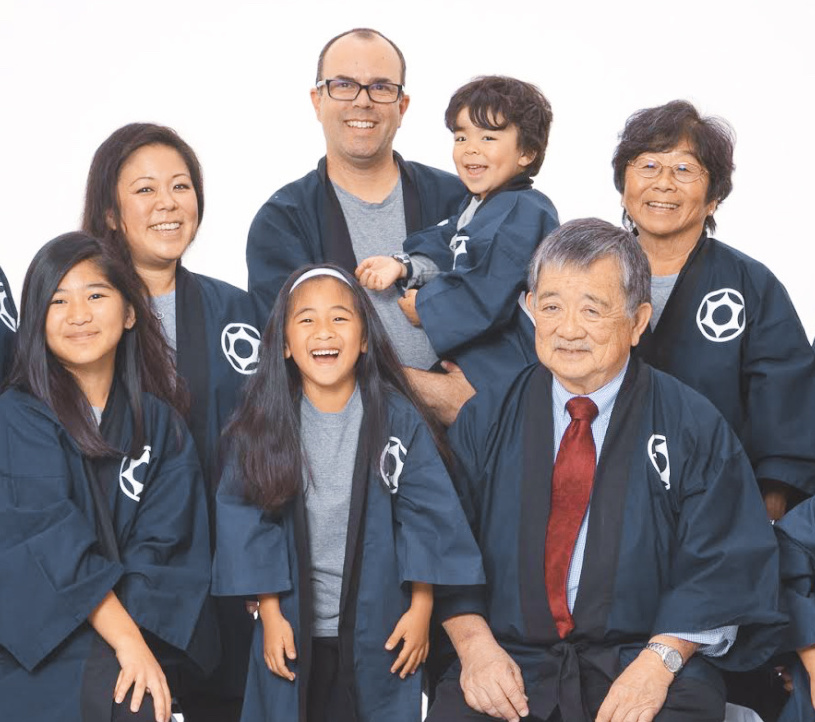 Kenneth Inouye, who served as JACL national president from 2004-06, continues to pave the way within the organization.

With 2019 being the 90th anniversary of the Japanese American Citizens League, one individual from Orange County, Calif., continues to be a trailblazer as well as an inspiration to the next generation of JACL leaders throughout this country.

Many know him as Ken Inouye, and the legacy that he has built through the years within the organization is very impressive. I first met Ken in 2015 at an event I was doing in Anaheim with the Anaheim Public Library Foundation, and from that first meeting, I knew he and I would work together someday.

With this being a significant year for the JACL, I wanted to find out more about his involvement with the JACL since he was its national president from 2004-06; Ken also has previously served as national vp for public affairs and chair of the Pacific Citizen Editorial Board.

“As I look back on my 40 years of involvement with JACL, I am so proud of the fact that the JACL has earned the reputation of being one of the most progressive/inclusive social justice organizations in the country. The JACL has grown from an organization that was created to protect the civil rights of [Japanese Americans] to being an organization that advocates for the civil rights of all of those who live in America,” Inouye said. 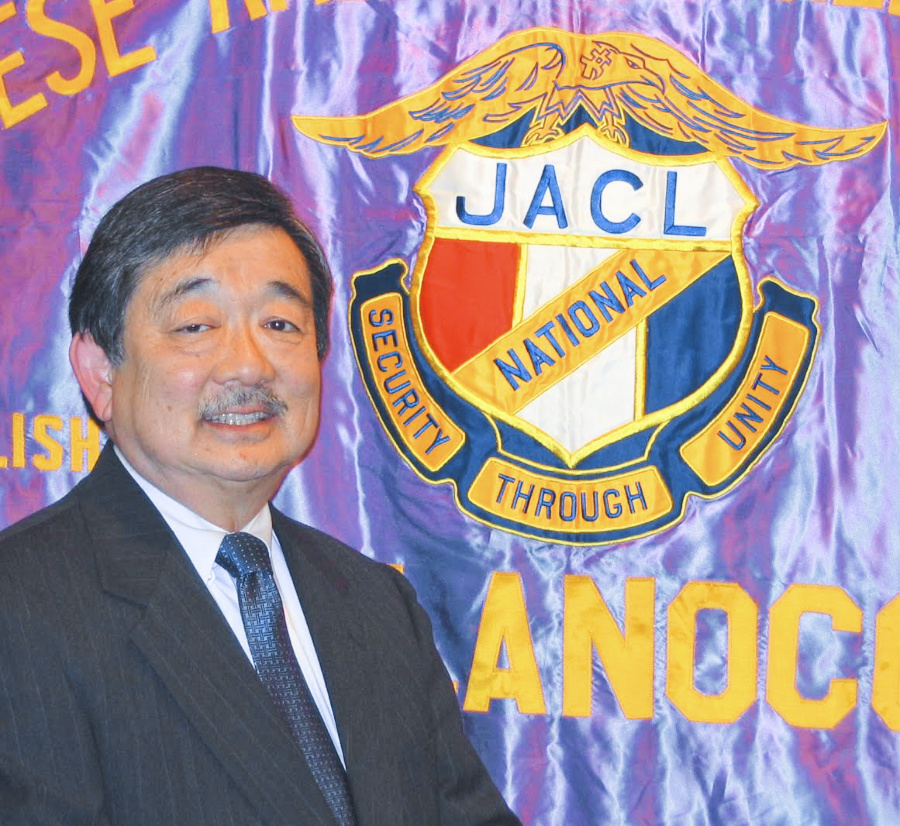 “My first highlight of being involved with JACL stemmed from the fact that I had the privilege of working with the Nisei members of the SELANOCO (Southeast Los Angeles North Orange County) chapter of the JACL. These Nisei pioneers — Clarence Nishizu, Hiroshi Kamei, Jun Fukushima, Judge Richard and Evelyn Hanki and others — welcomed us Sansei’s into JACL and encouraged us and supported us as we became involved at the chapter, district and national levels of JACL,” he continued.

Inouye did become involved and served as SELANOCO chapter president for six terms (1983, 1984, 1991, 1997, 1998 and 2014) and continues to be active with the local chapter. He was also a JACL Pacific Southwest District governor, treasurer and board member.

His next vivid memory of JACL was when he served on the National Board of JACL at a time when the JACL and the JA community sought redress and reparations from the U.S. government for the illegal incarceration of 120,000 Americans of Japanese ancestry following the outbreak of World War II. The successful quest for redress taught him that one can campaign and secure victory for a just cause provided that “justice is on your side.”

Inouye said, “From this experience, I learned two valuable lessons: One was from a quote from former JACL National President Harry Kajihara, who said, ‘Anything is possible if you have justice on your side,’ and the second was from the acknowledgement that ‘freedom is not free.’”

It was this redress success that motivated Inouye to campaign for civil and human rights, as well as social justice for other organizations and people.

From the perspective as a past Pacific Citizen Editorial Board chair, he said, “The P.C. is an important program of the JACL, and as it continues to evolve in the years ahead, I want to thank the current, past and future P.C. editors and staff for continuing this vital communication link between the JACL and the greater Japanese American community throughout the United States. I know that both members and nonmembers enjoy the opportunity to receive updates about Japanese American and JACL news through this publication.”

Through his involvement with the JACL, Inouye has met some incredible individuals who have become friends and with whom he shares the belief that their community must be there to assist others as they try to obtain social justice for all.

As a result of his JACL experience and training, Inouye has had the opportunity to work with other organizations in Orange County.

In 1997, he had the honor of joining Mary Anne Foo, Michael Matsuda and Alan Woo as the co-founders of the Orange County Asian Pacific Islander Community Alliance (OCAPICA). This organization, which is led by Executive Director Foo, is the largest Asian American social service agency in this area and provides valuable services to the most-underserved communities in Orange County.

As a result of a recommendation by Tricia Murakawa, former JACL vp for public affairs, Inouye was invited to run for the board of directors of the Southern California affiliate of the ACLU. For Inouye, being a member of this group reinforced his respect for the Constitution and reminded him that the Constitution protects the rights of all to have a freedom of expression/belief. 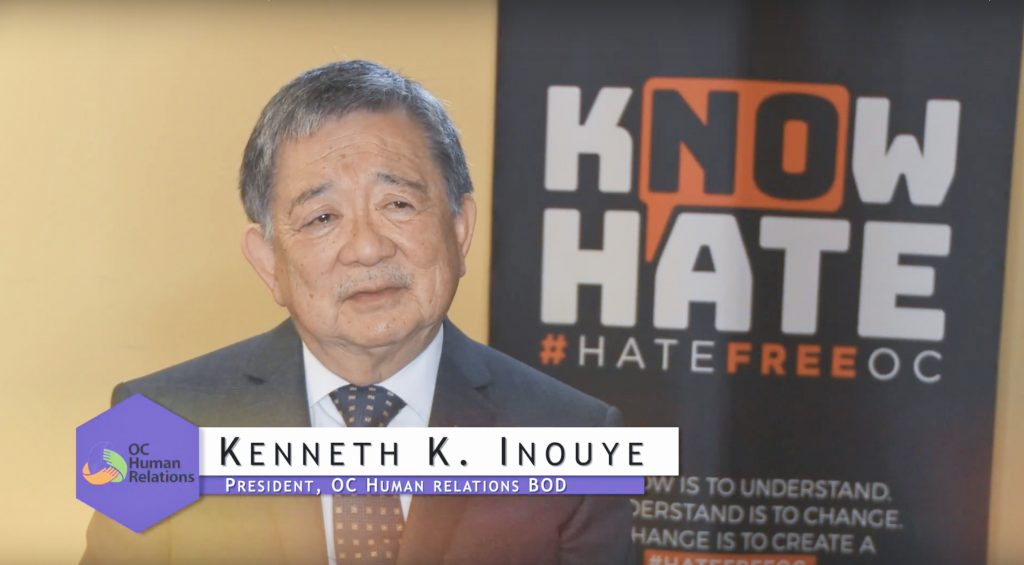 Inouye is currently serving as the president of the Orange County Human Relations Council. This organization works with others to help create an Orange County where all are valued and included. The need for this organization has grown as a result of the increased hostility that has become too commonplace in the tribal environment that has become America in the past few years.

This year, he was selected as a Nisei Week Pioneer for the Los Angeles Nisei Week Japanese Festival and was nominated by the SELANOCO JACL chapter and the Orange County Nikkei Coordinating Council. 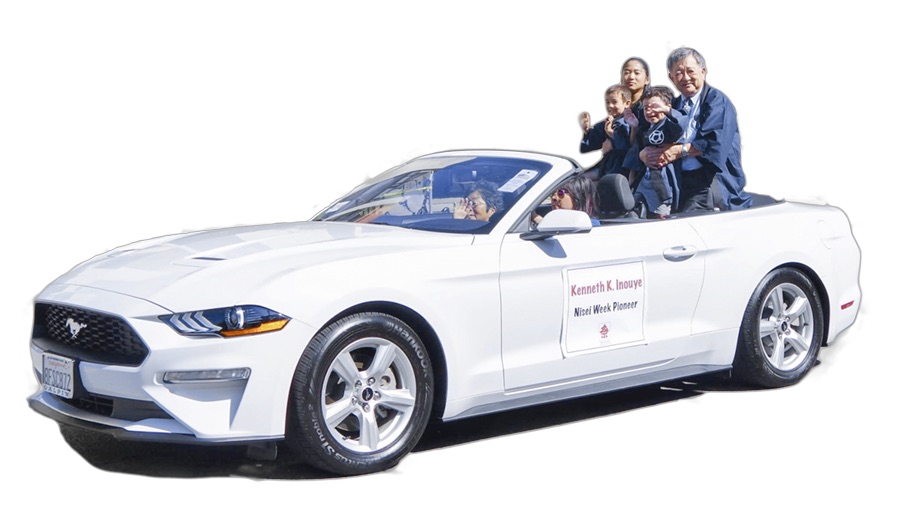 “When I read the names of the individuals who had preceded me, I was truly humbled, as I realized that so many people had done so much to help make the Japanese American legacy what it is today,” Inouye said.

Born in Alamosa, Colo., Inouye is the only son of George Inouye and Betty (Coddington) Inouye. He moved to California at an early age with his family, including his older sister, Marie (Petrie). He attended public schools in Los Angeles’ Crenshaw District and graduated from California State University, Los Angeles, with a degree in accounting.

In 1979, Kenneth K. Inouye, CPA, was one of the founders of one of the first CPA firms in Orange County’s Saddleback Valley. In 2013 due to a change in partnership status, the firm is now known as Inouye, Shively & Klatt, CPA’s LLP.

But none of his accomplishments would have ever been possible without the support of his wife, May (Kondo), as she has supported all of their family’s community activities while at the same time maintaining the Inouye family household.

“My wife is clearly the MVP of our family,” Inouye said.

He is also very proud of the accomplishments of his three daughters, as he describes each one here:

“Nicole Inouye (Kawaguchi) is my JACL daughter. As a result of her involvement with the JACL at a very young age, she has served the JACL as the National Student Youth Rep., as a Mike Masaoka fellow and as a three-time SELANOCO chapter president.”

For Inouye, there is still much work to be done. What he has achieved to this point is an amazing testament to one man whose conviction is to make Orange County and America a better place for everyone. He and his family’s unselfish generosity to the community is something that I have personally witnessed and admire.

“The fact that the JACL is able to attract young leaders, such as the current members of the National Board, reinforces the reality that Japanese Americans are willing to provide assistance to those communities who might be needing some assistance as they join us in the pursuit of the American Dream. I will always be thankful to the many members of the JACL who have led the fight for a ‘Greater America for all Americans,’” Inouye concluded.

With 2020 beginning a new decade for all of us, I look forward to seeing the next chapter of the Kenneth Inouye family story in the years ahead. 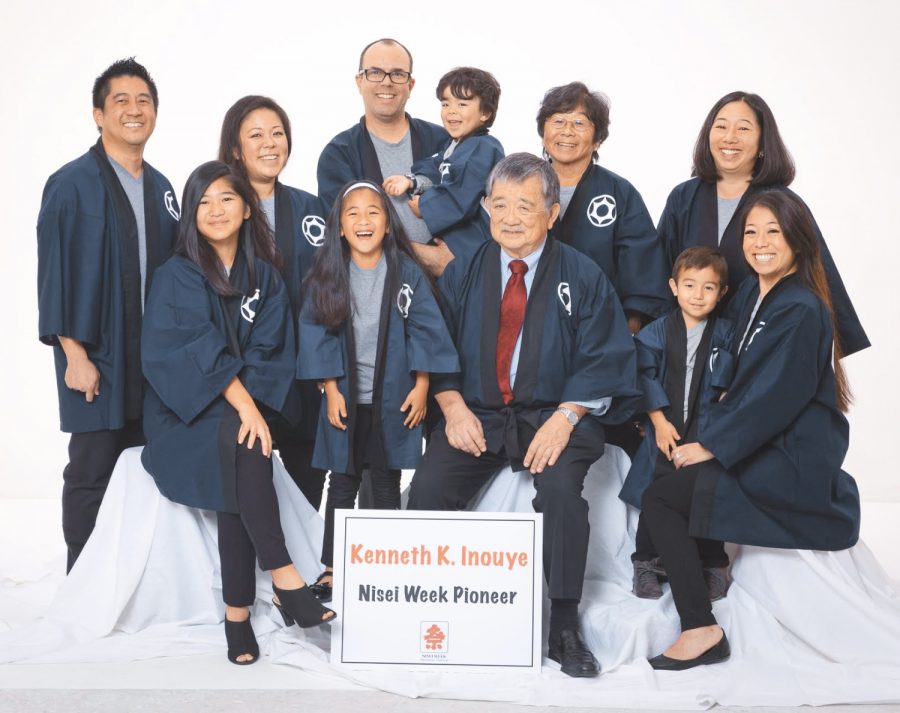