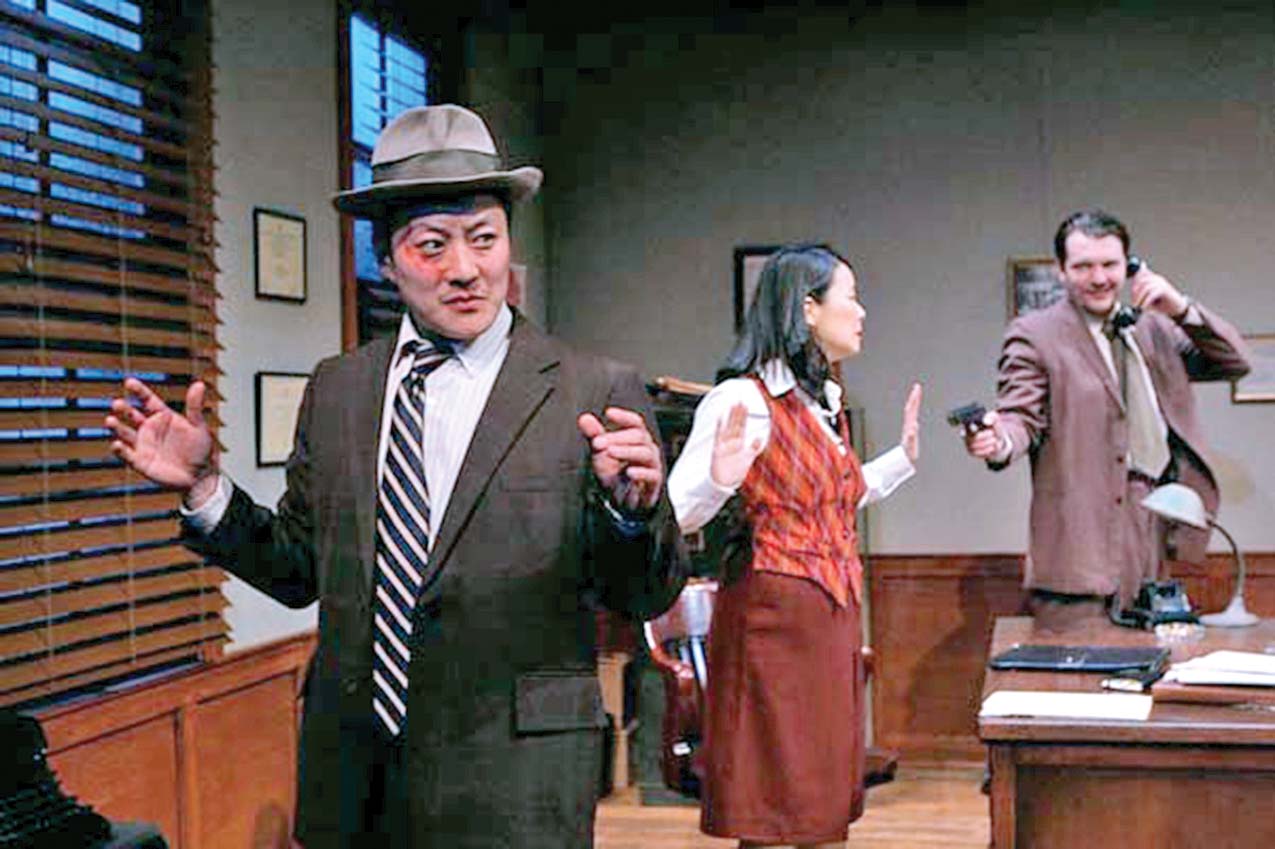 A Master of the Arts

Now approaching the fifth decade of his career, Japanese Canadian actor-playright-theater director Rick Shiomi continues to mentor and develop the arts, including co-facilitating a workshop on Asian American representation in the media at the upcoming JACL National Convention.

Last year, actor-activist George Takei made headlines when he starred in “Allegiance,” the first musical production written and directed by Asian Americans to hit Broadway. However, this was just the latest achievement in the storied history of AAPIs in the theater business.

Like most entertainment fields in the U.S., theater has traditionally included few people of color. Based on the Eurocentric notion that white actors could portray ethnic characters better than actors of said ethnicity themselves, popular musical theater and stage plays often featured white performers dressed in blackface or yellowface well into the 20th century.

While blackface has been somewhat universally acknowledged as unacceptable in today’s theater world, yellowface persists in examples as recent as the 2017 production of “Turandot” by the Atlanta Opera. AAPIs are perhaps the least-represented ethnicity on the American stage. 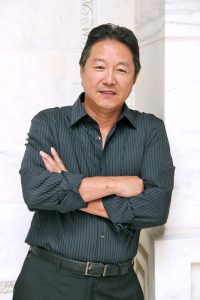 Since the 1960s, there has been an Asian American arts movement running parallel to the mainstream with few notable intersections. Japanese Canadian theater artist Rick Shiomi is one person who has been at the center of much of this movement.

An esteemed leader in the Asian American theater community, Shiomi has been active for nearly four decades as a playwright, theater director and founding company leader of Mu Performing Arts in Minneapolis, Minn.

Born in a small suburb of Toronto to Nisei parents who had just recently returned from the Canadian incarceration during World War II, Shiomi experienced many of the same issues growing up as did other Asian Americans of his generation.

“I totally identify with the Japanese American experience,” Shiomi said. “The overlap is huge, and the main difference is really between Americans [of any ethnicity] being much more open and assertive, while Canadians are more careful and reactive.”

Shiomi’s Canadian identity was further cemented by the time he spent teaching English in Japan as a young adult.

“I never learned Japanese well enough to speak, so I was always an outsider … ” he recalled. “I remember sitting with some friends, and one took me aside to say he felt uncomfortable speaking on a first-name basis with one of the others because he was younger and not familiar enough to do so. It was this constant awareness of social protocols that I was tripping over. Because I was a foreigner, they just shrugged it off, but to be in that system meant understanding and operating by those protocols. Though I love the deep cultural connection I feel in Japan — the art, temples, food, forests — I am still a stranger in a strange land.”

It would be later in 1976 through his work on the first Powell Street Festival celebrating Japanese Canadian heritage in Vancouver when Shiomi finally resolved these aspects of his identity.

“By editing a short film titled ‘The First 100 Years,’ designed to teach children about Japanese Canadian history at the festival, I finally understood who I was and where I came from,” said Shiomi.

While this was an early foray into the arts, Shiomi’s real work started once he began a residence with San Francisco’s Asian American Theater Company in the early 1980s. It was here that he derived influence from and worked with other AAPI theater luminaries such as Philip Kan Gotanda, Marc Hayashi, David Henry Hwang and Lane Nishikawa.

To a certain extent, Shiomi always believed he was destined to work in the arts.

“It’s in my DNA,” he said. “My grandfather ran a theater group in Vancouver around 1900 that did traditional-style kabuki theater. I actually don’t know the name of the company, but they performed around the West Coast of Canada and Seattle. My grandfather even went to L.A. on occasion to see the touring shows from Japan. So, I realized in some odd way that I was retracing my grandfather’s steps by going down the West Coast to do theater. Then, of course, I was not satisfied doing anything else.”

In 1982, Shiomi’s debut play, “Yellow Fever,” would go on to win the coveted Bay Area Theater Circle Critics Award and a Bernie Award from the San Francisco Chronicle. Shortly after, he moved to New York City, where an off-Broadway production of “Yellow Fever” was mounted by the Pan Asian Repertory Theater, which was lauded as a New York Times’ Critic’s Choice.

This award-winning comic mystery follows hard-boiled detective Sam Shikaze through the shady streets of 1970s Vancouver on a case to solve the disappearance of the mysterious Cherry Blossom Queen.

Shikaze becomes entangled in a web of political deception and racism that rouses memories of the Japanese Canadian internment camps and leads to an unexpected romance. Shiomi’s first play remains his most popular, having been produced as recently as 2013.

Throughout the 1980s, Shiomi continued working as a bicoastal playwright while also honing his craft as a taiko artist studying under Grandmaster Seiichi Tanaka of the San Francisco Taiko Dojo.

What came next for Shiomi must have seemed counterintuitive to most at that time, as he relocated to Minnesota to pursue his future wife, Martha Johnson, in 1992. No one, least of all Shiomi, could have predicted that moving to Middle America would be the best thing to happen to his career since “Yellow Fever,” but he soon discovered a vibrant community of AAPIs living in the Twin Cities.

Together with University of Minnesota graduate student Dong-Il Lee, Shiomi founded the upper Midwest’s first AAPI theater company, which they named Mu Performing Arts after the Korean pronunciation of a Chinese character meaning “shaman/artist/warrior who connects the heavens and the earth through the tree of life.”

After Lee left the Twin Cities, Shiomi found himself stepping into the artistic director position, a role that he would serve in for the next 20 years.

“Asian American theater didn’t really exist in Minnesota at the time,” Shiomi said. “I think the challenge was simply starting something where there was no precedent for it — recruiting and developing AAPI theater artists and persuading funders, other companies and the theater-going community that we had something unique to say.”

It took about 10 years before the larger AAPI theater community on the coasts started to recognize Mu’s work as significant. Today, Mu Performing Arts is widely acknowledged as one of the nation’s leading AAPI theater companies.

When asked whether he had seen much progress from the time that he began working with Mu until now, Shiomi replied, “Theater actually moves slower than society. I think the main difference is that the major regional theaters have started to pay more attention to AAPI playwrights and material. It’s just a beginning, but I think it’s happening.”

Now approaching the fifth decade of his career, Shiomi continues working to further cultivate the AAPI theater community nationwide through his mentorship of younger theater artists and on-going projects in St. Paul, Minn., and Philadelphia, Pa.

As co-artistic director of a new company called Full Circle Theater, Shiomi is looking to expand diversity overall in the Twin Cities theater community, producing works that bring together people of many different backgrounds. His other project is to develop the Asian American theater scene in Philadelphia.

Shiomi had just begun an artist residency at Philadelphia-based InterAct Theatre Company in 2014 when a major incident in the local theater scene occurred. Another Philadelphia-based company called Lantern Theater mounted a production of “Julius Caesar” set in feudal Japan that misappropriated many aspects of Japanese culture.

Under Shiomi’s guidance, several forums and meetings were held to give voice to the community’s anger and frustration. This situation galvanized the AAPI theater community in a way that had never been possible in Philadelphia, and out of the incident emerged a new organization called Philadelphia Asian Performing Artists (PAPA). 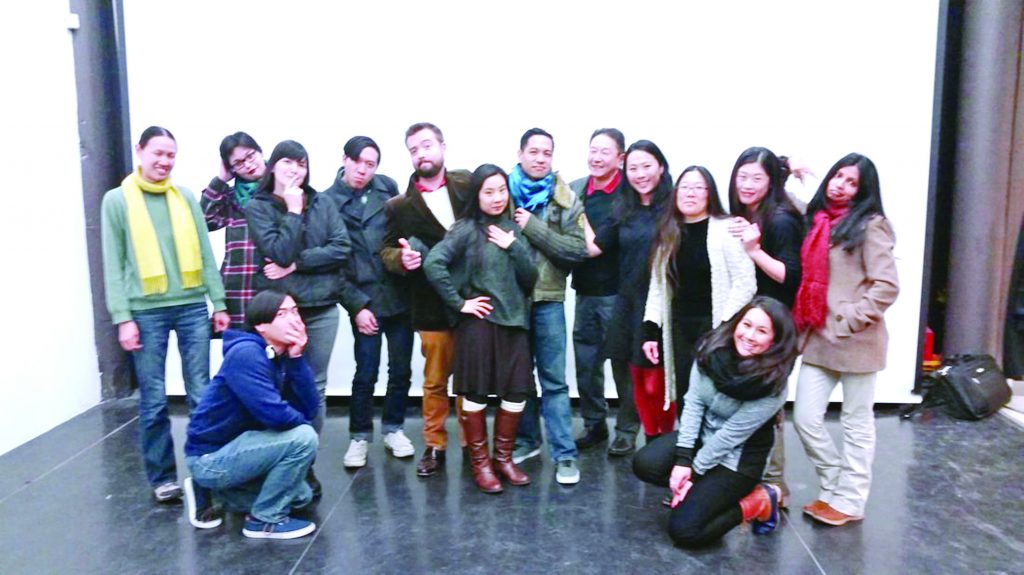 As a consultant to PAPA, Shiomi is helping to develop an informal group of AAPI theater artists into a formal organization with long-term goals. In a separate initiative called Philadelphia Asian Theater Project (PATP), Shiomi has created a coalition of 12 companies that are working together to promote the development of Asian American theater in the greater Philadelphia area.

With grant support from the Doris Duke Foundation, Shiomi will continue building this initiative throughout his 2018 residency with InterAct.

For individuals looking to pursue a career in the arts, Shiomi cautioned, “Professionally speaking, the arts are not for everyone. It’s a hardscrabble lifestyle for 99 percent of those who seriously venture into it. But for most, the arts can be a personally important and socially significant activity . … They can help us understand our lives, our values, our choices. Getting into the arts is a calling that comes from deep within oneself. Sometimes, you don’t even know why, but when you feel the urge or drive to get involved, you discover you have some kind of talent or the opportunity to participate appears and that changes your life forever. So, the arts are an important facet of any community and should be supported by all.”

Join Rick Shiomi at the JACL National Convention in Washington, D.C., on July 8 from 1:30-3 p.m., where he will be co-facilitating a workshop on Asian American representation in media and the arts. Looking at the past, present and future of AAPI portrayals on the screen and stage, this workshop will include a short-film screening, panel discussion and participatory theater reading led by Shiomi.