A Mother’s Take: A Lesson From Stefen 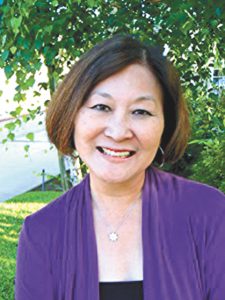 Many years ago, I was in a meeting with parents and our preteen children, sharing about our relationship with each other. It started off to be just a normal meeting until my younger son, Stefen, who is normally very private, suddenly blurted out to the group that his mom yells at him a lot. This was in a meeting with families that I did not know well.

I could feel my face become red with shame, unsure of what to say or how to react. Do I discount how he feels in front of his peers or try to explain away his comment? Fortunately, Aiden was also part of that meeting and said something like, “Whose mother are you talking about? My mother hardly yells at all.” My face went from red to light pink, but I sat there in disbelief, unable to process anything that was said after Stefen’s comment.

Later, I asked Stefen about this incident. “Why did you say I yell,” I probed. He said, “When you get upset, you yell.” In my opinion, I very rarely yell (although I am sure there have been times I did raise my voice), but my perspective was I was just more emphatic in my tone. I did not see that as yelling. But looking for clues around me — like him playing the television and music at a low volume or talking very softly so I often have to ask him to repeat his words — signaled to me that his sensitivity to sound was much greater than mine.

And so I have adapted who I am to fit who he is and did not ask him to fit into what I believed to be true. I have learned that if I am upset, I need to step back a few minutes and then talk in a more calm voice. Stefen says when I am upset and raise my voice, he can’t hear a word I am saying, and when I don’t listen to him, he doesn’t feel valued. I have learned to ask him more questions to understand and truly listen to him with my heart.

Recently for his college graduation, he didn’t want to walk or have a party. I, on the other hand, wanted to celebrate this milestone because I truly felt he not only got a degree in business finance, but he also got a degree in overcoming all the challenges he faced in not being an academic student. 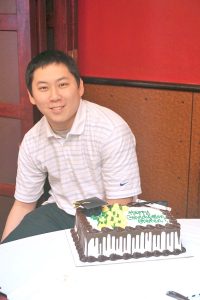 Stefen had to persevere and not give up. He had to change the way he thought so he could believe he could graduate. Therefore, I saw that his college degree was not helping him get a better job but BE a better person. That was something to celebrate!

After some discussion, I agreed he didn’t have to walk, and Stefen agreed a small party for family and a few friends would be acceptable to him. He told me who he wanted to invite, what kind of food he wanted to have, and I made him a little photo album of memories and wishes from those who attended. I think having the kind of party he wanted will be a memory that he will cherish.

That incident so many years ago, where I learned how to listen to my son better has made all the difference in our relationship.

Today, he is still my quiet and more private son, but I know we have a better relationship than we would have had if my ego tried to discount his feelings about me yelling and if I didn’t try to understand his perspective.

Since I was writing this article, I asked him, “How do you think our relationship is today?” I have been supporting him to find a job and have probably been more in his space than I normally am.

He indulges me as I put 3×5 cards all around the house that say, “I am an employee of a bank.” He sees the card when he brushes his teeth, takes a shower, does his laundry or opens the refrigerator. He let me take him shopping to buy new outfits to get ready to be that well-dressed bank employee. And though he initially was not getting any calls to interview, I kept assuring him that if he continued to send out résumés and believed he would get a job, the right job would find him. He now has had three major banks interviewing him!!

Thank you for generously letting me share this story with others … . I think it is a beautiful story about a son who told his truth and a mother who was smart enough to listen.