A Mother’s Take: Pride Around the World

Last month, I had the wonderful opportunity of returning to Japan to speak on LGBTQ family acceptance. It was 12 days, three cities, six events and connecting with more than 1,200 people. To say it was impactful would be an understatement.

There were so many moments that moved my heart. I can’t begin to list them all, so  I will just give you the highlights:

TOKYO: Speaking at the University in  Tsukuba and learning of the work they are doing was so inspiring. I spoke about the university Aiden attended and how its belief and support of him turned his life around.

The university and its staff made Aiden believe that his life mattered. The moderator of the panel, Professor Kawano, followed my comments with a story about an LGBTQ student coming up to him and saying, “This university is killing me.”

Professor Kawano was so affected by this student’s words that he has taken it upon himself to write and publish guidelines supporting LGBTQ students. He also created a safe space sticker, so that students will know who they can turn to for help, as well as coordinated the event we spoke at that day.

And that student who once felt like the  university was killing him is still alive today. One person, a professor, listened to him, and he found hope.

NAGOYA: At Showa High School, we spoke to more than 1,000 students, teachers, parents and staff.

I was touched by the courage of a transgender middle school teacher who came out to her school and shared her story. I was also moved by a young transgender man who vulnerably spoke about how he and his mother found their way back to each other after being estranged for 10 years. 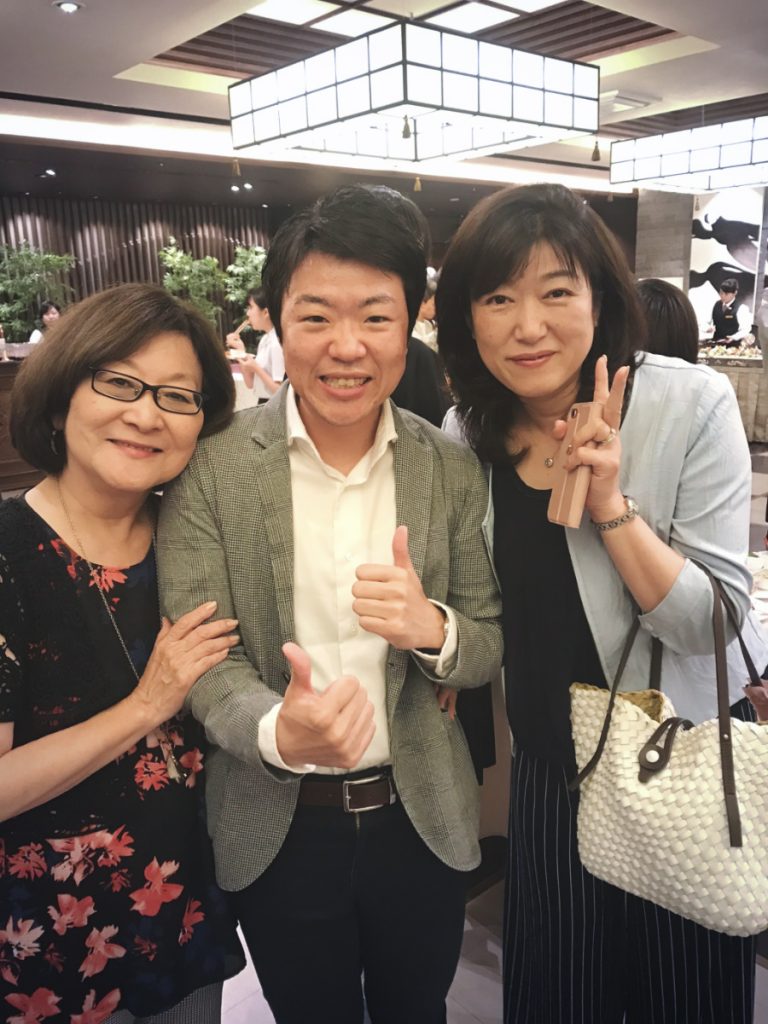 Later, I met the mother of that young transgender man. We couldn’t communicate directly because of our language differences, but somehow as we talked through a translator, there was a moment when we looked into each other’s eyes, and we spontaneously hugged one another.

We were two mothers who struggled in the beginning, but in the end, the love we have for our children helped us to overcome any obstacles that were put in our way.

It was a special moment. And as her transgender son looked on, all I could feel was how much pride and love he has for his mother.

SAPPORO: We ended our tour in the city where my husband’s father was raised. At this event, I met a representative from the U.S. Consulate and a number of high school students. At the end of our presentation, the young people approached me hesitantly and asked to talk to me.

“We have some money in our club and want to do something to support the LGBTQ students on our campus,” they told me. “What are some things we can do?”

I talked about doing a poster contest, organizing a diversity week and bringing in some LGBTQ speakers to share their stories to their school. They listened intently, and I believe that they will take these ideas back to their high school and implement one or two of them.

I applaud these young people who will be giving all students — whether LGBTQ+ or not — the message that being a positive voice is so important.

One of the things that surprised many of the people in Japan was just how unsafe parts of the United States can be.

The U.S. is seen as such a progressive place. I explained to them that Aiden will not travel to certain places due to the laws of that state. And there are even places where one might not feel safe as an Asian person.

So, we continue to work hard to bring greater awareness and knowledge to fight the fear and discrimination that still exists.

I shared how much I respect the people in Japan who are bringing to light this same hard work — many of the people in the audience were educators and leaders in their cities — and you could feel their hearts swell with pride.

June was Pride Month in Los Angeles, where I live. Pride Month to me is all about celebrating being proud of who you are, whether you are LGBTQ+, a parent or supporter of an LGBTQ+ person or just want people to be accepted and respected as they are.

I believe this trip to Japan helped people to be better allies, have dreams of raising greater LGBTQ+ awareness in the future and brought a sense of pride to all who were involved.  I certainly felt that way.

Marsha Aizumi is an advocate in the LGBT community and author of the book  “Two Spirits, One Heart: A Mother,  Her Transgender Son and Their Journey to Love and Acceptance.”