In December, Aiden and I participated in a virtual chat with a Subaru book club in Chicago that recently read our book, “Two Spirits, One Heart.” At the end of the meeting, a mother shared that though she did not have an LGBTQ child, she had a Down syndrome child, and so much of the feelings I talked about resonated with her … the shame, the sadness, the fear, but most of all, the love.

This got me to thinking about how I never really heard about any Nikkei families that had a Down syndrome child, and so I reached out to my social worker friend, Yasuko, who connected me with the Japanese Speaking Parents Association of Children With Challenges (JSPACC), which is part of Los Angeles’ Little Tokyo Service Center.

It was through JSPACC that I met Keiko.

Keiko has two sons. Her second child is 9 years old and has special needs. His name is Leo. When Leo was born, the doctor had concerns. After a number of tests and waiting for the longest three weeks of her life, the doctor gave Keiko the test results. Her baby had Down syndrome.

With this diagnosis, things didn’t seem different at first. Leo slept well, he didn’t have any heart issues, like some Down syndrome children have, but what became noticeable was everything was delayed … crawling, walking, talking. And then when Leo hit what we call the “terrible twos,” this lasted longer than the normal one year.

“Leo is very stubborn and oppositional,” Keiko explained. Perhaps that is part of his personality, but it is magnified, since he has Down syndrome. “Let’s go home,” Keiko would say. “NO!!!” Leo would dig in. Another time Keiko would say, “Let’s stay for a while. “NO!!” her son would respond. Everything was a struggle. It was exhausting. I told Keiko she must have a lot of patience. She laughed and said she really doesn’t.

But then, she told me a story about the other side of being the mother of a special needs child. Her voice softened when she talked about a day when they were cleaning Leo’s room. As Keiko turned to put a stack of books away, she hit Leo in the eye with the corner of one of the books. His eyes teared up because she hit him hard. She grabbed him and hugged him tightly. Expecting him to lash out at her, Leo turned to her and said, “I love you. … ” It was one of those moments that was unexpected — it showed how much he could forgive and be unconditionally loving.

Another story that really touched my heart was when Keiko talked about taking a vacation with the family. She said the four of them went to Las Vegas, and everything was a battle of wills. Things that a family without a special needs child take for granted is different for their family. Walking 10 steps may be a struggle. She wanted to go to breakfast together, but Leo would not leave the room. So, her husband took their older son to breakfast, and Keiko stayed in the room with Leo. It wasn’t a vacation. It would have been easier to stay home.

However, the next year, they decided to try Vegas again. They stayed at the same hotel, but this time, Leo was one year older. Instead of splitting up at breakfast, the family — all four of them — went to the same restaurant that only two of them ate at the previous year. Keiko said this was one of her “happiest moments.” The family was able to have breakfast together! I could hear the joy and gratitude in her voice as she shared this story.

Keiko continued with some additional thoughts. “I found that at the second time in Vegas, not only was I able to have breakfast together in the morning but also eating together with the whole family is the happiest moment in daily life … This is happiness!!” she said.

“I felt like I got a flash of lightning or something at the moment. A daily routine like eating breakfast at home sounds boring and a mundane event, but it’s not. IT IS SPECIAL, and I am very thankful every day! Is happiness a gorgeous house with an ocean view? A huge diamond ring? A million dollars? NO, at least for me. We can find the most important things in a humdrum life. Because it’s not humdrum if you just realize it.”

Leo attends public school but is in special classes. He is doing well in school, and the teacher says he is “a good boy.” Keiko sometimes wonders if they are talking about the same Leo. But she smiles, and it feels like this is another happy moment. 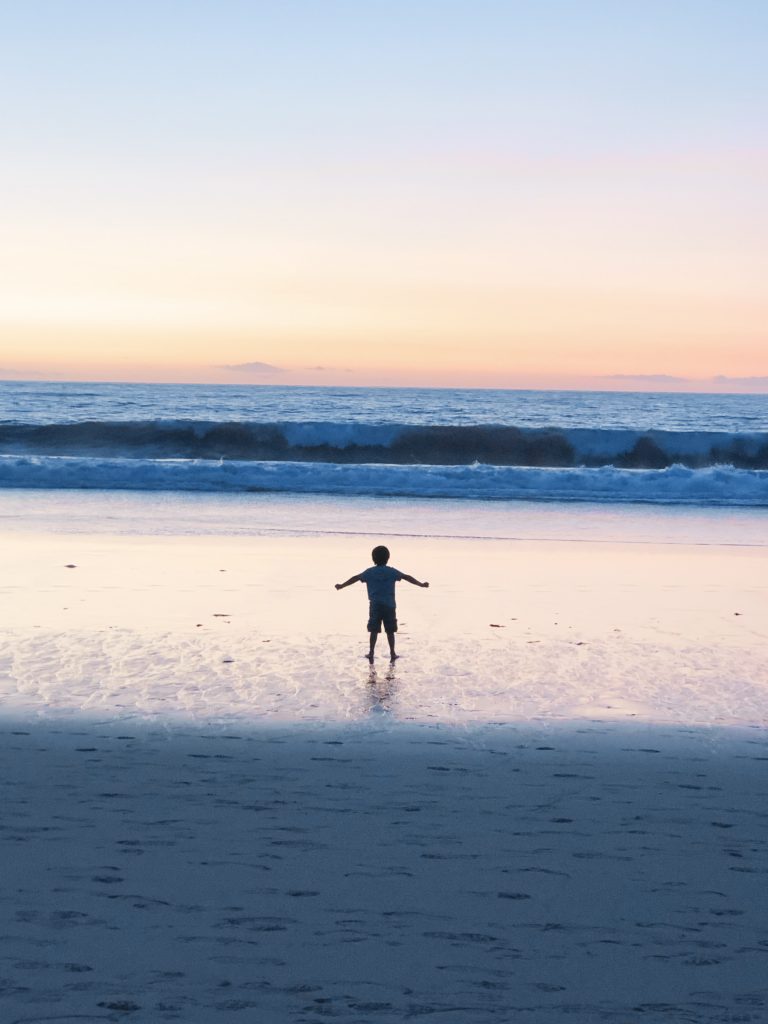 I asked Keiko to tell me what she would like my readers to know. She said that she would like people to know that “we can learn so much from our children, even those with special needs.” She explained that her life is filled with ordinary moments that she could have overlooked, but today, she recognizes it as precious.

“We should see and be thankful for what we have, not begrudge what we don’t have,” she said. Leo has taught her all of these things.
Marsha Aizumi is an advocate in the LGBT community and author of the book “Two Spirits, One Heart: A Mother, Her Transgender Son and Their Journey to Love and Acceptance.”