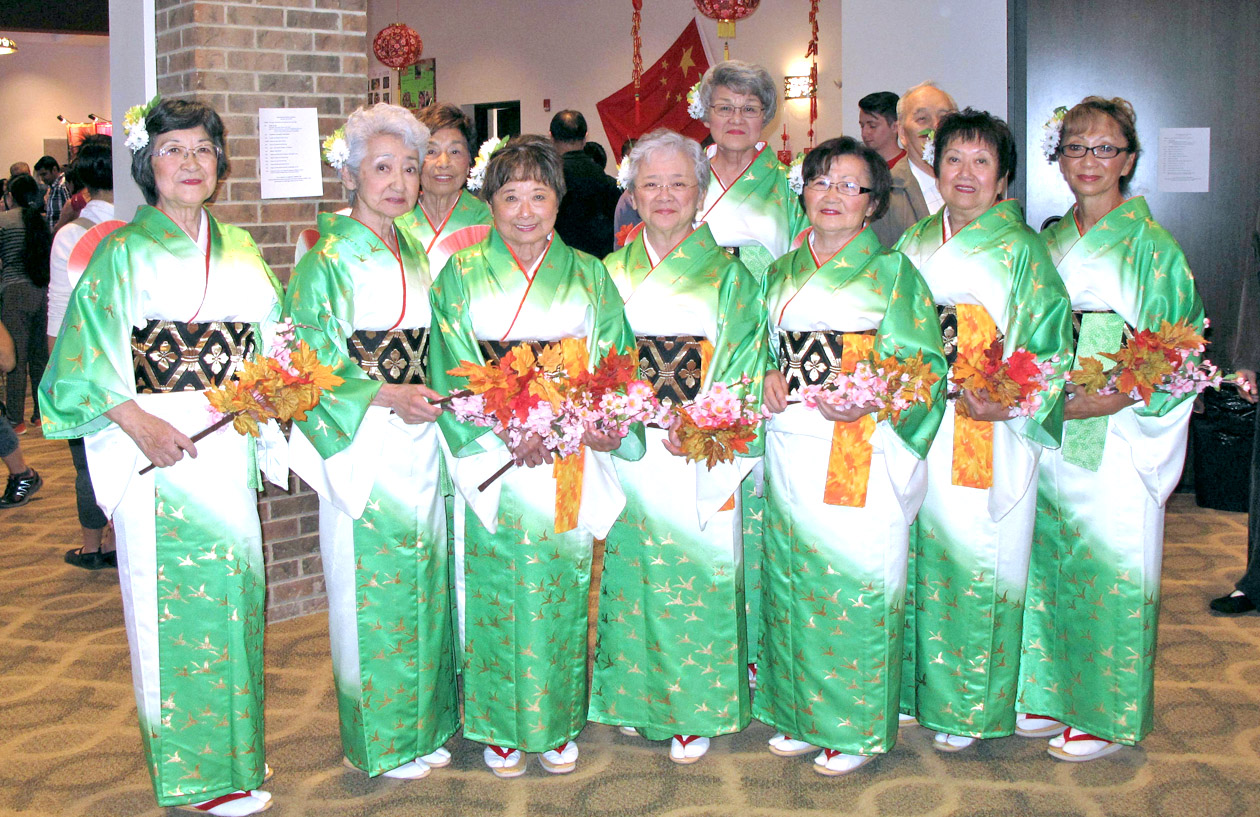 Uprooted from their homes during World War II, Japanese Canadians that settled in the city of Lethbridge — located in Southern Alberta, Canada — now find themselves living in a vibrant cultural center that is welcoming to all.

Lethbridge is a city of many faces. Located in Southern Alberta, it is the fourth most populous city in the province, where 32 ethnic groups intersect in a vibrant dance of unity and cooperation. The city of nearly 100,000 also boasts the third-largest community of Nikkei in Canada, after Toronto and Vancouver. 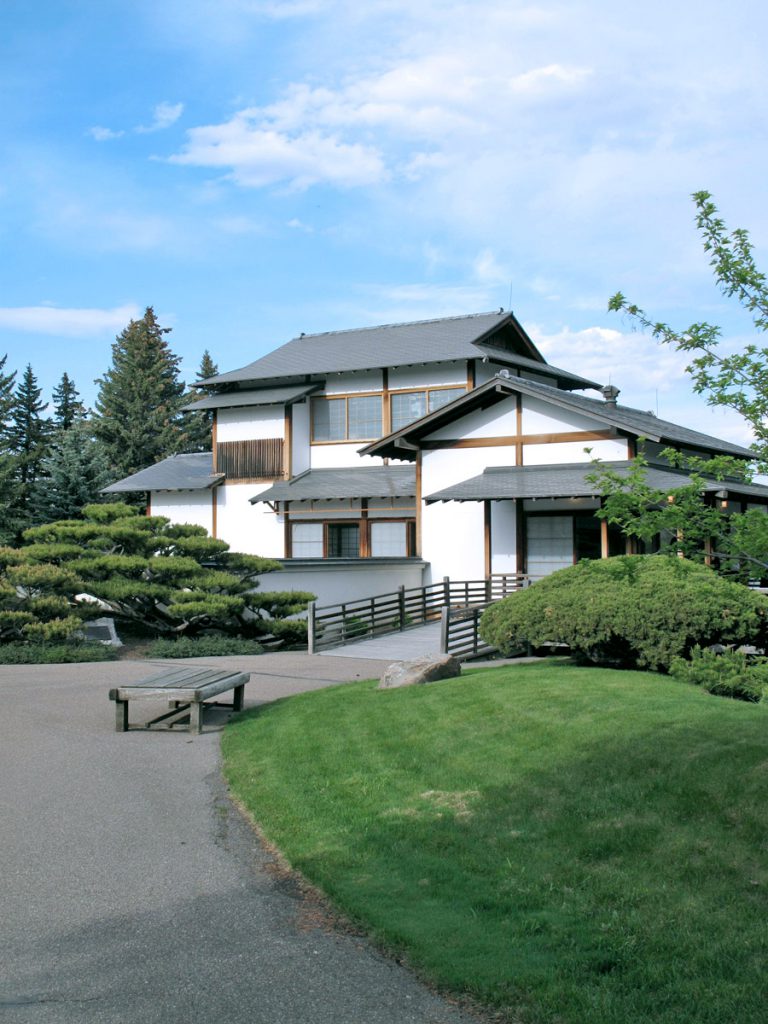 A view of the Nikka Yuko Japanese Garden building in Lethbridge, Alberta, Canada.

Today, Lethbridge is the cultural center for Japanese Canadians living in Southern Alberta, but that wasn’t always the case.

Back in 1942, the town council declared Lethbridge off-limits to Japanese Canadians who were expelled from British Columbia and sent to work on the sugar beet farms in the small agrarian communities of Southern Alberta.

By “voluntarily” leaving the protected area of B.C., a few Nikkei men were able to keep their families intact and escape the fate of most, who were separated from their families and held captive in isolated road gangs, where they were forced to do what amounted to slave labor.

In her book “Ganbaru,” Rose Murakami wrote that her parents had just finished paying for their home on Salt Spring Island when Royal Canadian Mounted Police officers, on the night of March 17, 1942, arrested her father, Katsuyori Murakami, and hauled him off to work in one of these road camps. She and her family, who were being detained in Greenwood, B.C., didn’t know of his whereabouts until Mrs. Murakami received a censored letter from her husband, telling her of his captivity in the Yellowhead road camp.

The men sent to work in the labor camps were forced to eat and sleep in smelly, unheated and unventilated railroad boxcars and tents. Their paychecks were garnished for the cost of their food and shelter, for workman’s compensation contributions and for the subsistence of their families imprisoned in the Kootenay.

Takeo Ujo Nakano, the celebrated tanka poet, recalled receiving only $4.75 for seven weeks’ work. “What a miserable sum!” he wrote in his journal, “Within the Barbed Wire Fence: A Japanese Man’s Account of His internment in Canada.”

In July 1942, Katsuyori Murakami was provisionally released from the road prison camp as long as he agreed to work on the sugar beet farms in Alberta, where there were acute labor shortages.

Finally reunited with his family in Magrath, Alberta, Katsuyori and his family, who had previously enjoyed supplying the elegant Empress Hotel in Victoria with strawberries grown on their Salt Spring Island property, were relegated to live in a chicken coop swarming with flies and forced to get their water from a slough used to supply farm animals. Other similarly displaced Nikkei were sent to live in vacant granaries.

When the B.C. Security Commission received a letter of complaint from the Murakami family’s eldest daughter, the commission allowed the Murakamis to move back to the Slocan area in B.C. (under armed guard) to share an unheated tent with three other families in the deep snows of winter.

In January 1943, they were displaced again, this time to Rosebery. It was there the Murakamis learned that the Canadian office of the Custodian of Enemy Property had auctioned off their holdings to a white veteran — without their consent.

After the war ended in 1945, the imprisoned Japanese Canadians were given an ultimatum. Rather than being allowed to return to their homes as they had been promised by the federal government in 1942, they were now confronted with a cruel choice: exile “East of the Rockies” or deportation to war-torn Japan, a land many Japanese Canadians had never seen and where they were not welcome.

Determined to regain ownership of their property on Salt Spring Island, the Murakamis refused to be sent away to Japan. They were displaced from Rosebery to the New Denver incarceration site, and then from New Denver, fled once again to Alberta.

The ruthless discharge of the War Measures Act and a series of Orders-in-Council by British colonizers drove enterprising, often brilliant and prosperous ethnic Japanese into poverty, homelessness and economic servitude.

Such genocidal schemes succeeded in creating an underclass of migrant workers, many of whom were citizens, for exploitation by their white masters. The Nikkei, fleeced of their rights and property, were sent to toil in small agricultural communities outside Lethbridge, in places like Raymond, Magrath, Taber, Coaldale and Picture Butte, and forced to endure spiteful restrictions that were kept in place until 1949, four long years after the end of World War II.

A decade later, a group of Mormons, led by Charles Ora Card, migrated to what was then known as the North-West Territory and established a settlement in Cardston, 49 miles southwest of what is now Lethbridge. There they built the first church of the Latter-day Saints in Canada.

“They were being persecuted in America,” explained Pastor George Takashima, vp of the Nikkei Cultural Society of Lethbridge & Area and retired minister of the United Church of Canada.

The Latter-day Saints are credited with developing the first major irrigation canal system, which allowed them to kick-start the sugar beet industry in Southern Alberta.

“Raymond and Stirling are Mormon communities,” said Takashima. “The Mormons were good to the Japanese Canadians. A number of Nikkei converted because the Mormons took them in and gave them jobs.”

The kindness of the Mormons notwithstanding, in May 1946, 4,000 Japanese Canadians were herded aboard U.S. military transport ships sailing to Japan. Many of the deportees, while subjects of the British Crown, were stripped of their citizenship and legal resident status — and thus forced to forfeit the right to return to the country where they gave birth to their children and raised their families.

Meanwhile other “freed” internees, like the Murakamis, who were determined to remain in Canada, fled to Alberta and other parts of Canada to work in the sugar beet industry as sharecroppers.

Escape to Alberta didn’t mean respite from racism — even after the war had ended. The Nikkei hoping to resettle in Alberta faced entrenched policies of discrimination that had been instituted in 1942.

Protests by the local white communities against the first wave of Japanese Canadians from B.C. had influenced local town council politicians to appease their angry white constituents by barring the refugees from buying land, from membership in unions, traveling to and within Lethbridge, taking up permanent residence and withholding their right to free education for their children.

The small number of Japanese Canadians that had been living in Alberta decades before the outbreak of hostilities between Japan and the Allies did not escape persecution either.

Mary Kiyooka wrote in her journal, “Mothertalk,” published by her son, Roy Kiyooka, that the early Nikkei settlers in Alberta were often abruptly fired from their jobs in 1942 because, as insignificant as their numbers were, they, too, were viewed as a threat. 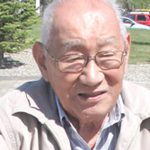 T.J. Nakamura, an elderly Nisei who lived through such tyrannies, today enjoys sitting on a bench overlooking the Old Man River coulee just outside the seniors’ residence in Lethbridge where he lives.

Nakamura recalls as a child being forced to work alongside his parents on a sugar beet farm after they were thrown out of British Columbia, the province where he was born.

“I decided I never wanted to do this kind of work again as long as I lived,” said Nakamura. “So, I earned my certification as a mechanic.” As a teenager, Nakamura recalled being barred from eating at local restaurants in Rocky Mountain House. “We were forced to cook for ourselves, even though we could pay to eat in a restaurant,” he remembered.

Like T. J., many Japanese Canadian children in Southern Alberta had to perform hard physical labor in the fields.

As well as providing sugar for Canadian kitchens, these innocents had no idea they were also supplying sucrose vital for the production of munitions.

Okinawans had come to Alberta in the early 1900s. Choosing the rigors of living in the harsher climate and strong winds of the prairies over the moderate temperatures of the Lower Mainland of B.C., the Okinawans, according to Takashima, decided to settle in Alberta to get away from the ethnic Japanese, who they knew were living on the coast.

“They became coal miners, and today, many Okinawans are professionals, civic leaders and have married outside their group, sometimes with the Japanese Canadians,” Takashima said.

The vast majority of Nikkei living in the Lethbridge area today are practicing Buddhists. The first Buddhist temple in Alberta was established in 1929 through the purchase of a former school in Raymond that had also been used as a Mormon meetinghouse.

Temples in Picture Butte, Coaldale, Taber, Rosemary and (eventually) Lethbridge were also established to accommodate the religious practices of the Japanese Canadians who migrated to Southern Alberta after being ordered to leave B.C.

The Buddhist Temple of Southern Alberta, located in Lethbridge, was established in 2006 to consolidate the Buddhist temples of the region.

Celebrations of the now harmonious Nikkei community in Lethbridge are often held at Nikka Yuko Japanese Garden, located on Henderson Lake. This stunning garden was created in 1967 by the landscape architect Tadashi Kubo of Osaka Prefecture University.

Kubo’s design of the garden integrates the vastness of the prairie landscape with the symbols widely recognized in the Japanese garden art form. The name “Nikka Yuko” signifies the synthesis of Canadian culture with the Japanese aesthetic sensibility: Ni representing Japan, while Ka signifies Canada. The word Yuko imparts the meaning of friendship to the garden name.

This past May, during Canada’s federally designated Asian Heritage Month, the first annual Asian Heritage Festival was organized by Takashima at the Southern Alberta Ethnic Multicultural Centre in Lethbridge.

“The Multicultural Centre is the only one of its kind in Canada where every ethnic group participates,” Takashima said.

Transplanted Canadians, who settled in Southern Alberta — by choice or force — gathered at this remarkable venue to celebrate the unique culture of Lethbridge, the city they now call home.