A Passion for Ballet

Ria Adachi pursues her dream of becoming a professional dancer at the world-famous Bolshoi Academy in Moscow. 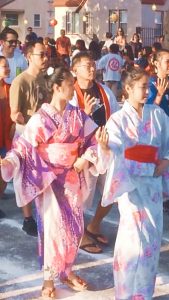 Ria Adachi, in purple kimono, and her sister, Lina, participate in a local bon odori in 2018, just before Ria left to pursue her academic year in Russia. (Photo: Courtesy of Ria Adachi)

Beyond the community setting of the local Bon Odori, dance is not a field that has prominently featured Japanese Americans in the past. However, 18-year-old Ria Adachi is a rare exception, as her passion and talent for classical ballet has led her across the ocean to study at the world-famous Bolshoi Academy in Moscow.

Born and raised in Chino Hills, Calif., Adachi is the daughter to a Japanese immigrant mother and Shin-Nisei father, making her a Shin-Sansei. Although there was not much of a Japanese American community where she grew up, Adachi has a close relationship to her Japanese relatives. Her father also made sure to take her to the Gardena Obon and Tanabata festivals so that she would have a knowledge of her culture.

Growing up in the outskirts of Los Angeles, Adachi tried her hand as a child actor before switching to dance.

“When I was about 9 years old, I auditioned for a Target commercial. Unfortunately, I didn’t make the cut because they were looking for real ballerinas. I was sad because I wished I was a ‘real’ ballerina,” Adachi remembered. 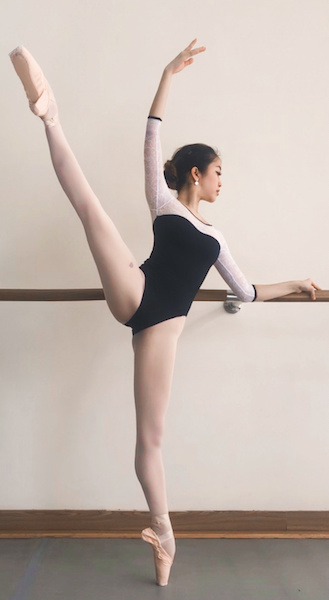 Ria Adachi hopes to pursue a career as a professional ballerina. (Photo: Courtesy of Ria Adachi)

Shortly after that audition, Adachi’s parents enrolled her at the Nouveau Chamber Ballet and Anaheim Ballet. It was Adachi’s principal dancer role as the Sugar Plum Fairy in the Nouveau Chamber’s 2017 production of the “Nutcracker” that put her on the radar of the Bolshoi and secured Adachi an invitation to participate in its summer intensive program in 2018.

Founded in 1776, the Bolshoi Academy is among the world’s oldest ballet companies and is recognized as one of the foremost companies in the world. Among its more than 250-year history, some of the world’s premier dancers have emerged from the school, including Olga Lepeshinskaya, Raisa Struchkova, Natalia Bessmertnova and Vladimir Vasiliev and Mikhail Lavronsky.

The Bolshoi Ballet Academy has a long history of artistic collaboration with dance education institutions from around the world, including the U.S. and Japan. Members of its faculty frequently conduct master classes in choreography and dance-related disciplines to further improve dance education outside of Russia.

On Dec. 1, the academy was awarded the Japanese Foreign Minister’s Commendation for its contributions to the promotion of cultural exchange through art between Japan and Russia.

In a statement on its website, the academy said, “The Bolshoi Ballet Academy is proud of its strong artistic connections with Japan. We appreciate the courtesy of the Ministry, as well as the high estimate of our activities.”

Adachi explained her unique pathway into the acclaimed and prestigious school. 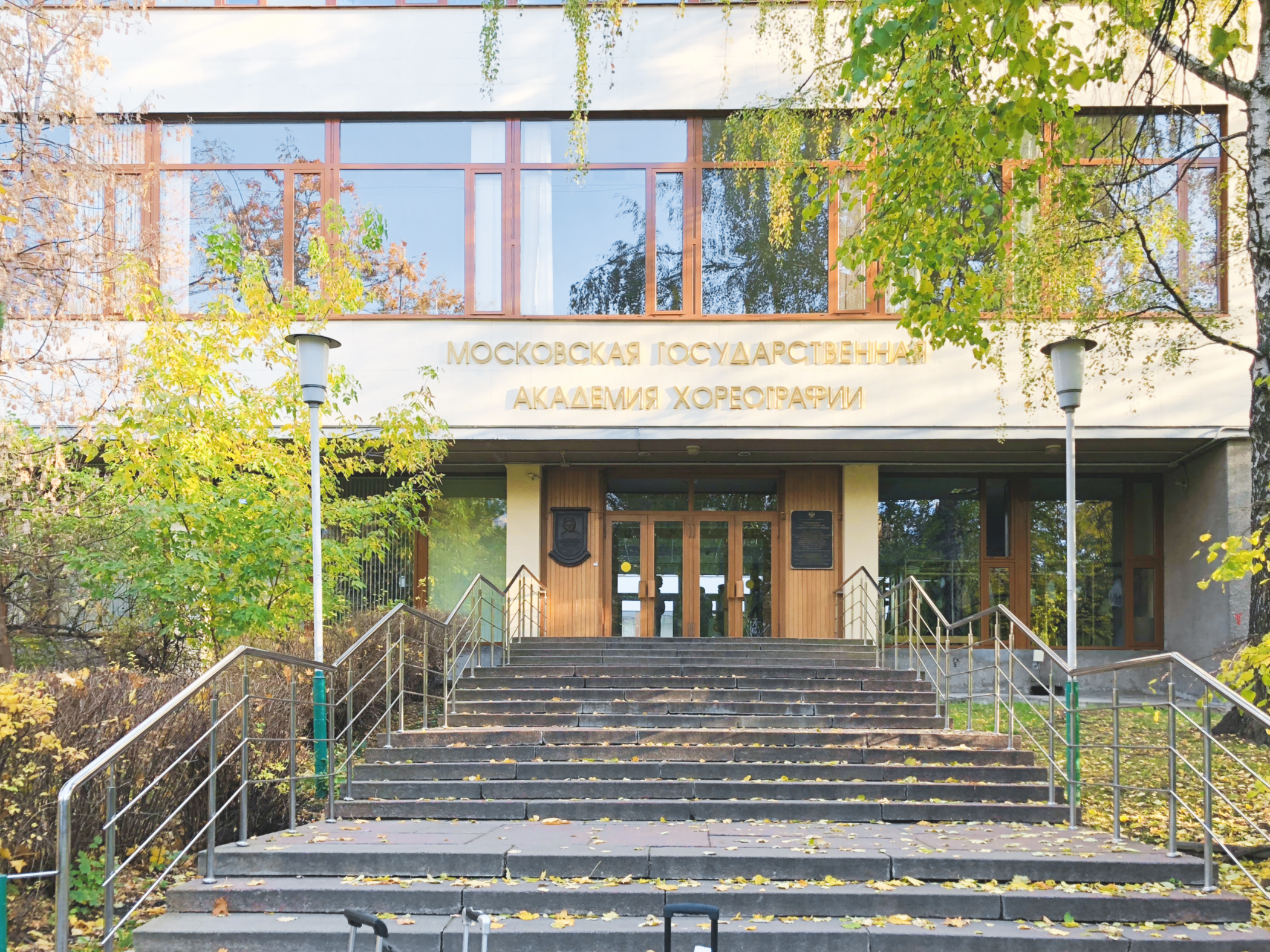 The Bolshoi Ballet Academy in Moscow is one of the oldest and most prestigious schools of ballet in the world. It is the affiliate school of the Bolshoi Ballet. (Photo: Courtesy of Ria Adachi)

“You can audition online, but I had a different path. I did a summer intensive with them in 2018 and was there for six weeks. After the intensive ended, I got an invitation to continue on for the full year,” Adachi said. “There are people that audition online or come to Russia to try in person, but I didn’t have to go through that process. I don’t know how many people audition yearly, but there are only a couple in each age group who get in each year. There are probably a hundred new students each year, but that is across all the classes that are separated by age and skill level.” 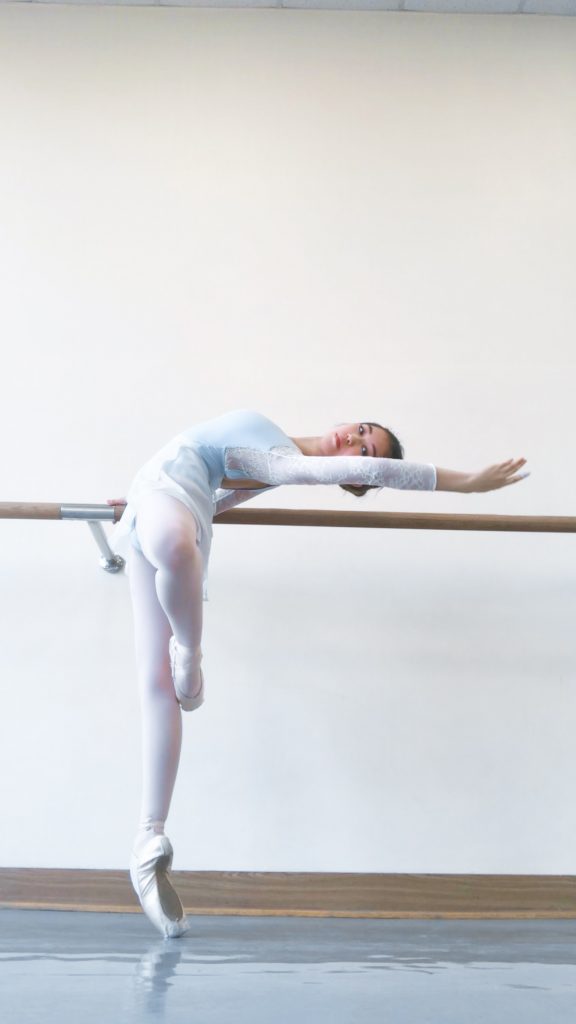 Adachi is currently the only Japanese American dancer at the Bolshoi Academy. (Photo: Courtesy of Ria Adachi)

In addition to the competitive audition process to gain entrance into the academy, very few students are allowed to study at the school through the completion of the program.

Adachi explained, “We had an exam at the end of last year to get into the next class. Out of 100 students in my age group, only 12 people were able to pass.”

“It is hard because all classes are in Russian, and we have tests at the end of the year determining whether or not we can advance to the next school year,” Adachi elaborated.

“I’m one of the few Japanese Americans who have attended the school and the only one in my class,” Adachi said. “There was one other student who graduated last year, but I’m the only Japanese American for now. The others are Japanese from Japan.”

Thanks to her family’s relatively recent immigration history, Adachi has been able to learn some Japanese.

She elaborated, “I speak a little bit, but I’ve forgotten some of my language. I do speak to the Japanese people and it helps me keep up. It’s kind of hard to switch between languages because I’ll get Russian, English and Japanese mixed up. But, it’s really nice having other Japanese people around.” 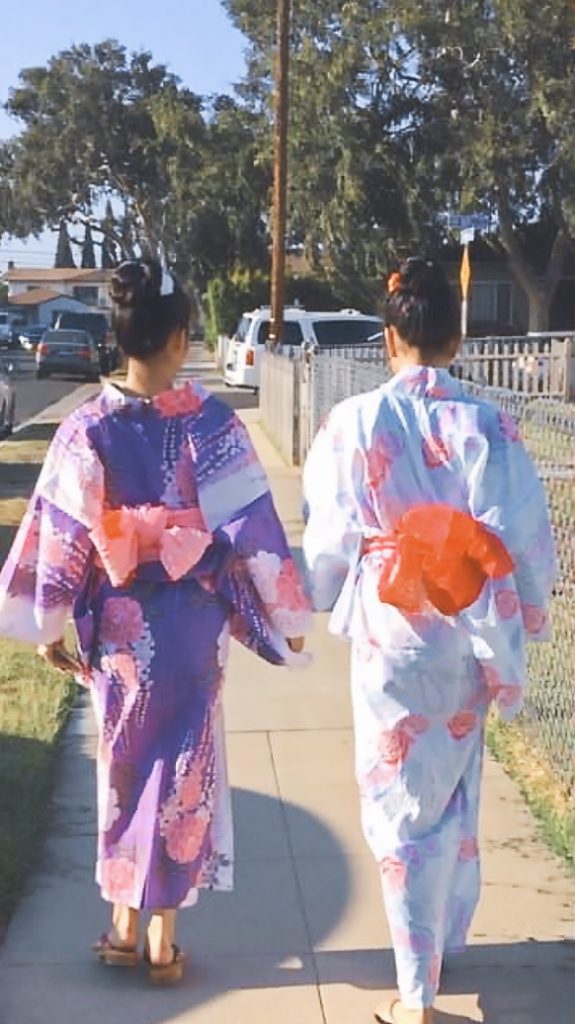 However, as a result of the Covid-19 pandemic, the Bolshoi Academy has closed its in-person instruction, and Adachi is now back in California with her parents. Like so many other educational institutions, the academy is finding ways to continue instruction via Zoom.

“It is pretty hard to figure out a schedule due to people living all over the world,” said Adachi. “My fellow classmates that are participating online are from Russia, Japan, Canada, France and the U.S. I have classical dance from 7-10 a.m. and 11 p.m.-1 a.m. I also have some school classes that are at 3 a.m. and 6:45 a.m.”

Aside from issues with differing time zones, remote dance instruction presents its own unique challenges.

“Dancing at home is hard. Instead of being in a large studio, using a proper barre and dancing on marley (premier dance flooring, used in professional performance spaces, made from slip-resistant vinyl), I’m dancing in a smaller area, using a chair and dancing on a hard marbled floor to fit the camera radius,” said Adachi.

Despite the current pandemic, Adachi plans to continue working toward her career as a professional dancer. 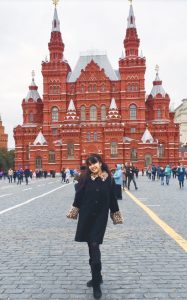 “I want to do this until I can’t,” she said. “I really like dancing, and I hope it takes off. It’s hard, especially for girls, since there are a lot of dancers that are amazing. It’s really up to you. If you’re lucky, you’ll have other companies scout you. But most people have to go out and audition at places to get a job yourself. Some companies have open calls, others ask you to send in a résumé and determine whether you can take the company class to audition. After that, they decide whether or not they want you.

“There are a lot of other people doing the same thing,” Adachi continued, “and they all want the same jobs. You have to audition at many places. It’s like trying to get into university. Sometimes companies have an audition, and they won’t accept anybody. It’s very competitive.”

Adachi hopes to dance professionally at the Bolshoi after completing its program, but she acknowledges how rare of an opportunity that is. If the Bolshoi does not select her, she plans on applying to the San Francisco Ballet and Royal Ballet companies.

Regardless of where she eventually ends up, Adachi has already achieved something that few others can claim: being a student at the world-famous Bolshoi Academy.