A Secret Darkroom: How a Father and Son Documented Life in Heart Mountain, Wyo. 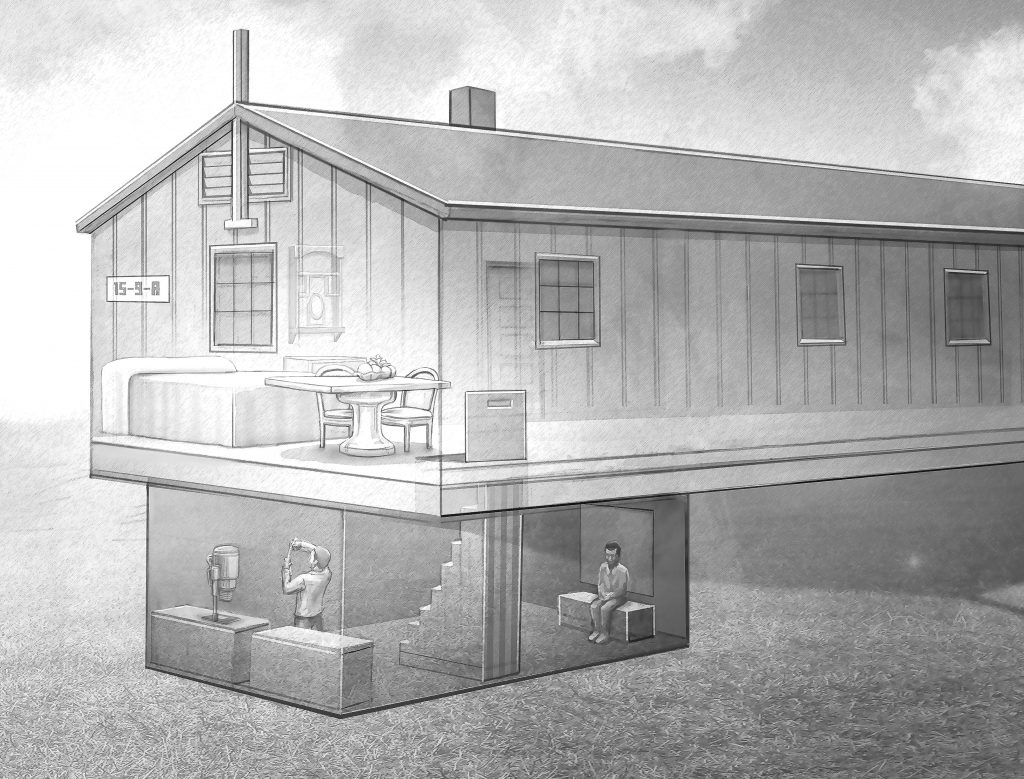 George Hirahara, with the help of his teenaged son Frank, built a six-foot darkroom and miniature photo studio under their barrack apartment “15-9-A” in Heart Mountain, Wyo., in 1943 in order to document life inside the camp.

Unsure of the consequences, the two amateur photographers from Yakima, Wash., took and developed more than 2,000 images inside the camp and gave their own personal narrative of what they saw through the camera lens from 1943-45.

The reason the darkroom was a secret was due to the fact that George Hirahara was an alien and was prohibited from using or owning a camera. His son, Frank C. Hirahara, however, was an American-born citizen and could possess and use a camera but not take any photographs of military-sensitive locations.

In reviewing WRA Hirahara family files, it appears the administrators in Heart Mountain may have been aware of the family’s photographic activity but felt the Hirahara’s were preserving history during a time that should never be forgotten and did not report their activity.