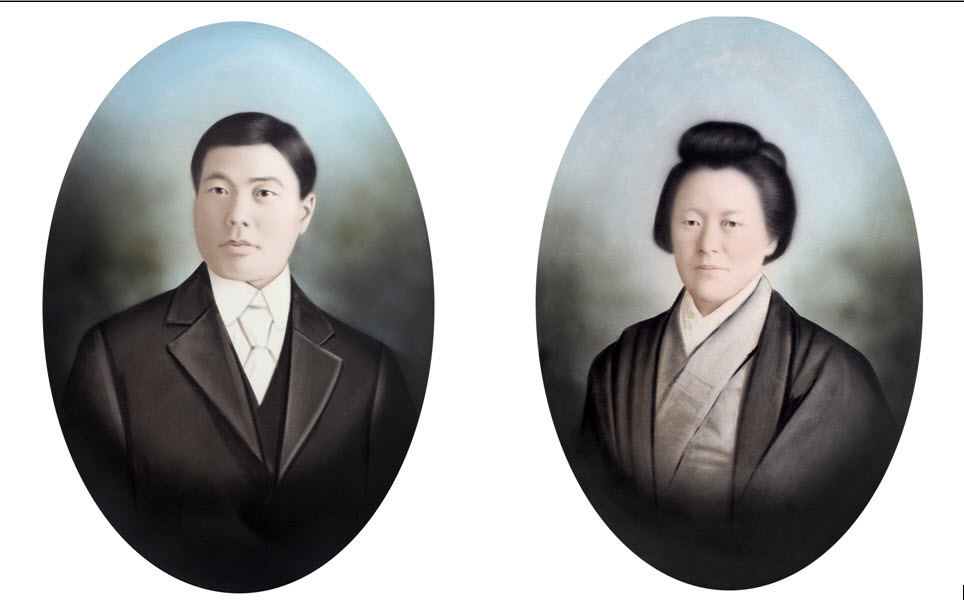 The writer reflects on the importance of preserving the Japanese pioneer legacy in the U.S. and follows in her grandfather’s footsteps as she is named grand marshal of the 37th Washington State Pioneer Power Show.

When I became the last of four generations of the Hirahara family who immigrated to the United States from Wakayama Prefecture in Japan, I never fully understood how significant this journey would be, for me, in preserving the Japanese pioneer legacy in the United States as well as creating an opportunity for other Japanese American families to be recognized for their contributions in their communities and the mark they would make in history for future  generations.

My great-grandfather, Motokichi Hirahara, took the chance to come to Tacoma, Wash., in 1907, alone — leaving his wife and son back in Japan — to see what kind of life he could make for his family here in America.

Luckily, he came at the right time due to the Gentlemen’s Agreement of 1907. This was an informal agreement between the United States and the Empire of Japan, whereby the U.S. would not impose restrictions on  Japanese immigration, and Japan would not allow further emigration to the U.S.

The goal was to reduce the tensions  between the two nations, and though the agreement was never ratified by Congress, it was ended by the Immigration Act of 1924.

My great-grandfather stayed in Tacoma until 1909 and then went back to Japan to bring his family to the State of Washington the following year in 1910.

These dates had me puzzled for a number of years since immigration and passenger manifests showed both 1907 and 1910 as the years my family came to the U.S. In light of further investigation, I now understood why the year 1907 was recorded as the official year my family came to this country.

Instead of staying in Tacoma when they arrived, my great-grandparents, Motokichi and Sato Hirahara, brought their 5-year old son, George, to the Yakima Valley in  Central Washington, where they stayed until the incarceration of Japanese and Japanese Americans during World War II.

Motokichi Hirahara leased land in  Wapato, Wash., in 1919, and his signed lease document is now part of my family’s  collection at the Yakima Valley Museum.

Also, according to War Relocation Authority documents, my great-grandfather farmed a 160-acre truck farm in Yakima, Wash., from 1921-26 and then continued to work on other farms from 1936 until the evacuation.

My family’s history has been well- documented in articles in the Pacific Citizen, but in having the opportunity to personally go to the National Archives in Washington, D.C., this was the gold mine that helped me understand the early years of my family’s 79-year history in the Yakima Valley.

My family was very fortunate that it did not lose as much as others due to the advice my grandfather received from his Yakima friends while running the Pacific Hotel.  He hired a Yakima attorney and real estate broker to look after their small Yakima house and property, from 1942-45, that they had at the outskirts of town.

These WRA letters asked my grandfather to consider coming back to Yakima due to the closing of the Heart Mountain, Wyo., camp. In a letter dated June 15, 1945, WRA Yakima Office Relocation officer Murray E. Stebbins wrote, “Mr. Hirahara enjoys a very fine reputation in Yakima, and I am very anxious to be of assistance to him in every possible manner.”

In reading this letter and another one dated Oct. 4, 1945, from Heart Mountain to the Yakima WRA office, it said, “Please refer to our letter of June 11, 1945, regarding this party. Mr. & Mrs. Hirahara left on October 2 for Yakima. He was driving his own car and has a small home at First and Washington Streets in Yakima. A son, Frank, is in college at Pullman, Washington. Mrs. Hirahara’s mother, Mrs. Sato Hirahara, accompanied them. This completes the relocation of this family unit. Yours truly, Joe Carroll, Relocation Program Officer.”

Their return was bittersweet since my great-grandfather, Motokichi, died at Heart Mountain in February of that year. But they were one of the first families to return to  Yakima in the fall of 1945.

With only about 100 people returning to the Yakima Valley area after the war for their resettlement, my family was able to return to the same house that they had owned in 1942. It was here that I found many of the Hirahara family’s artifacts, photographs, documents and books in 1992.

With my grandfather, George, passing away in 2000 and my father, Frank, in 2006, I was left with all of the Hirahara family possessions. I did not want to throw everything away since I felt these items could tell the history of not only my family but also the many Japanese descendants that came to the Pacific Northwest and in my hometown of Anaheim, Calif.

I created the Hirahara Family Collections in the City of Anaheim and at the Yakima Valley Museum; the Oregon Nikkei Legacy Center and Oregon Historical Society in Portland, Ore.; and Washington State  University, as well as donated two family  artifacts to the Smithsonian National  Museum of American History’s Japanese American Collection.

In seeing how these collections have been utilized to tell the Japanese American  story, my family’s roots in the Yakima  Valley have made me understand how  important this small community was to  Central Washington.

In the 1930s and ’40s, the town of Yakima was a thriving metropolis, complete with tall buildings and a large Japan town. Due to  research done by Dr. Isao Fujimoto of the University of California, Davis, and the late Tom Hide of Anaheim, Calif., a map was created by the Yakima Valley Museum to show the number of Japanese farms in the Yakima Valley at that time. There were about 99 farms in the valley before the war, and some have speculated that there may have been many more.

The contributions of the Japanese to the Yakima Valley became Hide’s passion since his family farmed in Wapato and Toppenish before the war. He would hold Yakima Valley breakfasts and luncheons during the Heart Mountain reunions and with his sudden death in 2012, the baton of keeping the legacy of Yakima alive was then passed on to me.

Not being born in Yakima, like my father was, I could understand Hide’s passion for not wanting to forget this very special place. He wrote, “It seems that no matter how far away you’ve relocated or how long you’ve been away — one always refers to the  ‘Valley’ as home. What a tremendous feeling it was to be amongst the people you grew up with. There were so many ‘old’ faces, some new faces and the matured faces of the little children we once knew,” he wrote for the first Yakima Valley Reunion in 1973.

So, when I was asked to be grand marshal of the 37th Washington State Pioneer Power Show on Aug. 18 and 19, I was so honored to be selected to follow in the footsteps of my grandfather, who had been given the same honor in 1987.

George Hirahara played a large part in the continued development of the Central Washington Agricultural Museum in Union Gap, Wash. The museum, which is the largest agricultural museum of its kind in the Pacific Northwest, was the site of this year’s pioneer power show, and its volunteers were amazing  in how they put together this two-day event. (https://youtu.be/eahdBz1rRPA)

My grandfather donated one of his large engines, in 1986, to the agricultural museum, and a friend donated his 1950s Ford pickup truck, which he used on the Hirahara Farm in Wapato.

Since I had never seen my grandfather’s Fairbanks Morse “Big Boy” 25 horsepower single-cylinder engine running before, Kent Blomgren and his son worked on the engine one week before the show so I could see the large engine in action. It was an amazing sight to see it create perfect white circle smoke rings in the air and see the sign that noted that this engine was donated by George Hirahara.

Seeing my grandfather’s old pickup truck be refurbished by Kent, as well, made it a very special opportunity for me to see what my family used more than 60 years ago.

This was a wonderful experience to share the story of the Japanese farmers of this region more than 75 years ago and remind people of how much they contributed to the agricultural community in Central Washington.

In being able to visit two generations of my family that are buried at Tahoma Cemetery in Yakima, I am happy that I am able to preserve the legacy of this special community.

I have also been working with Tammy Ayer of the Yakima Herald Republic newspaper and author Ellen Allmendinger on her new book the “Hidden History of Yakima,” which will be released on Oct. 29 and sold  on Amazon.com. The Japanese pioneer  story in the Yakima Valley will continue to be told.

The Yakima Herald Republic is also planning a special project that will focus on every article it has ever published about the Japanese pioneers in the valley — from the early settlers to current day. You can see the newspaper’s current stories on its special web page http://www.yakimaherald.com/special_projects/not_forgotten/.

This year has been a special year for me in being named an Honorary Alumna by the Washington State University Alumni Assn., being part of the first “Day of Remembrance” panel at the Yakima Valley Museum, receiving a proclamation from the Anaheim City Council and being named grand marshal of the Washington State Pioneer Power Show, something that I never imagined would  happen to me.

My family and others gave their trust in me to be able to tell the Yakima story, not only in the State of Washington, but also across this great country.

It has been an honor to tell their story as my family’s history has come full circle. This is truly my second home, one whose people inspire me every day. I hope future generations will not forget the Japanese pioneers of the Yakima Valley and the sacrifices that they made to help us be what we are today. 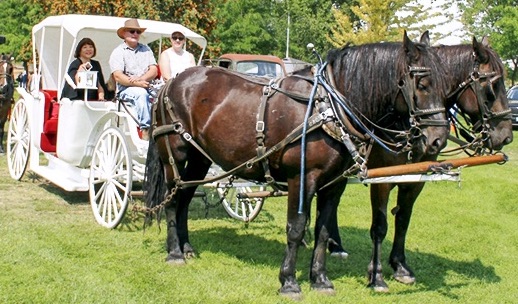