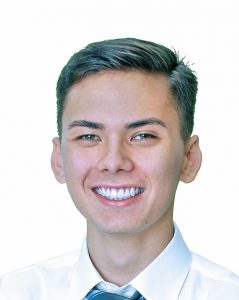 The longer I work in journalism, the more I respect people of action who are less inclined to talk about what they’re doing and more inclined to do and let others (me) do the talking. As a reporter, I’m constantly asking: How much publicity should I give people? Are they blowing hot air, or are their words sincere? And it’s why we, as a profession, have swallowed and subsist on the old adage of “show, don’t tell.”

Show a reader, through a detail that reveals something of a subject’s personality, who that subject is, rather than simply air a quote in which he or she talks about his or her own self.

And it’s why we’re always hesitant to give sources page space to promote themselves — if that self-promotion cannot be substantiated in actions and facts, if all they ever do is tell and never show, then giving them that page space verges on unethical.

And something I’ve seen in people my age — the 20- and 30-somethings — is a complete disavowal of action that is taken to be an action in itself.

Rejecting people’s attempts to affect change, writing them off as self-interested, or bigoted, or capitalistic, or — worst of all the nonsense words leaned on so heavily in academia — problematic, has become for some people an alternative for taking action itself. Or worse yet — it is being mistaken for action.

Writing off people’s real efforts to do, and raining criticism from Tweet decks and message boards, has substituted the act of doing for so many of my generation.

It is so easy to reject stances as flawed, shortsighted or uninformed; it is much harder to adopt a stance as your own, and apply it to the world.

I see people whose entire being seems to subsist on rejecting others’ values. I see entire organizations founded on something no less flimsy than a condemnation of all beliefs other than their own — except they have no beliefs. There is a vacuum at their core.

Perhaps this is a symptom of the environment in which my peers and I came of age.

As a liberal, I was acutely aware that my similarly liberal world trembled on a tripwire, straining to go off should I take one wayward step, make one ill-thought-out comment that might be construed as insensitive or patriarchal or classist.

And I’m not saying that that sensitivity is wrong — I believed, and still believe, you should always consider the effect of your words on the people around you.

But I think that sensitivity made it far more appealing, and less fraught, to retreat from taking a stance on anything, and retire to the shooting gallery to take pot shots at people less sensitive, less compassionate, less paralyzed by self-awareness.

And in that environment, mocking the cretins who, unlike us, were not attuned to the world and the reverberations of their words within it, became far easier.

And somewhere along the way, we mistook that contempt for action. We have not moved since.

But now, as a journalist, I see how vacuous that world is. A world of liberal flamethrowers what criticizes other liberals for their insufficiently liberal qualifications.

A world in which men writing books construed as tinged with patriarchy is worse than no books being written at all. Is that where we’re headed?

Are we headed toward a world so paralyzed by self-awareness that nothing is done or created? I hope not.

We journalists would have nothing to write about: nothing to show and nothing worth telling.

Matthew Ormseth is a graduate of Cornell University. He is a Yonsei, a hapa, a Millennial and a journalist.