Past and present collided in Los Angeles, separated by 50 years.

Just before AADAP commemorated its 50th anniversary on Sept. 17, news accounts reported a sadly familiar incident. On Sept. 13, a 15-year-old Los Angeles-area teen was found “unresponsive” on the floor of her high school’s bathroom. Hers would be the sole death among seven teens who had also reportedly overdosed since August. Instead of barbiturates, like in the 1970s, the drug in question was fentanyl. 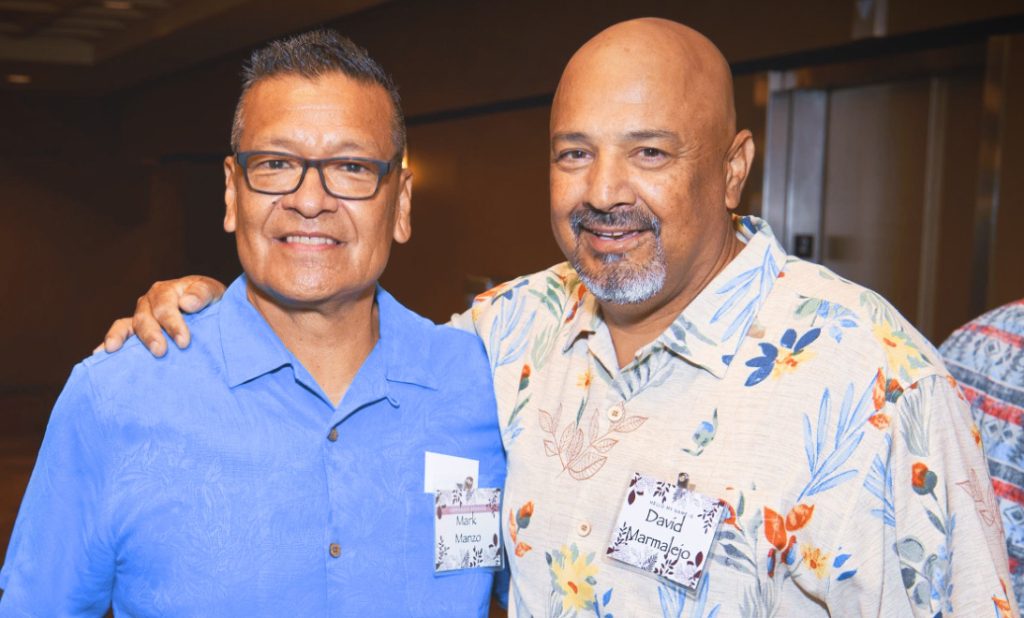 For Mark Manzo, who was present at the Westin Bonaventure Hotel gala as a table sponsor, the difference between becoming a statistic and a contributing member of society was AADAP.

“I always want to support this organization. It saved my life and gave me a whole new opportunity that I didn’t have before,” said the 1993 AADAP graduate, who also worked 11 years for the nonprofit and now operates his own business, Mark Manzo Construction.

The fundraising gala, was, in other words, a celebration not just for the 500 in attendance to mark five decades of AADAP since its humble roots or give glory to its leaders, past and present, or its evolution beyond its original goal to serve the Asian American demographic. It was also to serve as a tribute to people, like Manzo, who personified the organization’s motto, “Changing Lives and Saving Families,” and its “People Need People” credo. 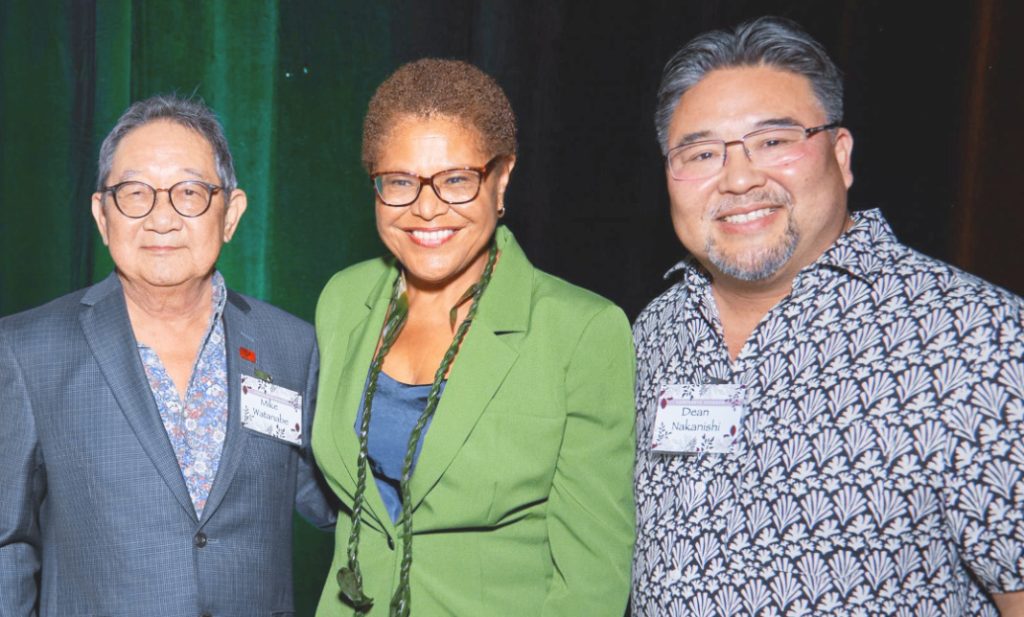 Receiving honors were Los Angeles mayoral candidate and U.S. Rep. Karen Bass (D-Calif.), recipient of the Mike Watanabe Leadership Award, named after the longtime AADAP leader who rose through the ranks from drug counselor to executive director over his decades of service. 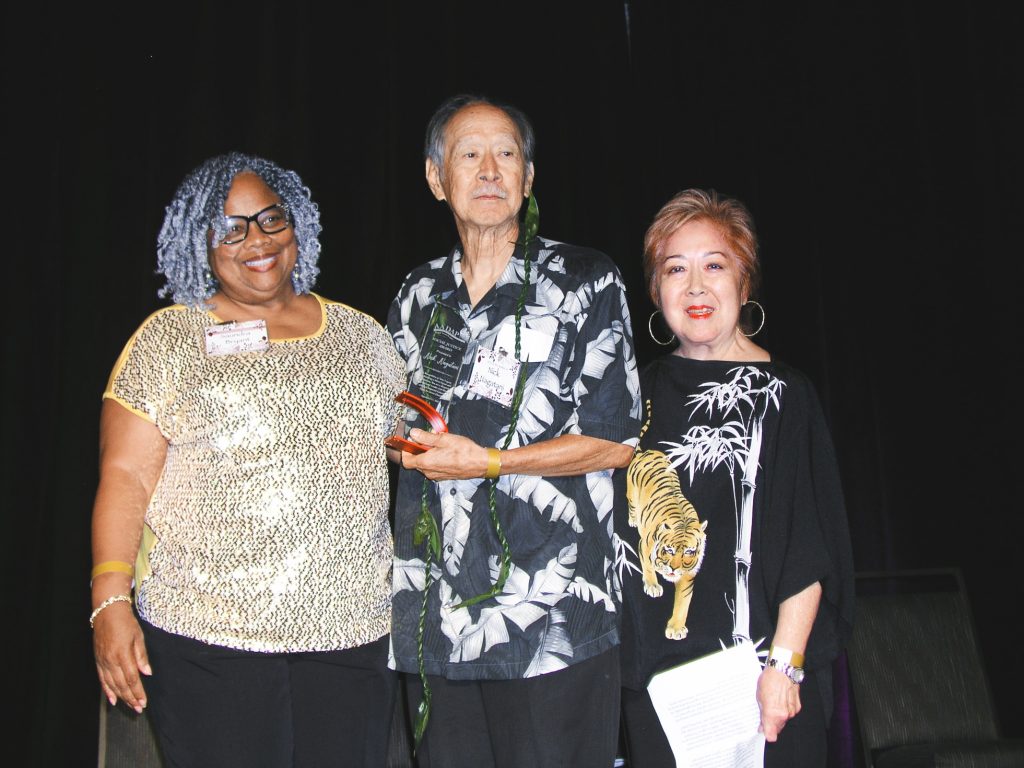 The Social Justice Award went to Nick Nagatani, attorney, activist, author and co-founder of the Yellow Brotherhood. The Heart & Soul Award was given to Marlene Lee, and the Kuleana Award went to the Aratani Foundation. 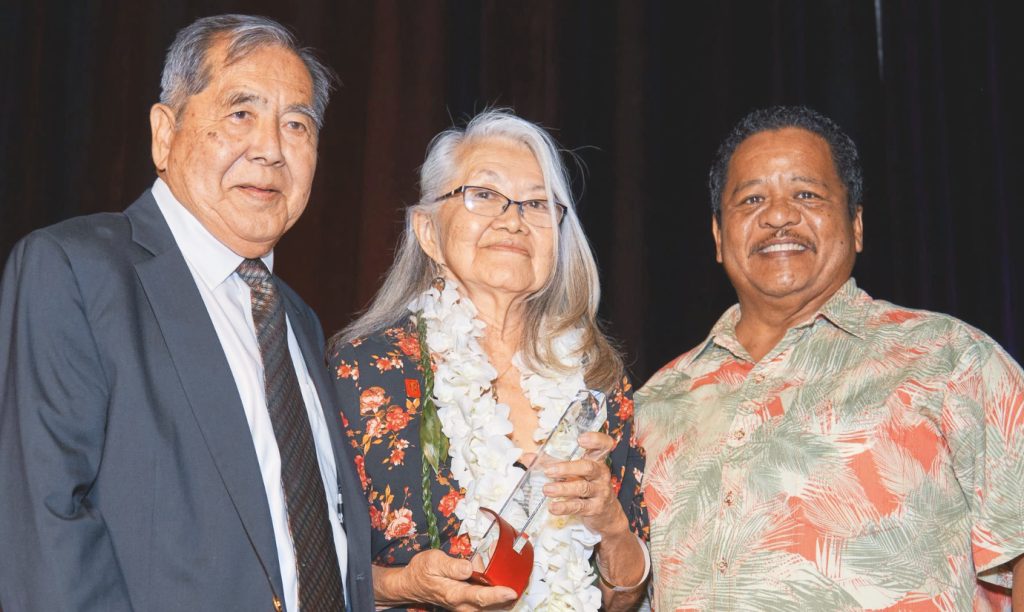 Serving as masters of ceremony were former AADAP staffer and board member and present-day Go for Broke National Education Center President and CEO Mitch Maki and educator and Miss America 2001 Angela Perez Baraquio Grey, with entertainment provided by her husband, singer Tini Grey, who crooned old school standards like “Let’s Stay Together” and “Change the World.”

Among the many speakers were event chair and AADAP board member Ty Carter, 40-year AADAP volunteer and board member Saundra “Sandy” Bryant, former AADAP Executive Director (1973-75 and 1980-81) Ron Wakabayashi and AADAP CEO Dean Nakanishi, who described the night as “the culmination of 50 years of your blood, sweat and rage and tears, as well as the culmination of 50 years of vision, inspiration, kindness and faith that make up AADAP.” 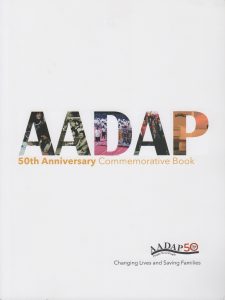 In the course of the program, a 50th-year anniversary video was presented. It can be viewed at tinyurl.com/4xthxdrx.

As for Manzo, the need for an organization like AADAP more than 50 years since its founding is a sad reality.

“That’s why I want to support it because it gave me a life,” he told the Pacific Citizen. “It gets really deep when you talk about drug addiction. And, you know, a lot of it usually stems from family, the upbringing and just being lost.

“Now, it’s even worse than when I was [a teenager],” Manzo concluded. “The peer pressure, the Internet … the drugs nowadays are scary. I’m glad I wasn’t involved in that.”