Helped in developing Asian American Studies programs across the nation.

Franklin Odo, the Hawaii-born author, academician and activist whose achievements and endeavors in research and historical inquiry in the area of Asian American Studies led to his becoming the inaugural director of the Smithsonian’s Asian Pacific American Program for a 13-yearlong stint beginning in 1997, died Sept. 28. He was 83. 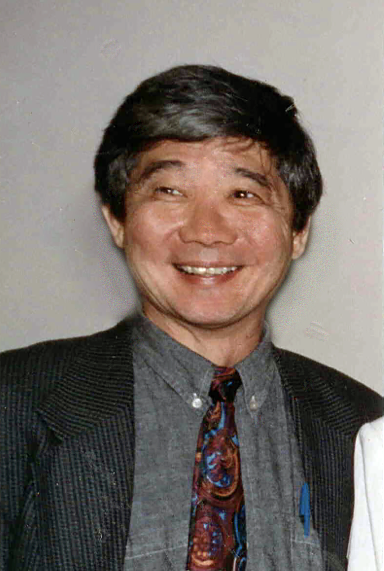 Odo’s most recent-position was teaching American Studies at Amherst College. Provost and Dean of the Faculty Catherine Epstein, in an email dated Sept. 30 and sent to faculty and staff, wrote: “We have been fortunate to have Franklin as a member of our community since 2015. His colleagues praise his tremendous intellect and range of knowledge; his generosity of spirit and kindness; his modesty; and his mentorship of faculty and students.”

As a writer and/or editor, Odo’s output includes “Roots: An Asian American Reader” (with Amy Tachiki, Eddie Wong and Buck Wong), “A Pictorial History of the Japanese in Hawai’i, 1885-1924” (with Kazuko Sinoto), “No Sword to Bury: Japanese Americans in Hawai’i During World War II,” “The Columbia Documentary History of the Asian American Experience” and “Voices From the Caneﬁelds: Folksongs From Japanese Immigrant Workers in Hawai’i.”

In a statement on behalf of the museum, Japanese American National Museum President and CEO Ann Burroughs said, “We are deeply saddened by Franklin’s passing. He was a respected scholar and pioneer in Asian American Studies and a great friend to the museum. His contributions to JANM, academia and Japanese American history will always be treasured.”

Phil Tajitsu Nash, an Asian American Studies Program professor at the University of Maryland, noted in a Facebook reminiscence of how he had more than “four decades of memories of Franklin, going back to my earliest days as a teacher of Asian American History and using ‘Roots,’ a book that he co-edited in 1971, as one of my textbooks.”

Continuing, Nash wrote, “Franklin had the charisma and infectious smile and generosity of spirit that drew everyone to him as he became the Johnny Appleseed of Asian American Studies,” a reference to his influence and involvement in the movement to promote Asian American Studies at the university level nationwide. “He had the credentials to make a career for himself at a prestigious private school, but he chose to work at many public and private universities with the children of all classes so that ethnic studies and cultural competence would be available to everyone, not just a few elites.” 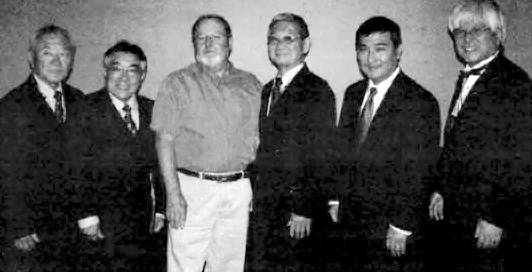 Franklin Odo (fourth from the left) was pictured in the Aug. 1, 2008, Pacific Citizen. He received the JACL’s President’s Award during the Sayonara Banquet at the organization’s National Convention in Salt Lake City.

Nash further praised Odo, writing: “Franklin also used his power and privilege to elevate the rest of us in important ways, as he did when he had me appointed as a curator at the Smithsonian for the Asian Pacific American Program at the 2010 Smithsonian Folklife Festival.

“I had been teaching Asian American History for 26 years by that time, but I had no idea how to curate a program on that scale: 10 days of programs on the National Mall and online. Luckily, Franklin knew all of the people to talk to, the arcane processes to follow and the bridges to build to make the program successful.”

At its 2008 National Convention, the JACL presented to Odo its President’s Award.

Odo is survived by his wife, Enid; their sons, David and Jonathan, and daughter, Rachel; brother, Alan; and four grandchildren.

(EDITOR’S NOTE: An oral history conducted by the UCLA Asian American Studies Center with Franklin Odo can be viewed at tinyurl.com/bdhhvpj5.)