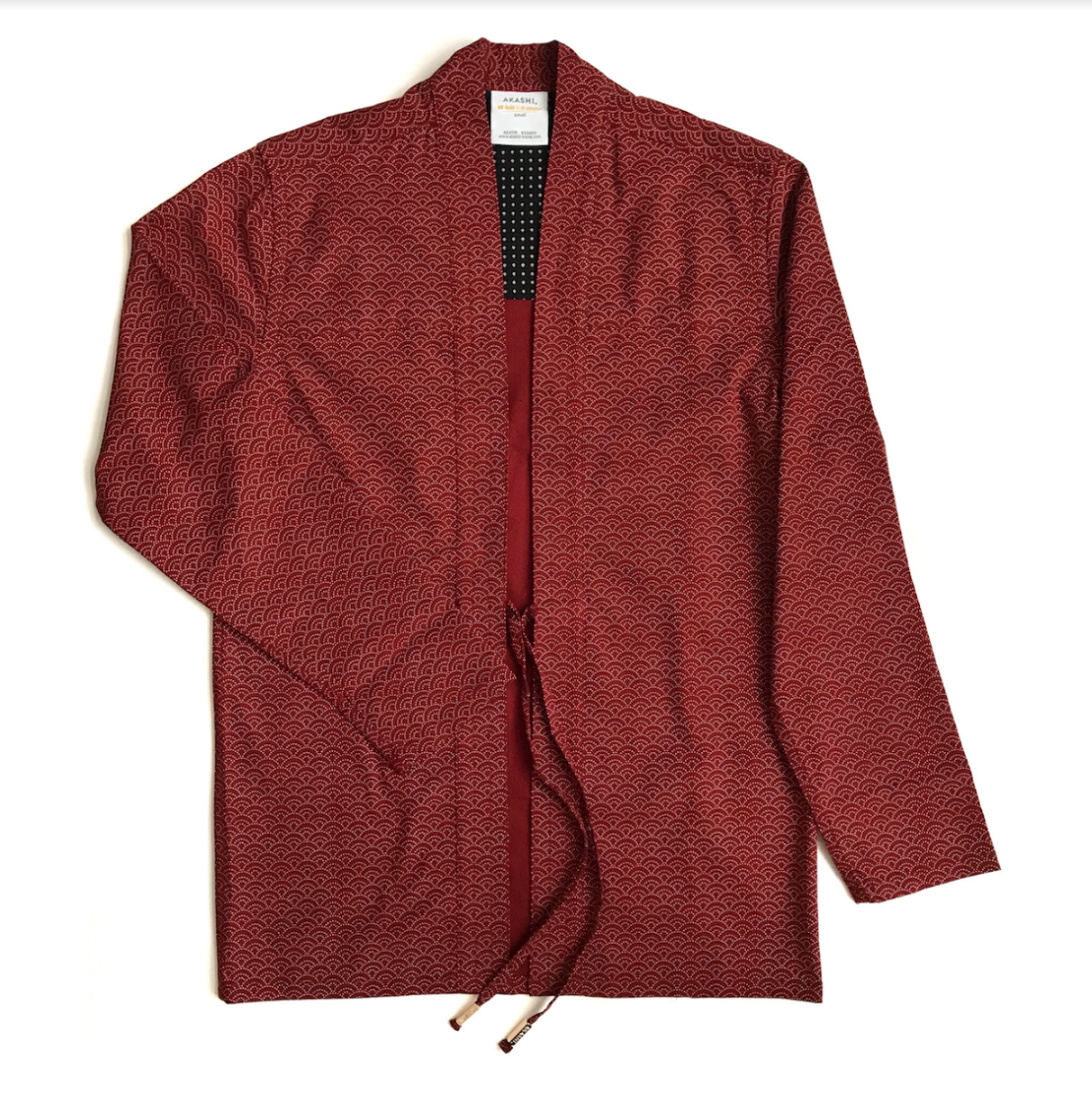 To say that Alec Nakashima experienced a true “aha” moment in Japan is an understatement.

While on his first trip there in 2018 as a member of the Kakehashi Project —a program sponsored by the Japan Ministry of Foreign Affairs and coordinated by the JACL and the Japan International Coordination Center that allows young Asian Americans to travel to Japan to gain a greater understanding of Japanese culture and history — Nakashima was instantly drawn to the country’s beauty and cultural significance.

While on tour of Mount Bandai during a homestay near Fukushima with his host family, Nakashima, then a product manager for a Silicon Valley company, was inspired to take a huge leap of faith. The result? The idea for his original clothing line, Akashi-Kama, was born.

Nakashima, who is a 27-year-old fourth/fifth generation Japanese American originally from Lodi, Calif., said, “This was all birthed from an idea I had on my incredible Kakehashi experience. After I got home, I kept looking for something that blended the beauty of the Japanese aesthetic with an American influence, a product uniquely paralleling my Japanese and American heritage. 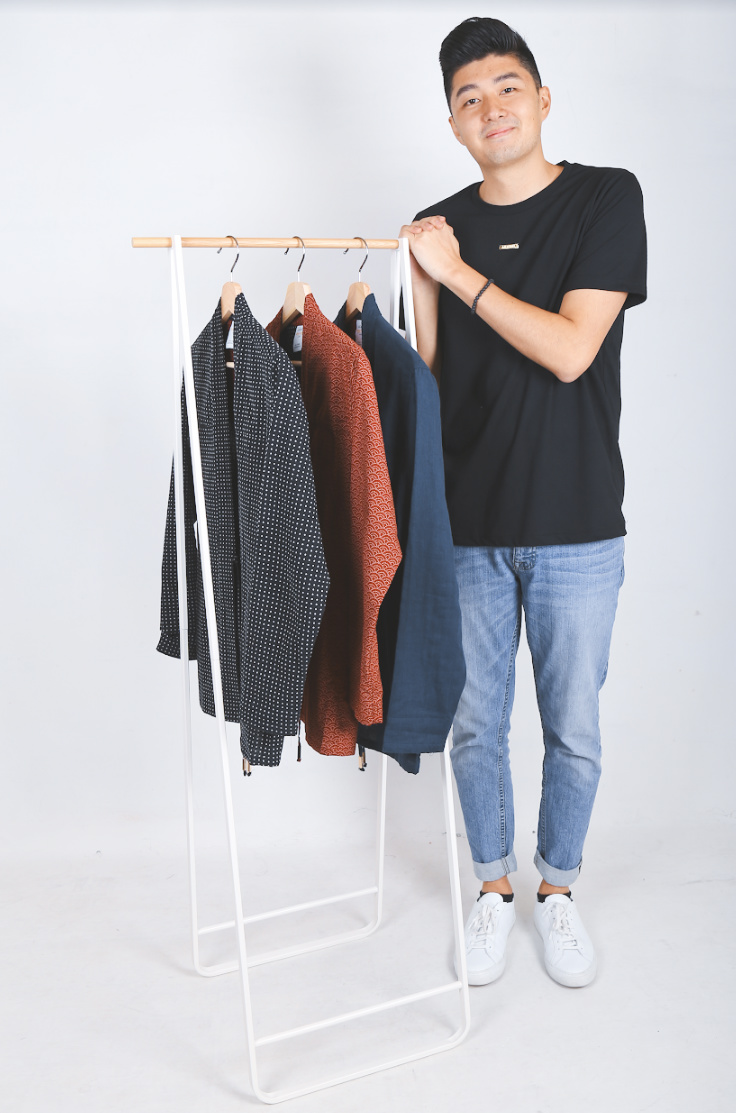 Alec with his first-run collection of Noragi jackets (Photo: Courtesy of Alec Nakashima)

“I had this desire to create something that blended that concept and design — a fusion of these two distinct worlds,” Nakashima continued. “But I couldn’t find anything that I was picturing in my mind, so I decided to design my own.”

Akashi-Kama launched online officially in May after Nakashima spent nearly 11-plus months coming up with designs, sourcing materials, taking production meetings and finding manufacturers to bring his sketches to life, each reflecting what being “JA” means to him.

“‘Akashi’ comes from a place in Japan, but it also comes from a middle section of my last name, and ‘kama’ refers to color,” said Nakashima of his clothing line’s name. “I wanted it to be something that you’ve never had any mental association with, something that’s really unique.”

Having a product background and an entreprenurial spirit helped him, but it really comes down to hard work, family support and faith in his product that spurred Nakashima onward.

“I left my full-time job to consult part-time so that I could do Akashi-Kama. I really believed in it — the soul of it is so strong, our hardworking history inspired me to see it through. I had to teach myself to push through obstacles and indicators that told me to stop, but I knew this collection could make an impact if I saw it through,” Nakashima said.

Having found a garment manufacturer in Oakland, Calif., and a Japanese American-owned distributor that imports fabric from Japan in Torrance, Calif., Nakashima then had the help of his wife, Lacey, who is a marketing professional, to assist him in establishing Akashi-Kama’s website and social media presence.

The first collection of Akashi-Kama launched featuring Japanese Noragi jackets that are cut and tapered with a more modern American flair.

Featuring three colors — indigo, red and black — the Noragi designs, which are sized for both men and women in XS-L, also feature gold Akashi-stamped agglets.

“You would never find the gold ends on a traditional Japanese jacket. I thought it was a cool way to add my design and flair on it. It adds movement to the design and are meant to be worn untied,” said Nakashima.

And each item, from the stitching to the tags, has been designed in a sustainable way in the Bay Area and completely self-funded.

“I’m really particular about the product quality. There were a lot of shortcuts we could of taken, ways to cut corners, but my vision from Day 1 was to be true to my heritage. I couldn’t give it any less,” Nakashima stated.

In addition to the Noragi jackets, the  collection also features T-shirts and hoodies that feature a Mount Bandai logo.

The response since Akashi-Kama launched has been extremely positive.

“We had a modest 125 Noragi jackets for our first run,” said Nakashima. “The incredible thing is that through the ability of marketing and community word of mouth, we’ve sold out of most of our stuff.”

Which is great news, as Akashi-Kama’s second collection is set to launch in early August.

“What has been really cool for me to see is that we have people of all age ranges buying them,” said Nakashima. “It’s been eye-opening. Anyone can wear these designs. It’s timeless.”

So what does Nakashima’s family think about Akashi-Kama?

“They are behind me 100 percent. They are entrepreneurs (Nakashima’s grandparents own Pacific Bowl in Stockton, Calif., and had a chain of grocery stores there), and they know this is my passion.”

Nakashima plans to continue for as long as possible.

“I really want to keep telling our story through my designs. It’s my unique voice — I have to stay true to my experience as a Japanese American.”