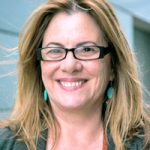 LOS ANGELES — The board of trustees of the Japanese American National Museum announced March 24 that Ann Burroughs has been named president and CEO of the museum. Burroughs had been serving in those roles in an interim capacity since June 2016.

“Ann has been a skillful leader of the Japanese American National Museum since her first day on the job. She quickly earned the respect and admiration of the museum’s boards, staff, volunteers, supporters and the community at large,” said board of trustees Chair Norman Y. Mineta. “She has helped articulate a vision for the museum that has resonated deeply with me, my fellow trustees and our governors.”

Mineta added, “During Ann’s tenure as interim president and CEO, we came to recognize that her deep professional experience, her vision and her passion for our mission made her ideally suited to the position. I know that Ann is the right person to lead the museum at this important time.”

Burroughs brings more than 25 years of experience in nonprofit leadership and management, resource development, strategic planning and strategic communications. She has worked at the executive director level, as an interim director, as a member of senior management teams, as a nonprofit consultant and as an executive coach. She also has deep experience working with organizations in transition, as well as with diverse communities in the U.S. and multiple countries abroad. Burroughs is currently the chair of the board of directors of Amnesty International USA.

“The Japanese American National Museum is an incredibly vital and vibrant institution, with board leadership, staff and volunteers who all demonstrate deep devotion and commitment to the important mission of the museum,” said Burroughs. “I’m honored to continue on as president and CEO, and I am committed to reinvigorating and finding new ways to advance the museum’s key values, emphasizing the importance of being vigilant about democracy and stressing the value of diversity in our world today.”

Prior to coming to JANM, Burroughs most recently served as senior consultant at Social Sector Partners, an organization that focuses on supporting social sector organizations through strategic adaptation and repositioning.