Memorial Day services at Golden Gate National Cemetery in San Bruno, Calif., were held on May 27. 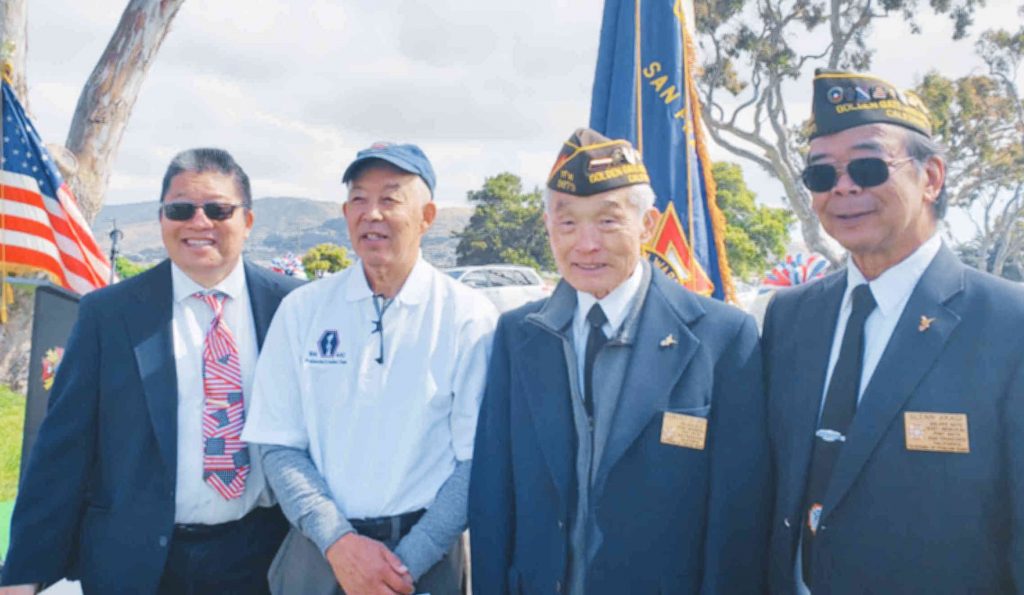 This year’s keynote speaker was Greg Marutani, chair of JACL’s National Education Committee, who highlighted the 75th anniversary of the liberation of Bruyères and Biffontaine by the 442nd RCT.

“My focus was on my personal experiences visiting Bruyères in mid-October 2015. Gerome Villain, along with his daughter, Tiffany (12 years old at that time), provided me with a most informative walk through their town, highlighting house-to-house combat that the 100th and 442nd confronted as the German troops were ordered to make a ‘last stand’ against the Allied forces from entering Germany, not far from Bruyères,” said Marutani to the Pacific Citizen. “The walk in the Vosges Mountains that the Nisei soldiers took toward rescuing the Texas Lost Battalion had me imagining what it must have been like. … With over 800 casualties to rescue around 200, there is no wonder many saw the Nisei soldiers as cannon fodder, yet it needs to be noted that the 100th/442nd accomplished every assignment. Some of the families in Bruyères even ‘adopted’ a Nisei buried in the U.S. cemetery in Epinal and would clean up a particular gravesite, take a photo and send it to the soldier’s family. I also learned that once a year, a white rose is placed on all of the gravesites in that U.S. cemetery.

“Those two and a half days in Bruyères are the most memorable of my travels overseas,” Marutani concluded. “The people from  Bruyères who have a history in the town  when the 100th/442nd liberated their  town still revere and appreciate the Nisei soldiers who liberated them from German occupation.”