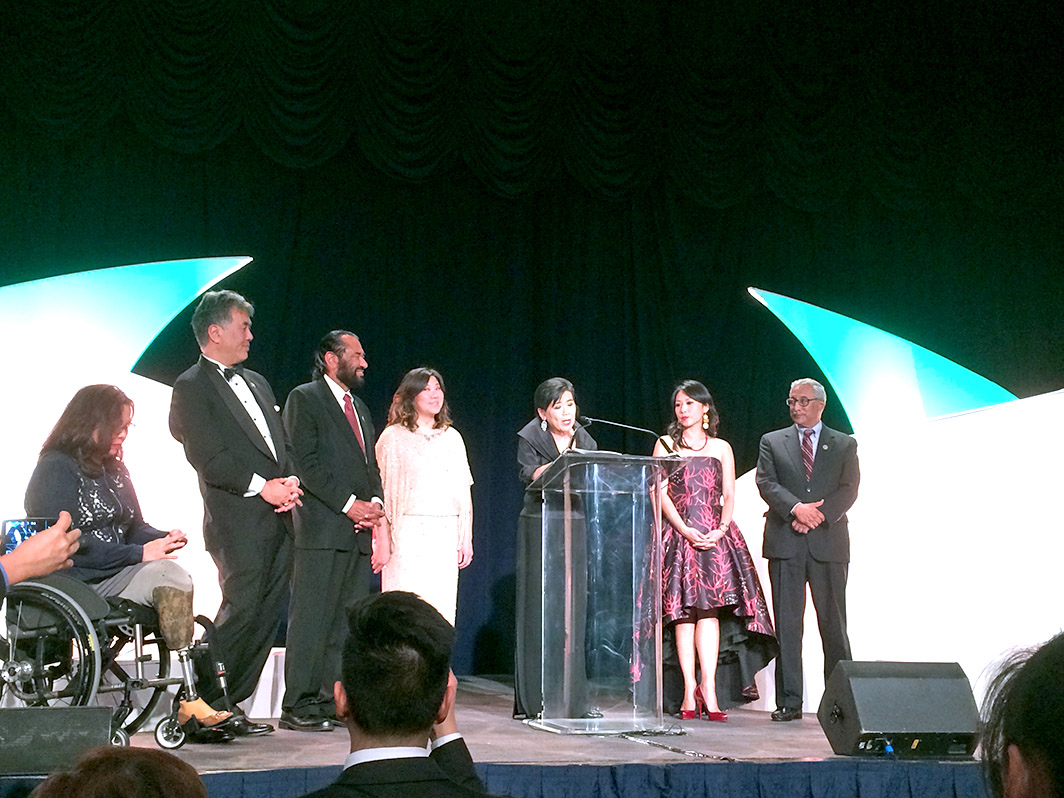 In Recognition of Asian Pacific American Heritage Month, the organization honors those who ‘continue to politically empower the AAPI community.’

The annual event honors Asian American and Pacific Islander leaders, both current and pioneers, as well as “recognizes outstanding individuals and organizations that continue to politically empower the AAPI community.”

Elaine Quijano, an anchor for CBSN and correspondent for CBS News in New York City, served as the gala’s mistress of ceremonies. Greetings and remarks were also extended by Floyd Mori, president and CEO of APAICS; Susan Jin Davis, APAICS board chair; and Tariq Khan, APAICS Gala Committee chair.

In addition, Congresswoman Judy Chu, chair of the Congressional Asian Pacific American Caucus, spoke during the ceremony, and the Hon. Norman Mineta, one of the founders of APAICS and CAPAC, was in attendance and participated in the program as well.

Tribute was paid to two CAPAC members who passed away since the last gala, the Hon. Eni Faleomavaega and the Hon. Mark Takai.

Awards and recognition were also given to Verizon, recipient of the Corporate Achievement Award. The Community Leader Award was given to Chanchanit Martorell, executive director of the Thai Community Development Center, a nonprofit organization based in Los Angeles. Martorell was recognized for her advocacy work in human rights causes. And Randall Park, a popular actor born and raised in Los Angeles, was presented with the Vision Award. Park currently stars in the ABC comedy “Fresh Off the Boat.”