More than 200 people gathered in attendance at the “No Muslim Ban Ever” candlelight vigil, which was held on Oct. 9 in front of San Francisco City Hall. An API contingent also participated in the event, which included three JACL chapters — San Francisco, Berkeley and Contra Costa — as well as JACL staffers.

The groups gathered on behalf of people affected by President Donald Trump’s “travel ban,” which denies entry to the U.S. to people from five largely Muslim countries: Iran, Libya, Syria, Somalia and Yemen. On Sept. 24, a new version of the “ban” added Chad, North Korea and Venezuela. 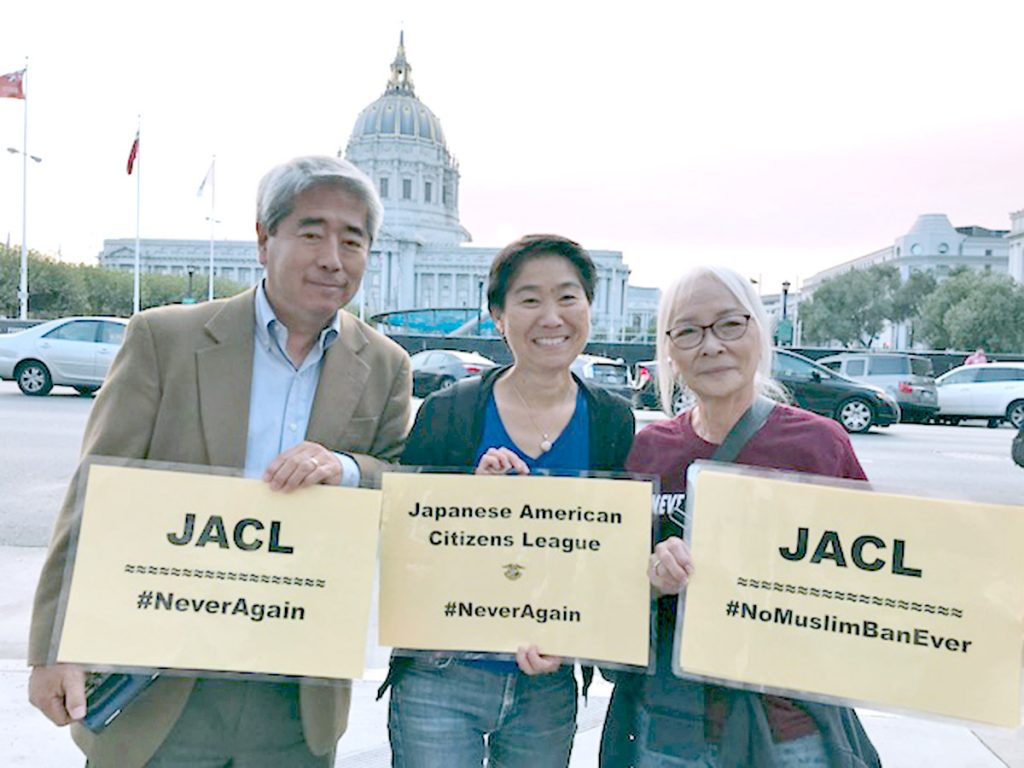 JACL’s presence demonstrated the organization’s position on the travel ban as well as its solidarity with its API allies.

“There is no place in the world that you see this much diversity, hear this many languages spoken,” said Hatem Bazian from the University of California, Berkeley, who is a professor of Near Eastern and Asian American Studies and Asian Diaspora Studies, as well as the founder of Zaytuna College, the first Muslim undergraduate college in the U.S. “Don’t let anyone tell you that you cannot change history. You can, and you will change history.”

Zahra Billoo, executive director of CAIR’s San Francisco Bay Area branch, thanked those who had gathered at the three-hourlong event as well as reaffirmed the purpose of the vigil.