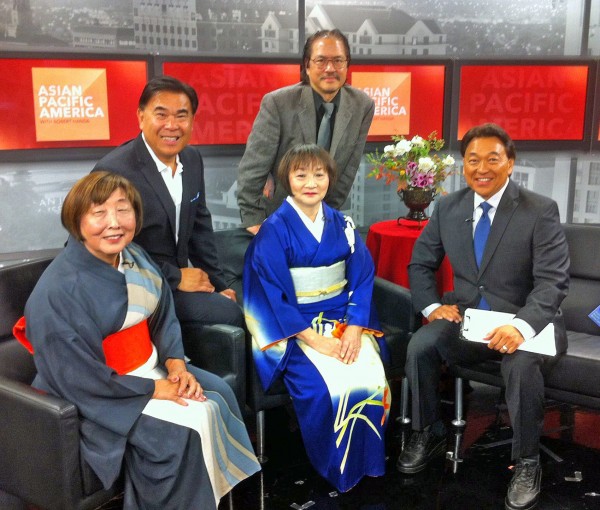 Being the only show of its kind in the top sixth-largest TV market in the U.S. where one in four residents are of Asian descent, “Asian Pacific America With Robert Handa” highlights diverse Asian American communities in the greater San Francisco Bay Area by giving Asian newsmakers, events, community accolades, youth perspectives and performers a showcase to be featured.

According to show host Robert Handa, the reason for creating the show had many aspects. “NBC Bay Area/KNTV approached me about returning to the station, and I had said I would like to produce and host a talk show on the Asian American and Pacific Islander communities as well as work for the news department,” he said. “The station’s President/General Manager Rich Cerussi and VP of News Jonathan Mitchell said that NBC Bay Area was interested, not only to bring me onboard but because the station already had connections to those communities and they wanted to strengthen those bonds.”

Handa began his broadcast news career three decades ago with KNTV as an intern, then later as a senior producer. He recently won a 2015 Bay Area Emmy Award as part of the NBC Bay Area 11 p.m. evening newscast team for Best Newscast — Large Market. The award-winning broadcast journalist also has worked for KTVU-TV, KPIX-TV and KQED-TV.

The weekly half-hour “Asian Pacific America With Robert Handa” show airs on Sunday on NBC Bay Area KNTV Channel 11 and Channel 3 on cable at 5:30 a.m. and on COZI-TV Channel 186 at 6 p.m. It is the creation of host and show director Handa and Lance Lew, director of community marketing at NBC Bay Area as well as a producer on the show.

The duo had previously worked together at KPIX, and this was a wonderful opportunity for Handa and Lew to utilize their knowledge of community contacts and volunteers to create the series.

Each show is taped on Thursday evenings following the 6 p.m. news at NBC Bay Area studios in San Jose, Calif., and features three guest segments and a live performance. The show is then aired the following Sunday.
Scheduling a show of this type is never easy.

“The only slot that could be created for our show would be the lead-in to the Sunday NBC weekend ‘Today’ show, but we’ve stuck to our mission of covering issues and communities without worrying about overall ratings,” Handa said. “We have been pleasantly surprised to see a steady, building audience since our debut in September 2014.”
Mitchell, Handa acknowledges, also was a driving force in bringing the show to the audience. Most public affairs shows depend heavily on being recorded and watched later, which allows them to be measured in the ratings.

“Ratings of about 15,000-20,000 homes might not be much for local mainstream TV shows, but for us, it’s a positive trend. Community groups are also spreading the word through social media,” Handa said.

On the show’s future, Handa and Lew have many people recognizing them at community events, thanking them and the station for the coverage they see on “Asian Pacific America.” The duo hopes to expand in the future but are careful not to lose sight of their original mission.

“The most gratifying part for me is that we are the first show of its kind targeting underrepresented communities,” Handa said. “We have done shows that might seem or are not easy to push for mass appeal but are important to this community. We can explore very interesting cultural topics that just don’t fit into traditional news such as how Japanese baseball developed in internment camps, promoting ‘Hidden Legacy — Japanese Traditional Performing Arts in the WWII Internment Camps,’ a documentary that shows the efforts to keep traditional Japanese art and culture alive in the internment camps, as well as programs that foster young inventors and entrepreneurs. We also try to have a live artistic performance such as music or dance on every show. This is not an easy task in a TV studio, but I believe it adds a crucial and entertaining element that people usually only get at festivals.”

“Asian Pacific America” is always looking for new topics and interesting guests. Guests are booked at least six weeks in advance. Anyone with an event or idea that can be featured on the show is encouraged to email the background information to Lew at Lance.Lew@nbcuni.com.