The distinction is the American Bar Assn.’s highest honor.

The American Bar Assn. will honor Minami Tamaki LLP Senior Counsel Dale Minami, a lifelong champion of the civil rights of Asian Pacific Americans and other people of color, with the ABA Medal — the association’s highest honor — during the ABA annual meeting in August in San Francisco, the ABA announced June 17. 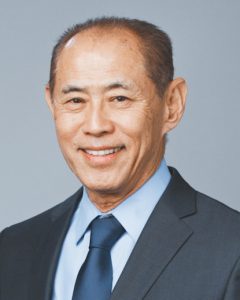 Minami is best known for leading the legal team that overturned the conviction of Fred Korematsu, an American of Japanese descent who was arrested for refusing to enter an incarceration center in 1942.

Korematsu’s case led to the historic challenge of the incarceration of Japanese Americans during World War II in the case Korematsu v. United States.

The ABA Medal recognizes exceptionally distinguished service by a lawyer or lawyers to the cause of American jurisprudence. Previous recipients include Brian A. Stevenson (2018), Justice Ruth Bader Ginsburg (2010) and Justice Thurgood Marshall (1992).

Minami is the first Asian American to receive the award in its 90-year history.

“Dale Minami has devoted a lifetime to breaking down stereotypes and advocating for Asian Pacific Americans,” ABA President Bob Carlson said. “His work in overturning Korematsu is legal legend, but it is just one of many instances in his career where he has fought for the protection and the rights of people who have been discriminated against. His determination and commitment to the rule of law has resulted in countless people receiving justice.”

“As an attorney in a small minority-owned law firm, I was a bit surprised when Bob Carlson, the president of the ABA, even called me, then astonished when he informed me that I was chosen as the ABA Medal recipient,” Minami said. “Given the list of illustrious past awardees, I now just think it is surreal, yet still a testament to the ABA’s recognition of Asian Pacific American attorneys as integral members of the ABA and legal profession. I am grateful.”

Minami was key to obtaining judicial recognition that the evacuation and incarceration of more than 120,000 Japanese Americans during WWII was unjust and illegal.

Although the U.S. Supreme Court in 1944 upheld the constitutionality of the incarceration in Korematsu v. United States, Minami and his team successfully challenged that ruling 40 years later.

With documents discovered in 1981 from the National Archives that demonstrated that government officials knowingly used false evidence to justify its exclusion order, Minami assembled the legal team that petitioned the U.S. District Court for the Northern District of California to vacate the conviction of Korematsu and was the coordinating attorney initially for two other challenges to military orders filed by Minoru Yasui in Portland and Gordon Hirabayashi in Seattle.

Serving as lead counsel for Korematsu in 1983, Minami and his team prevailed in voiding the conviction while the legal teams for Hirabayashi and Yasui overturned their convictions in separate cases.

In 2017, Minami and other attorneys from the Korematsu, Hirabayashi and Yasui legal teams joined the legal team led by the Fred T. Korematsu Center for Law and Equality and Akin Gump LLP, representing the adult children of Korematsu, Hirabayashi and Yasui in filing an amicus brief in the U.S. Supreme Court review of the government’s travel ban, which resulted in the Supreme Court’s explicit repudiation of the 1944 Korematsu decision via its review of Trump v. Hawaii.