Once relegated to playing villains, nerds and martial artists, Asian American actors today are breaking that age-old stereotype, proving that they can play all roles, including lead characters.

Walt Disney Studio’s “Shang-Chi and the Legend of the Ten Rings” continues to reign supreme at the U.S. box office, maintaining its No. 1 position and breaking numerous records since its Aug. 16 premiere date, among them, the first film during the pandemic to cross the $100 million mark in its first five days.

The Marvel Cinematic Universe film, led by an all-Asian cast, including stars Simu Liu, Awkwafina, Michelle Yeoh and Tony Chiu-Wai Leung, is, as actors Yuji Okumoto and Peter Shinkoda referred to during a Sept. 3 Tadaima panel presentation, the “Black Panther” of the Asian American community — a film that all Asian Americans should be extremely proud and supportive of as it continues to smash records.

It all hearkens back to a theme of unity, Asian pride, community and dissolving age-old stereotypes — topics discussed at length during the virtual panel titled “Say Hello to the Bad Guys: Japanese Masculinity and Stereotypes With Yuji Okumoto and Peter Shinkoda,” which was moderated by Tadaima Film Festival curator Rob Buscher. 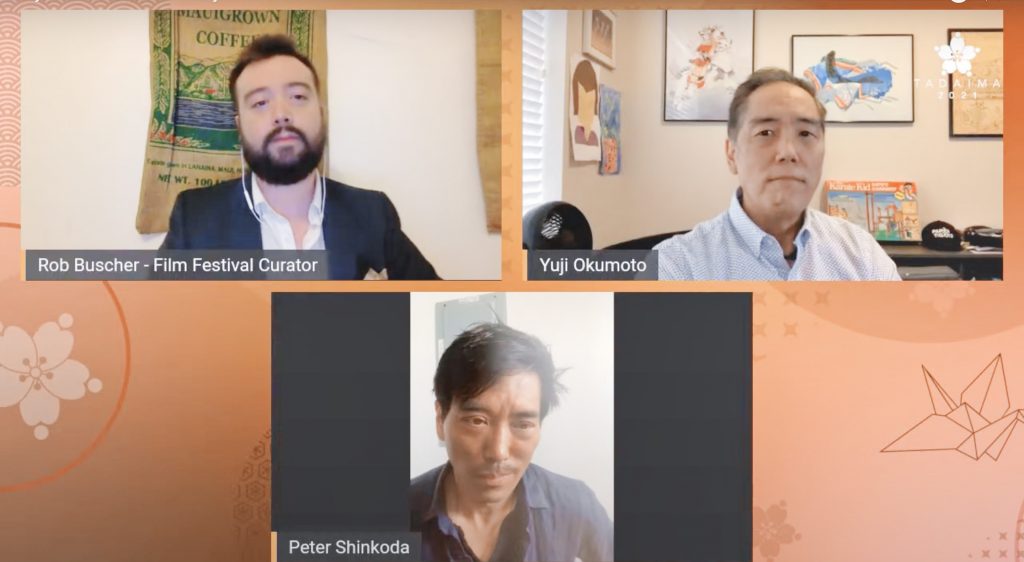 Buscher began the discussion by giving a brief summary of how historically, Asian American actors have been subjected to negative stereotyping in Hollywood in which Japanese men have often been relegated to the role of villain.

When audiences think about representations of Japanese actors in film, one of the earliest examples of such typecasting was actor Sessue Hayakawa, an Issei immigrant who rose to popularity during the silent era of cinema. In subsequent years came the rise of anti-Japanese propaganda posters during World War II depicting angry Japanese soldiers and the continual casting of Asian actors in roles of martial arts bad guys, samurai warriors and Yakuza-type mobsters.

In the present day, adding more to the mix is the rise of anti-Asian hatred that has grown exponentially since the start of the Covid-19 pandemic. Systemic racism and negative tropes have been propagated through popular culture, especially in Hollywood.

Okumoto, an actor, producer and restaurateur who owns two establishments in the Seattle area, grew up in L.A. and began acting in 1979. Throughout his many years in the entertainment business, he has seen highs and lows regarding being an Asian actor in a primarily White-run Hollywood.

“As a kid, you see these roles on TV and film, and you don’t think twice about it. As a kid, that’s what you accept. But as you get older, as I got involved in acting, I realized that this is not right. Why are these roles going to White folks that should go to Asian Americans? You want that to change, but I think it’s one of those things where it takes time. … Has it been better? Has it changed? Yes, it’s headed in the right direction. It’s not just Japanese American. It’s Asian Americans as a whole. … The most important thing for the whole collective is to support Asian American projects out there, and it doesn’t matter what it is. It’s our duty and obligation to push those forward. Films like ‘Shang-Chi’ are a prime example. … The great thing about it is you have this strong Asian American lead in it, and I think that’s what we should focus on and applaud.” 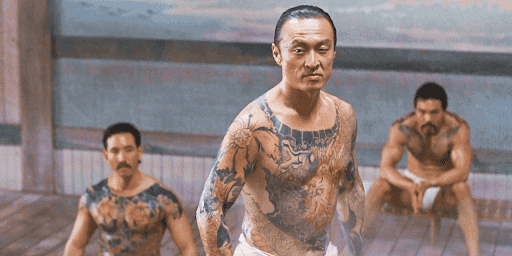 Agreed Shinkoda: “Collectively, we’re trying to move and advance ourselves as a race, but if we were to look and scrutinize ourselves as a specific culture, then certain things get favored and cherrypicked and concentrated on. There’s Western culture that we like to obsess on, like ninjas, samurais, evil corporate Asians. There’s so many different personalities and stories to explore, but we always kind of obsess on those. Specifically martial arts, and it shouldn’t be that way. We live colorful and personal individualistic lives, each and every one of us. The industry should look at all stories.”

Although Asian American actors are making headway, the focus must always be on ushering knowledge and experience onto the younger generation to continue that growth.

“The one thing I’ve learned in this business is that the cavalry ain’t coming,” said Okumoto. “We have the responsibility to put ourselves out there and create roles and showcase ourselves. The only way to change that outcome is to do it yourself, create these great Asian American stories, Japanese American stories. … We have to come together and as a collective, support these films. It doesn’t matter if it’s Japanese, Chinese, Korean, Vietnamese — it helps all of us as a collective.”

“There has to be that leadership role, there has to be somebody there that’s inspirational. For me, it was Yuji,” said Shinkoda. “I thank Yuji for that. If you stay there, you become an example for the next generation. I think our visibility is amazing right now. There’s so much inspiration out there. People need to be proactive about it. … There’s so many people to look up to now, and that’s an amazing thing.”