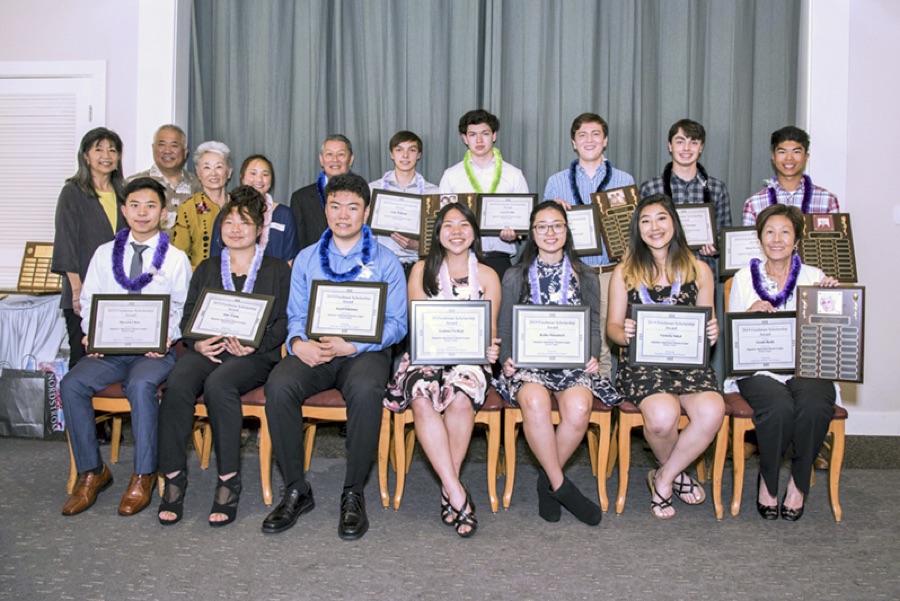 The Berkeley JACL chapter awarded scholarships to 12 high school seniors, presented its Pioneer Award to Neal Ouye, bestowed grants to three organizations and recognized the chapter’s first Youth Leadership Award recipient Tara U. during its April 28 Awards Luncheon, which was held at the Richmond Country Club in Richmond, Calif.

Following are this year’s recipients:

Gemma Fa-Kaji (Berkeley High School) will attend the University of Southern California as a history major.

Cole Huster (Berkeley High School) will attend the University of Michigan as an undeclared major; he also is the recipient of the Dan/Kathleen Date Memorial Scholarship.

Grant Ikeda (Livermore High School) will attend Embry-Riddle Aeronautical University and major in aerospace engineering; he is the recipient of the Terry Yamashita Memorial Scholarship.

Shuji Kamita (Ygnacio Valley High School) will attend San Diego State University as an undeclared major; he is the recipient of the Bea Kono Memorial Scholarship.

Keiko Masanori (Northgate High School) will attend the University of Nevada, Reno, as a nursing major.

Victoria Sakai (San Leandro High School) will attend San Diego State University as a business marketing major; she is the recipient of a scholarship sponsored by chapter member Carolyn Adams.

This year’s Pioneer Award recipient was Neal Ouye, who was honored for his longtime service to the Berkeley chapter (past president, board member, newsletter editor) and for demonstrating the award’s purpose, which is to recognize those with the vision, compassion and energy to lay a foundation for building a strong Japanese American community, as well as linking past leaders with future leaders.

Also during the awards luncheon, grant awards were presented to the Nikkei Student Union at the University of California, Berkeley, for their assistance with attendance at the Manzanar Pilgrimage; the Oakland/Fukuoka Sister City Assn. to enable Oakland public school children to participate in the 2019 Summer Asia Pacific Children’s Convention in Fukuoka; and the Fetal Alcohol Spectrum Disorders Action Group to help defray costs for participants and providers to attend this educational conference to learn more of the dangers of alcoholism to the fetus during pregnancy.

And Tara U. was presented with the chapter’s initial Youth Leadership Award to recognize her leadership in organizing and implementing key youth activities for the Berkeley chapter.