Board of Supervisors unanimously passed a resolution commemorating Feb. 19, 2022

SAN FRANCISCO – The Board of Supervisors unanimously passed a resolution commemorating Feb. 19, 2022, as the 80th Anniversary of the signing of Executive Order 9066, which authorized the forced evacuation and removal of Japanese Americans during World War II.

Supervisors Connie Chan and Dean Preston introduced the resolution at the urging of the Japantown community, which has never received a formal apology or acknowledgement from the San Francisco City government for its implicit support for and assistance in the mass incarceration of Japanese Americans. 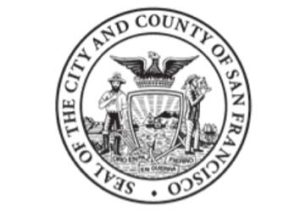 “We applaud Supervisors Chan and Preston for bringing attention to the forced removal and exclusion of Japanese Americans in 1942 from San Francisco and other western cities and states as a result of Executive Order 9066,” said Diane Matsuda, staff attorney for the Asian Pacific Islander Legal Outreach. “What was done to our community was a clear violation and disregard of our human, civil and constitutional rights, and we hope that through this resolution, further information and education on this dark period of history will prevent the repeat of this tragedy from happening again.”

“Today’s resolution is long overdue. Eighty years ago, when the Japanese American community needed support from our City leaders in San Francisco to help protect their civil and constitutional rights, rather than lend a hand, the police raided our homes, arrested our leaders and assisted the FBI and military in the forced evacuation of the Japanese Americans from San Francisco,” said Paul Osaki, executive director of the Japanese Cultural and Community Center of Northern California. “The City government never recognized its role and the harm it caused our community. Today’s resolution finally helps to set the record straight.”

“The Japanese American Citizens League was established in 1929 to address racism and the violations of civil rights and Constitutional rights of Japanese Americans. The San Francisco chapter has been part of the Japanese American community for more than 90 years. The complete disregard of people’s lives during World War II by Executive Order 9066, which imprisoned innocent citizens, continues to be a story in history that generations have been affected by,” said Judy Hamaguchi, president of the JACL San Francisco chapter. “Gratitude to Supervisor Preston and Supervisor Chan for leading this resolution, and we hope to continue the education and work to heal the damage done. The City must acknowledge the suffering and make efforts to right the wrong.”

“Today with the increase of anti-Asian hate attacks, the Board of Supervisors must recognize its role and participation in the forced evacuation and begin the conversations around restitution of the civil and economic losses the Japanese American community suffered,” said Chan. “With that, I look forward to continuing the work with Supervisor Preston and the Japanese American community to repair the past harms.”

“The legacy of internment of Japanese Americans is a shameful chapter in our nation’s history, one in which our City played a critical role,” said Preston, whose district includes Japantown. “As leaders, we must acknowledge and apologize for the past and work with community members and city agencies to reverse the damage, combat racism and ensure the strength and vitality of San Francisco’s Japantown.”

The Japantown community has also requested the Board of Supervisors formally commission a study to document its role in actively supporting racist and systemic forms of oppression toward San Francisco’s Japanese American community.