LOS ANGELES — California Gov. Jerry Brown signed the state’s $125 billion budget for fiscal year 2017-18 on June 27, and included within it was $3 million in funding over the next three fiscal years for the California Civil Liberties Public Education Program.

Brown’s signature effectively means that Assembly Bill 491, which sought to fund the CCLPEP for the same time period and monetary figure and had been awaiting approval by the state Senate, was rendered unnecessary. 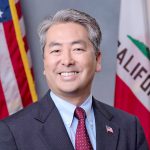 Assemblymember Al Muratsuchi, a Democrat who represents the 66th Assembly District, in February introduced AB 491, which may have served to signal the governor’s office to allocate funds for the permanent state program.

Administered by the California State Library, the CCLPEP funds “… educational activities and development of educational materials to ensure that the events surrounding the exclusion, forced removal and internment of civilians and permanent resident aliens of Japanese ancestry will be remembered, and so that the causes and circumstance of this and similar events may be illuminated and understood.”

According to Muratsuchi, “The state librarian will receive $3 million in one-time funds in this year’s budget. The funds will be distributed in the form of education grants over the next three years, beginning in 2018.”

While it’s possible the $3 million sum could be spread out in varying amounts per year, the most-likely scenario is that $1 million will be made available per year in the coming three-year period.

The CCLPEP was established in 1998 by Rep. Mike Honda and renewed in 2000 by Assemblymember George Nakano. It became a permanent state program in 2003 thanks to efforts by Assemblymember Wilma Chan and others by removing the termination date and making CCLPEP subject to annual budget authorizations.

Muratsuchi said he was “extremely pleased” Gov. Brown’s signature will ensure the pro- gram would be funded over the next three years.

“Now, more than ever, every American needs to learn the lessons of the Japanese American incarceration. We must educate all Americans to defend our Constitution and fight to ensure that no one is ever targeted again because of their national origin or faith.”

Muratsuchi added that he is now working on “CCLPEP 2.0,” the purpose of which would be to relate the experiences faced by West Coast Japanese Americans during WWII to “current threats to our civil rights and civil liberties.”

“We need to apply the lessons of the Japanese American experience to other communities, so that the lessons are relevant to face the challenges of today and the future,” he said.