California State Grange Apologizes to Japanese Americans for Discriminatory Past

SACRAMENTO — The California State Grange, a fraternal organization that supports agriculture and agricultural communities in the state of California, has offered a formal written apology to the Japanese American community for its treatment of Japanese Americans before and during World War II.

With its members threatened by Japanese immigrant farmers and farmworkers, the Grange joined forces with the American Legion, the California State Federation of Labor and the Native Sons of the Golden West to curb Japanese immigration via the Asiatic Exclusion League from 1907 onward. 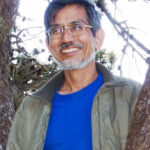 Takashi Yogi, who sits on the executive committee of the Grange, was instrumental in this effort. He authored the resolution that called for the apology, a resolution that was adopted unanimously at their convention. Yogi states that historian and JACLer Sandy Lydon was “the spark” that inspired him to take action. It was Lydon who had informed some members of the Grange of its discriminatory past and who suggested remedial action. Yogi answered that call and introduced his resolution.

A letter addressed to JACL President David Lin from California State Grange President Bob McFarland apologizes for the Grange’s institutional racism against Japanese immigrants, as well as for calling for the exclusion and deportation of Japanese Americans during WWII.

“In 1922, the California Grange passed a resolution supporting federal legislation that resulted in the 1924 law that expressed ‘ . . . the intense feeling of our people of the West in this matter, so absolutely vital to Christian civilization and the white races of our country.’

“These early seeds of racism sprouted after the bombing of Pearl Harbor, and the Grange supported the incarceration of Japanese Americans. In 1943, the Grange called for the deportation of all people of Japanese ancestry, aliens and American citizens alike.

“No words can compensate for the past injustice and loss of property, freedom and dignity, but I hope that this is a small step toward preventing a recurrence of racism and toward promoting equality for all people,” McFarland concluded.