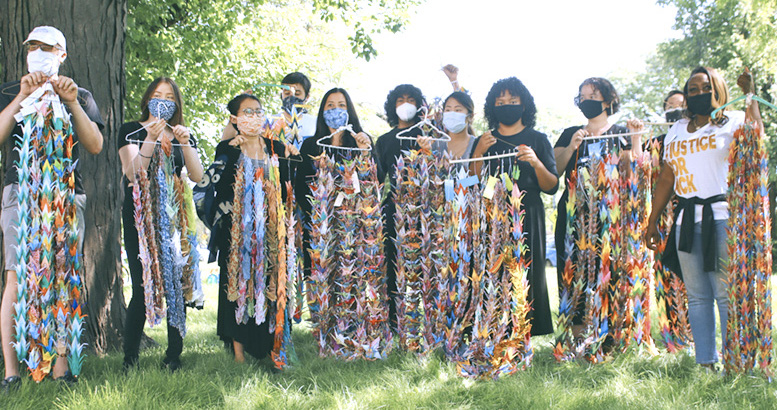 Tsuru for Solidarity activists and Japanese American community members have protested at immigration and customs enforcement detention centers this year, in addition to jails — sites that have all seen high rates of COVID-19 infections and transmission.

On June 7, members of Tsuru for Solidarity converged in front of the Cook County Jail in Chicago to also protest against mass incarceration and police brutality toward communities of color.

Organizers of the event also invited Cassandra Greer-Lee in partnership with the Chicago Community Bond Fund, to participate in the demonstration in honor of Greer-Lee’s husband, Nickolas Lee, who died of COVID-19 in April while he was awaiting trial in the Cook County Jail.

During the demonstration, participants hung thousands of paper cranes outside of the jail in memory of those who died in police custody due to COVID-19, those who perished at the hands of police officers and family members who passed away in World War II incarceration centers.