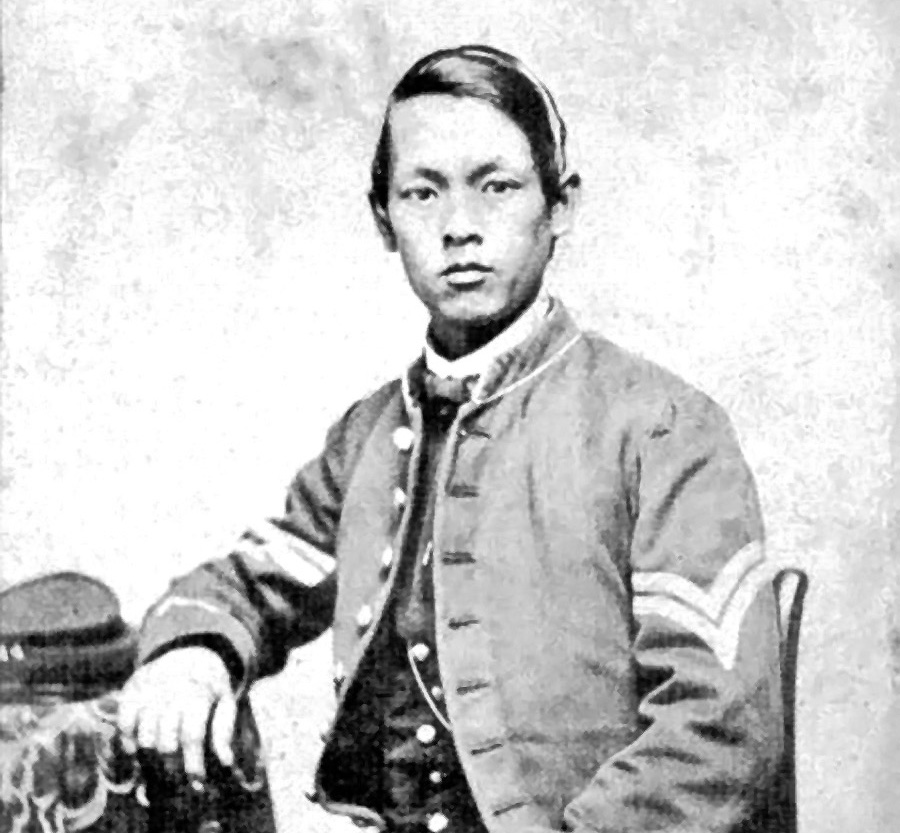 The National Parks Service along with historians and researchers uncovers surprising new API stories in its Theme Study on civil rights and American history.

The American Civil War seems to be all but over. From the debate over removing the Confederate flag on public spaces in South Carolina to the recent murder of nine members at a historic black church in that state, America’s nationhood on the main stage is everything but a perfect union. Like any war, it created a public divide on ideas of freedom and new ways to interpret history.

What comes to mind when investigating the Civil War in particular is the experience between blacks and whites on Confederate and Union sides. Traditional schooling often mentions notable figures such as President Abraham Lincoln, Frederick Douglass, Jefferson Davis and Robert E. Lee to name a few. It is their experience that carries a particular currency over national sites such as Gettysburg and Ford’s Theatre, where the public draws meaning and answers to what it means to be American.

But in the past few decades, historians and researchers in partnership with the National Park Service have identified at least 58 unusual combatants that help answer that age-old question. But these 58 mostly forgotten American veterans were Asian and Pacific Islanders.

For many, APIs in the Civil War isn’t a chapter in American history. In fact, these men receded from memory even within their own families. The places attached to them were displaced like the paperwork and photographs that marked their existence as though they never fought for their freedom.

Now, the NPS is looking to tell their stories by extending national park sites with new ones as part of its Theme Studies efforts. 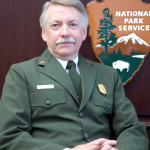 “Our desire is to ensure that all stories are told. The National Parks Service tells our nation’s history though place, and that means identifying new sites and revisiting existing ones is especially important for the API of our country,” explained NPS Director Jonathan Jarvis. Jarvis, now in his 39th year with the NPS, has dedicated much of his career to the Pacific, where he was active in the build out and design of many sites such as Manzanar, Minidoka and Tule Lake. 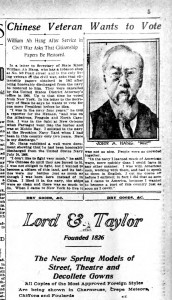 ‘Albany News’ ran a story on veteran John Hang from China in 1911 when he tried to prove his worthiness for citizenship. Photo: New York State Digital Library

“It is our job to keep those stories alive so that the places where the values of our nation were forged are preserved,” Jarvis added about API historical sites. “[Places] like Pearl Harbor and the incarceration camps of World War II, places like Gettysburg and Fort Sumter — [they] will now carry new meaning, especially for APIs.”

While only 58 known, mostly Chinese Americans, fought in the Civil War, their stories also reflect how far back the struggle for citizenship extends for APIs.

Stephanie Toothman, NPS associate director of cultural resources, partnerships and science, said the NPS “wanted to reach down to personal narratives to really understand who was fighting the war. WE made a decision that we needed to do a better job of telling all American stories, including APIs in the Civil War.”

In the 1780s, Chinese immigrants began arriving in territories along the western United States before forming communities on the East Coast by the 1850s. 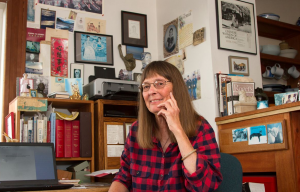 Researcher Ruthanne Lum McCunn’s book “The Coolie Speaks: Chinese Indentured Laborers and African Slaves in Cuba” chronicles how many Chinese found their way as visitors, missionaries, students, merchants and performers but mostly as slaves in the “coolie trade.”

The term was used during the 1700s to describe those from Asia who indentured themselves as slaves for a few years after which they’d be free to settle in the New World or return home. McCunn noted that like African slaves at the time, many Chinese were kidnapped or lured into contracts as slaves and shipped to the New World by traffickers. By the 1800s, there were hundreds of recorded Chinese on the East Coast and likely many more unrecorded that constituted the first Chinese Americans.

Of those thousands, Joseph Pierce perhaps is the most noticeable face as he sits on the cover of the NPS’ “Asian and Pacific Islanders and the Civil War” handbook. 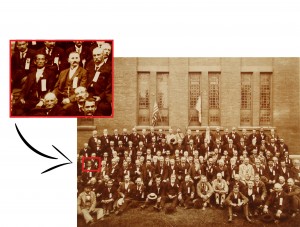 Pierce arrived in America sometime during the 1850s by ship with Capt. Amos Peck. McCunn in her research found that the Peck family was unusually accepting of Pierce as they taught him to read and write, even allowing him to keep his hair in a traditional Chinese braided queue.

As a teen, Pierce and his brothers were told the bloody stories from the Revolutionary War, but such tales didn’t deter Pierce as he enlisted in the cavalry the first year of the U.S. Civil War on July 26, 1862.

Pierce went on to fight at Gettysburg, earning a promotion to corporal and was given the honor to participate in the Grand Review of the Armies in Washington when the Civil War ended in 1865.
Another API Civil War veteran was Thomas Slyvanus, who sparked McCunn’s book “Chinese Yankee: A True Story from the U.S. Civil War.” Slyvanus was brought to Baltimore, Md., in the mid-1850s as a boy from Hong Kong. He escaped to join the Union Army when the war broke out.
In his first battle, Slyvanus was left partially blind but re-enlisted twice. He survived nine months of imprisonment at Andersonville and rescued his regiment at Spotsylvania. After the war, he married an Irish Woman and had three children in Indiana, where he was identified as “Tom Chinaman,” according to McCunn’s research. 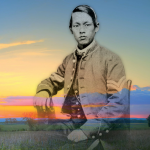 ‘Asians and Pacific Islanders and the Civil War’ is available for purchase. See details below.

Other API men like Edward Day Cohota continued to serve their country for many years following the end of the Civil War. Cohota fought in the 23rd Massachusetts regiment in John H. Martindale’s division. He stood in the second line in a battle that killed almost 800 men in just several minutes. Cohota survived the blood bath and even went back to enlist several times over despite his experience.

Cohota, Pierce and Slyvanus’ stories demonstrate the deep history of APIs in America and give much depth and complexity to citizenship.

It is also worth noting that not all Chinese who fought in the Civil War fought for the Union. Some five Chinese were identified on the Confederacy roll.

Their mothers and conjoined fathers adopted the name Bunker in 1839 when they became naturalized citizens. Chang and Eng even went on to become successful entrepreneurs and slave owners in Wilkes County, and it was no surprise that their sons would enlist as Confederate soldiers.

After four years of being wounded and captured, Christopher and Stephen returned to their family’s farm after the war, where they continued to work even after Chang and Eng’s death.

Individual stories from Chinese on both Confederate and Union sides add greater depth and new meaning to the Civil War. 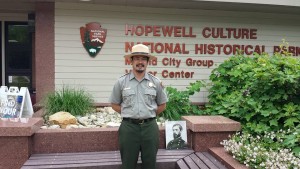 (Above) Steve Phan is currently working at the Hopewell Culture National Historical Park in Ohio for the summer before returning to his graduate studies at Middle Tennessee State University. Photo courtesy of Steve Phan

For some, APIs and the Civil War extends much further than just the battlefields on the East Coast. Steve Phan, a graduate student at Middle Tennessee State University, drew a connection between his homeland Vietnam and the Civil War and participated in Civil War re-enactments. Like the American Civil War, the Vietnam Civil War tore apart a nation and its families.

Phan’s father served in the South Vietnamese Navy and fled Saigon before it fell to the North Vietnamese, taking his family across the Pacific. The traumatic experience left a hushed silence on Phan’s family.

“It wasn’t something we talked about,” explained Phan. “But when I started to learn about the American Civil War and when I witnessed my first re-enactment as a kid, I began to understand what had happened in America and tried to make sense of what had happened in Vietnam.”
Phan went on to graduate from the University of Northern Colorado in 2012 with a degree in history and participated in his first Civil War re-enactment the following year at the 150th Anniversary of Antietam, where he portrayed Joseph Pierce. 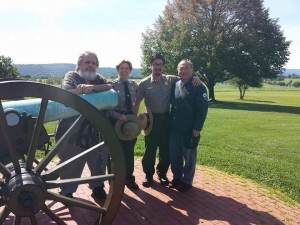 In an essay for the NPS’ handbook and Theme Study, Phan wrote of his experience at the re-enactment where “my preconceived notions on acceptance by the Civil War community have been replaced with gratitude for the openness and friendly support I have encountered.” He went on to write that “the discovery of Asians participating in the war provided an opportunity to represent people of color during that period.”

API soldiers in the Civil War tackled many things: identity, citizenship, freedom and patriotism. They also gave perspective to those like Phan and context for projects like the NPS’ Theme Studies. The struggles met by Pierce, Cohota and Slyvanus continue and carry discussions on what it means to be American.

“That’s why context in these stories is so important in understanding the struggle for citizenship and identity today,” McCunn explained about the struggles of expanding American history. “In order to make sense of why API history remains relatively unknown, you have to look at how it
all began.”

Learn more about the National Park Service Theme Studies and read more about API soldiers in the Civil War by purchasing the NPS Handbook.