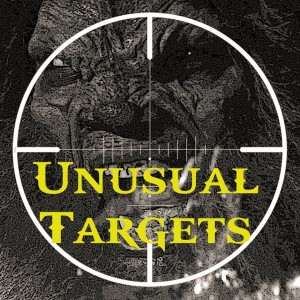 “Unusual Targets” takes place in the afterhours of downtown Los Angeles and is the only YouTube Web series starring an API hero.

“Unusual Targets” features Teddy Chen Culver as Lee Lin, a freelance crime photographer by day and hitman by night. The series unfolds around Lin’s journey into his family’s secret business: destroying monsters for a living. For centuries, Lin’s ancestors hunted folklore and legends in Chinese villages, but now as a second-generation Asian American in Los Angeles, Lin decides to continue the tradition after his older sister, Agatha Lin, played by Joyce Liu, gives it up for a conventional life.

“I’ve written this to include the Asian American experience, or at least mine as a second-generation Chinese American,” Huang said. “We follow Lin as he learns about his family’s history in China — fighting ancient monsters — but we also follow him today in downtown Los Angeles battling similar and different demons.”

The Chinese culture inspired Huang a great deal with its rich folklore and supernatural beliefs. Monsters like the Monkey King about dragons and ghosts were often part of stories told to Huang by his parents and relatives.

“Some of the monsters come from ancient Chinese folklore and superstitions, but the plot places them in a world with iPhones and the Internet,” Huang said. “It’s unique and different in that sense as well. This series blends together and pulls from all different parts of filmmaking and story writing.”

Huang was a sitcom writer for ABC’s “Sons & Daughters” and CBS’ “Still Standing” prior to “Unusual Targets.” During his time in Hollywood, Huang recognized the lack of diversity and wanted to pursuit a project that had an Asian American lead hero.

Recently, Hollywood did make strides in diversity with the premiere of the ABC sitcom “Fresh Off the Boat,” a series based on Eddie Huang’s memoir.

“Eddie Huang and ‘Fresh Off the Boat’ are making headway, and it’s definitely a good change,” Huang said about the new show. “But, it’s still tough for API’s to get their name onscreen.”

While including Lin as the monster-slashing hero, Huang stylized each 10-minute “websiode” in black and white. Much of the series was inspired by Lon Chaney’s 1940’s monster movies, complete with stylized high contrast scenes and ghoulish nighttime creatures. However, the vintage noir underpinnings in Huang’s series do more than just evoke an old-school vibe — it also borrows from comic book story telling.

“Comics are a tireless genre,” Huang said about today’s recent Hollywood blockbusters such as “Batman,” “Captain America” and “Spider-Man.” “The frames in each scene are small in the sense that the audience is watching Lin on their computer screen and not in the theater. So, the story is told through those close-up shots and stills just like on a small comic book page.”

Throughout the narrative, moments of Lin’s dialogue are shared through a monologue with close-ups of his face, giving depth to his expressions. In addition, fight scenes are filmed with limited angles and backs turned, and shadows against the walls are captured using little to no special effects.

Huang admits that the series’ small budget limited the production’s capabilities in shooting for a large screen.

“The small budget definitely helped me decide to translate the comic book style onto the Web series,” Huang said. “We couldn’t afford to do the wide cityscape shots or large explosions. In that sense, we were really limited to the old school ’40s filmmaking. We had to be creative, and we made the most out of it.”

The series began as a TV pilot  in 2010, when productions such as “Twilight” and “Trueblood” began to gain popularity. At the time, Huang had trouble selling the series to companies, knowing that an Asian American cast was a hard sell in Hollywood. After several months with no responses, Huang decided to take on the project himself in 2013. The pilot premiered a year later, and the entire series was released on YouTube week by week. The first season featured nine episodes at 10 minutes each, and the second season is now underway. Campaign funding for Season 2 began last month on Indiegogo.

“It’s a tough business, and funding is always a challenge,” Huang explained about how today’s popular Web series similarly struggled in their early years. While resources and funding are limited, “Unusual Targets” would not have been made possible without the support of its extensive crew and cast, many of whom contributed without pay.

“This is a creative project and a labor of love,” Huang said. “You have an old horror black-and-white film style with an Asian American star in a comic book setting. This is something really different — [there is] nothing like it elsewhere.”

Catch an episode of “Unusual Targets” on YouTube and visit the series’ Indiegogo campaign at https://www.indiegogo.com/projects/unusual-targets-a-comic-book-noir-web-series to help contribute toward the completion of Season 2.