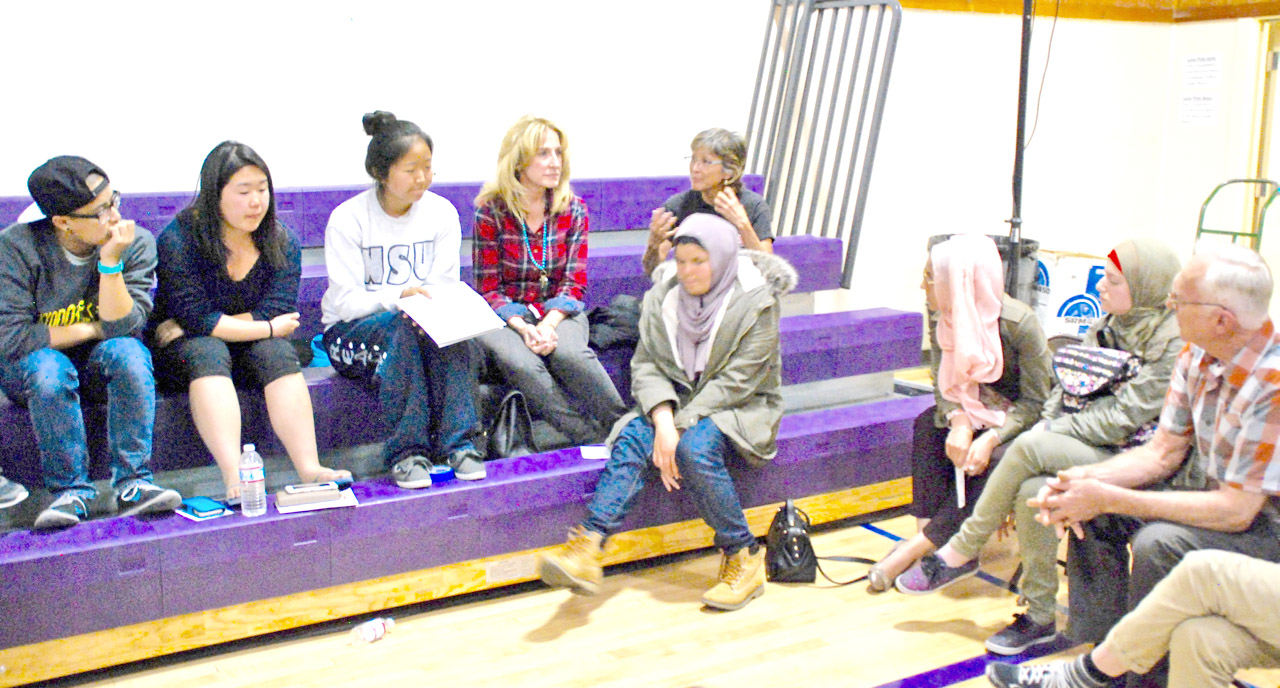 Now in its 20th year, the program aims to open discussion among participants learning about incarceration and those who actually lived through it.

LOS ANGELES — Sharing stories and experiences from the unjust incarceration of Japanese Americans in concentration camps during World War II and connecting this history to present-day issues will be the focus of the 2017 Manzanar at Dusk program, sponsored by the Manzanar Committee, which is scheduled from 5-8 p.m. on April 29 at the Lone Pine High School gymnasium in Lone Pine, Calif.

The Manzanar at Dusk program follows the 48th Annual Manzanar Pilgrimage that same day, at the Manzanar National Historic Site.

Through a creative presentation, small group discussions and an open-mic session, participants will have the opportunity to interact with former incarcerees in attendance and others to hear their personal stories.

“Manzanar at Dusk is important because Japanese American incarceration is something that not a lot of people know a lot about,” said Riana Seto, president of the University of California, San Diego Nikkei Student Union. “Books only talk about the camps in one small paragraph, history lectures don’t cover Executive Order 9066 and it’s not a common topic that’s talked about outside the Japanese American community. Even I didn’t know much about it until three years ago, and I’m Japanese American. Instead of educating people about the mistakes the U.S. government made, schools and textbooks try to brush it off, and now we’re seeing the same thing happening today to Muslims in this country.

“This year is significant, not only because it’s the 75th anniversary of the signing of Executive Order 9066 and the 25th anniversary of Manzanar being designated as a National Historic Site, but also because of the issues today with racial profiling and exclusion of a group of people,” Seto concluded. “We see many parallels between Executive Order 9066 and the recent executive order to stop citizens from six Muslim countries from entering the United States.”

As Seto alluded to, Manzanar at Dusk is also an opportunity to raise awareness of this dark chapter in American history among young Japanese Americans, who are now at least one or two generations removed from the incarceration experience.

“My grandma passed away a little bit after I was born, and so I did not personally know her that well,” said Lauren Matsumoto of the University of California, San Diego Nikkei Student Union. “So, I leaned toward my grandpa to help understand the injustices that occurred for him.

He was willing to discuss his memories whenever I would ask him for a research paper or because of my interest, yet his answers were always short. There was this shame that I could see my grandpa felt for having to face such a situation.

“At the end of last year, he passed away,” Matsumoto continued. “Even though his death saddens me when I think about it, it has pushed me to be more outspoken about the injustices he faced in order to never let his stories fade and never let this dark part of history fade. I believe once we forget this happened, it will happen again.”

“Manzanar at Dusk is an integral component of the Manzanar Pilgrimage program,” said Wendi Yamashita, co-coordinator of Manzanar at Dusk. “For the Manzanar Committee, it’s important for us to collaborate with Japanese American college students to not only provide opportunities for mentorship, but also to learn what is important to them. Strengthening these bonds between our organization and students is an important part of the pilgrimage’s legacy.”

Added Manzanar at Dusk Co-Coordinator Carly Lindley: “While working in Japan for three years, I watched the political climate in the United States drastically change and seemingly become closer to a society that I had always thought was in the past. I knew that if I went back home, I would have to participate in this social discussion. This is when I became determined to work with the Manzanar Committee upon my return and, hopefully, have a positive impact on my community, no longer as a college student, but as an adult.

“As a college student, I worked alongside my peers and the Manzanar Committee to organize the Manzanar at Dusk program for two years,” Lindley concluded.

“I gained a lot of insight and knowledge about why it’s important for people, not just Japanese Americans, to remember and be exposed to Manzanar and the experiences of those who suffered during that time.”

Both the daytime Manzanar Pilgrimage program and the Manzanar at Dusk event are free and open to the public.