[Editor’s note: This article contains updates to the story that originally appeared in the July 17-30, 2020 issue of Pacific Citizen.]

In yet another in a spate of incidents and crimes victimizing Asians and businesses operated by Asians, a Japanese restaurant in Torrance, Calif., had its window shattered.

The incident became known via an email from the Los Angeles office of the Consulate-General of Japan. Japanese nationals were informed of the incident, which took place on Monday, July 13. The email urged Japanese residents to be cautious and be safe. 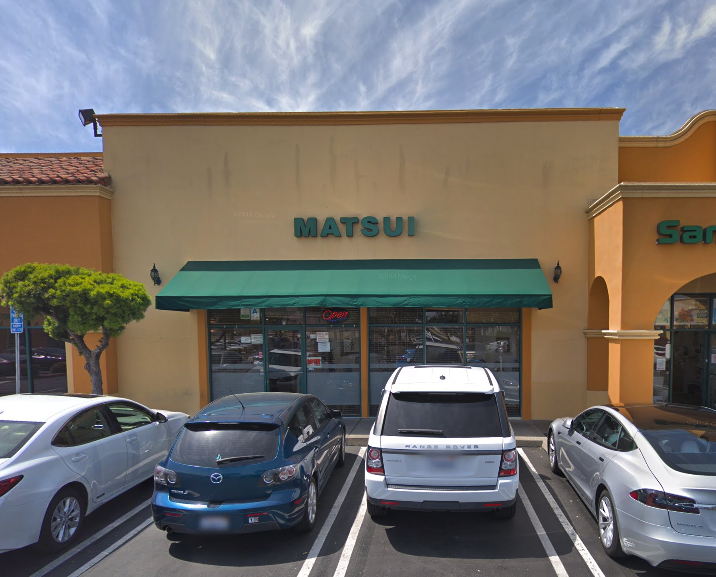 Google Maps image of Matsui Restaurant, located at 21605 S. Western Ave. in Torrance, Calif. Its window was shattered in an act of vandalism on the morning of July 13.

In a call to the Torrance Police Department, Pacific Citizen learned that the incident — described as an act of vandalism — took place July 13 at about 10:15 a.m. at Matsui Restaurant, located at 21605 S. Western Ave.

According to Torrance P.D., there was “some kind of disturbance” between a White male and someone from the nearby Daiso discount store. The man picked up some rocks and threw them through the window of the restaurant. “He also hit the windshield of a vehicle and the hood of a vehicle, causing some damage,” said the officer. The man also was heard to yell “Japanese caused 9/11.” Police arrived soon afterward but the person had already left the scene.

The Torrance police officer told the Pacific Citizen that “The next day we were informed that the same suspect was involved in an incident in the Carson area. … Our detectives did contact Carson sheriff’s. They worked together and they determined that it’s the same suspect from both incidents.”

The Torrance Daily Breeze subsequently reported that the suspect’s name is Aaron Sutton Angeles, 36. The Carson incident allegedly involved Angeles and an unidentified Asian man who called the police after being approached by Angeles, who asked him if he was Asian and then pulled a knife on him. The newspaper also reported that “Angeles was transferred to a mental health court after his mental competency was questioned.”

An employee at Matsui told Pacific Citizen that the incident occurred before the restaurant opened, that everyone is fine and that the shattered glass has since been repaired. He mentioned that the Daiso “had video of the guy that did it.”