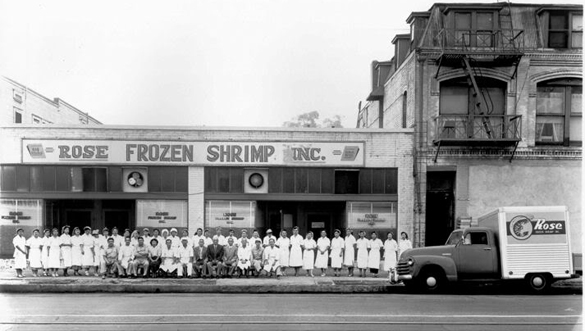 The $39,200 archival grant from the John Randolph Haynes and Dora Haynes Foundation will be used to create the Ninomiya Photography Studio Collection Access Project.

California State University, Dominguez Hill’s Library Archives and Special Collections has received a $39,200 archival grant from the John Randolph Haynes and Dora Haynes Foundation to continue preserving the history of Japanese Americans in Los Angeles and throughout the state.

Specifically, the grant will be used to create the Ninomiya Photography Studio Collection Access Project at CSUDH and preserve, catalog and archive approximately 10,000 packets of photographic negatives taken by the former Ninomiya Studio, which was owned and operated by Japanese American photographer Ichiro Ninomiya in Los Angeles’ Little Tokyo.

Dating between 1949 and 1970, the negatives document the daily life of Japanese Americans in Los Angeles during the mid-20th century, from individual and family portraits, passport photos, pictures of Los Angeles architecture and Little Tokyo, women in traditional Japanese clothing, entertainers and much more.

“We’re extremely pleased the Haynes Foundation saw this project worthy of funding,” said Greg Williams, director of Archives and Special Collections at CSUDH. “The preservation of the Ninomiya Collection will result in long-term access to researchers interested in Japanese Americans, the history of Los Angeles and immigration.”

The Haynes Foundation archival grant will also enable the creation of a guide to the collection, as well as generate appropriate metadata to be used for eventual digitization, representing a new phase for the California State University Japanese American Digitization Project.

Funded since 2014 by the National Park Service and twice by the National Endowment for the Humanities, the CSUJAD project is directed and operated by the CSUDH Library Archives and Special Collections.

The CSUJAD project is currently digitizing more than 14,000 documents and photographs archived at 18 institutions statewide, including 15 California State University campuses.

The Ninomiya Collection was found in 2010 in plastic bags by a contractor working on a building in Los Angeles that was being prepared for refurbishing. Recognizing the historical importance of the images, a contractor offered the negatives for free on Craigslist.

Michael Risner, a local cameraman, obtained the negatives, and in 2012, allowed CSUDH to display a portion of the collection in an exhibition. Risner donated the entire collection to CSUDH in 2016.

Collections from CSUJAD are currently on display through August in the Library’s Cultural Arts Gallery at CSUDH in an exhibition on the incarceration of Japanese Americans during World War II titled “And Then They Came for Us … .”

For more information, contact the Library Archives and Special Collection at (310) 243-3895.