Day of Remembrance Is Worth Remembering 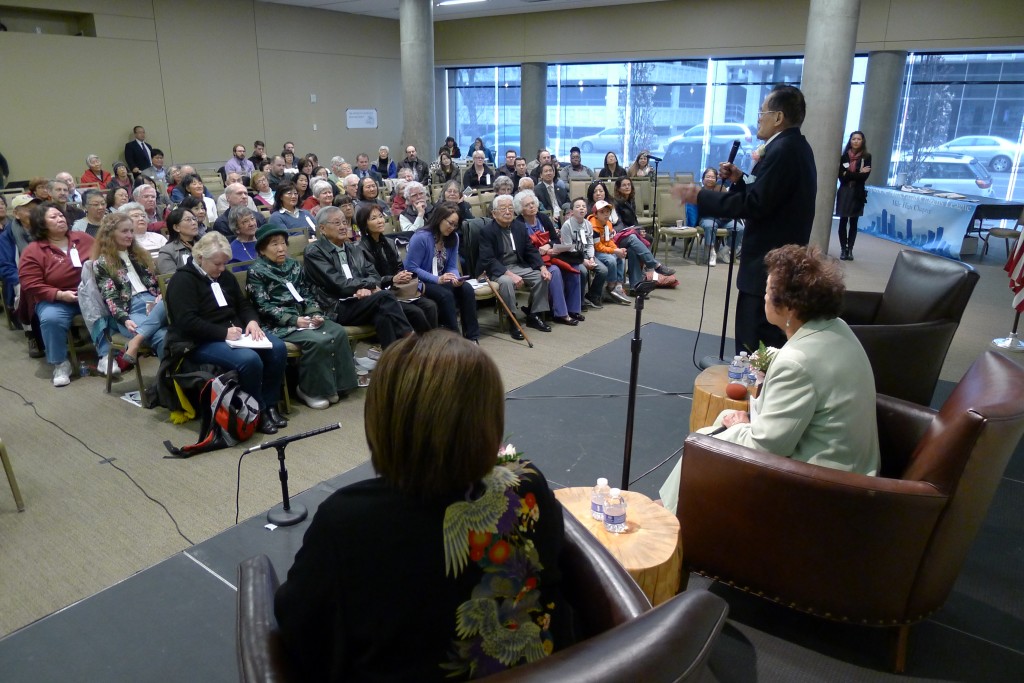 Was there a Day of Remembrance event where you live, and if so, did you go? If you don’t know about DOR, it’s the annual commemoration of the Feb. 19, 1942, signing of Executive Order 9066 by President Roosevelt. It allowed the U.S. military to designate any area as a sensitive zone and kick out anyone they thought might be a danger to national security.

And those people, as we know today, were the Japanese and Japanese Americans who lived along the West Coast, from Washington state down to California, and part of Arizona. Those 120,000 people were sent initially to temporary quarters in places like converted horse stalls at race tracks, and ultimately at one of nine U.S. concentration camps, including one called Amache here in Colorado.

I’ve written before that I think there’s a danger in dwelling on the wartime imprisonment. It can make it appear as if Japanese Americans suffer from a “victim” self-image. But at the same time, I think it’s paramount that JAs never forget that we are one of the blotches on America’s proud history. One way to make sure we remember the internment experience is by noting the Day of Remembrance every year.

The Mile High JACL chapter holds a DOR event every year. One of the first years, DOR was held at the Denver Buddhist Temple and featured Sacramento-based therapist and filmmaker Satsuki Ina, whose documentary “Children of the Camps” resonated with many of the people who attended. The chapter’s DOR events evolved and grew and were held at the University of Denver’s law school for several years.

For the past several years, the event has been held at History Colorado, the very nice history museum in downtown Denver.

It even has a permanent exhibit about Amache with powerful films and a “replica” of a family space in an Amache barrack. Unfortunately, because of regulations requiring the exhibit to be wheelchair-accessible, the room is spacious and the tile floor smooth and clean. It’s not realistic at all and makes being imprisoned at Amache seem like a summer camp. The museum has posted a sign explaining that it’s not realistic, so people won’t grumble, “I don’t know what the big deal is, this looks really nice.”

But I digress. Along with putting up the sign this year, History Colorado has been a swell place for Mile High JACL to organize its annual event. As a board member,
I was asked to emcee the event and moderate a panel with concentration camp survivors on Feb. 15. More than 200 people (not just JAs) showed up, an encouraging sign that E.O. 9066 is indeed remembered.

The panel was moving because we stuck to the theme of “Sharing Our Truths,” and I got our panelists, Frank and Toe Sakamoto and Linda Takahashi Rodriguez. Frank was just out of high school; Toe was in high school, and Linda was just a young child. They, along with people in the audience who had also survived the experience, shared stories both funny and sad, and all touching, about life in camp and how the experience colored their lives in the decades since the war.

There was depression. Alcoholism. A lack of privacy in the camps. Boyfriends. Escaping and lying about being Navajo to try and enlist in the Army. The huge JA community in Denver in the immediate postwar years, which filled the local school yearbooks for two decades.

The conversation was framed by a warm-up exercise where everyone in the audience was asked to discuss with each other what they would take if they were told they had two weeks to pack only what they could carry, to be taken to a concentration camp. That’s what families had to discuss 73 years ago, after all. And, attendees were able to watch incredibly evocative home movies from Amache that were just recently donated by a family that had been imprisoned there. The images flickered on the giant screens while 1940s hits and Japanese songs that many internees would have remembered played over the sound system. Sushi and Japanese snacks were donated for the occasion, and many people stayed after the panel to seek out people who had been interned to hear more of their stories.

This is an important day to remember. It helps us not forget the injustice of imprisonment that shattered so many Japanese American lives. And it helps us be vigilant so that such an injustice won’t ever happen again. Hopefully.

NOTE: The Smithsonian Institution, which hosted a DOR event on Feb. 19 in Washington, D.C., also displayed an exhibit of artifacts from the World War II internment camps. They’re looking for more artifacts from life in the camps during World War II. For more information, contact them at
http://americanhistory.si.edu/.

Gil Asakawa is a member of the Pacific Citizen Editorial Board and the author of “Being Japanese American.” He blogs about Japanese and Asian American issues at www.nikkeiview.com, and he’s on Facebook, Twitter and lots of other social media. He also is AARP’s AAPI Community Marketing Communication Consultant.