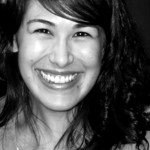 Last week, I watched a film called “Dear White People,” which follows the experiences of four black students at a predominately white, fictional Ivy League university. It was refreshing to see a movie that focused on the experiences of people of color, rather than the mainstream movies I usually watch that are almost exclusively about white people. Even though I know very little about black identity struggles specifically, as a person of color, there were many moments that I found relatable, familiar and funny.

I enjoyed the film overall, but as a mixed-race Japanese American, I was bothered by the portrayal of a biracial black character named Samantha White. Sam is the outspoken, radical leader of the Black Student Union’s protests against discriminatory university policies. She hosts a controversial campus radio show that speaks to the black experience, is well-versed in the history of civil rights and is the new head of an all-black residence hall.

The film follows Sam’s struggle with her identity as a biracial black woman. The fact that she is half-white is highlighted throughout the film as the reason she feels the need to “overcompensate” through her activism as a way to prove her blackness. Sam’s white boyfriend, Gabe, whom Sam repeatedly pushes away as she organizes protests and implements new policies in her residence hall, tells Sam that she is denying her true self by being so militant — after all, he knows she secretly listens to Taylor Swift. Meanwhile, Sam’s white father (literally, Mr. White) is suffering from health issues, adding a sense of urgency to Sam’s feeling that she must “choose a side.” 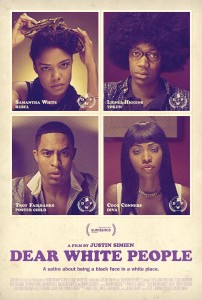 At the end of the film, Sam casts off her “black rebel” persona to reconcile with Gabe and embrace her white identity. Her relationship with Gabe, which suffered as Sam doubled down as a black activist (even as he dismissed her commitment to her cause), is restored when Sam apologizes for rejecting him. Instead, Sam veers toward the other extreme, moving out of the all-black dorm, distancing herself from her black friends, questioning the future of her radio show and even changing her hair.

Being mixed race myself, I felt frustrated and betrayed by this ending. My issue isn’t that Sam chose to reject her blackness; she has the right to define her identity for herself. What I found problematic was the implication that her identity as a black activist was somehow inauthentic because she is half-white. What I saw in the ending was a white man imposing his own vision of a mixed-race woman’s identity upon her, leading Sam to break with her previous understanding of who she is.

A major misconception about the mixed-race experience is the idea of an immutable conflict between your various “sides.” Mixed-race identity is framed in a way that forces a choice between two or more incompatible identities (i.e., being black or white, being Asian or white, but never both). At the same time, this framing suggests that to make this choice is to deny an essential part of who you are. Whether you are choosing to “pass” as white, or embrace your identity as a person of color, the assumption is that a percentage of you remains unfulfilled and excluded. But identity is not a static math equation where the sum of our parts needs to neatly add up to one. Having a loving relationship with your white parent, dating a white person or enjoying Taylor Swift is not mutually exclusive with identifying as a person of color.

I was disappointed that a film that got so many things about race and racism right could get its portrayal of multiracial identity so wrong. “Dear White People’s” treatment of Samantha White played along the tired stereotypes of the “confused mixed-race person,” whose loyalties, beliefs and identity are torn between her two different sides. Instead of mixed-race characters who are forced to make a choice between being white or black, it would be nice to see mixed-race characters who recognize and accept the fluid and nuanced nature of their racial identity. This type of portrayal will help add to an understanding that we all carry multiple identities that form our sense of self; a sense of self that, as Walt Whitman once wrote, can contradict itself because it “contains multitudes.”

Christine Munteanu is the JACL Assistant Program Coordinator. She is based in the JACL’s Midwest Regional Office in Chicago.