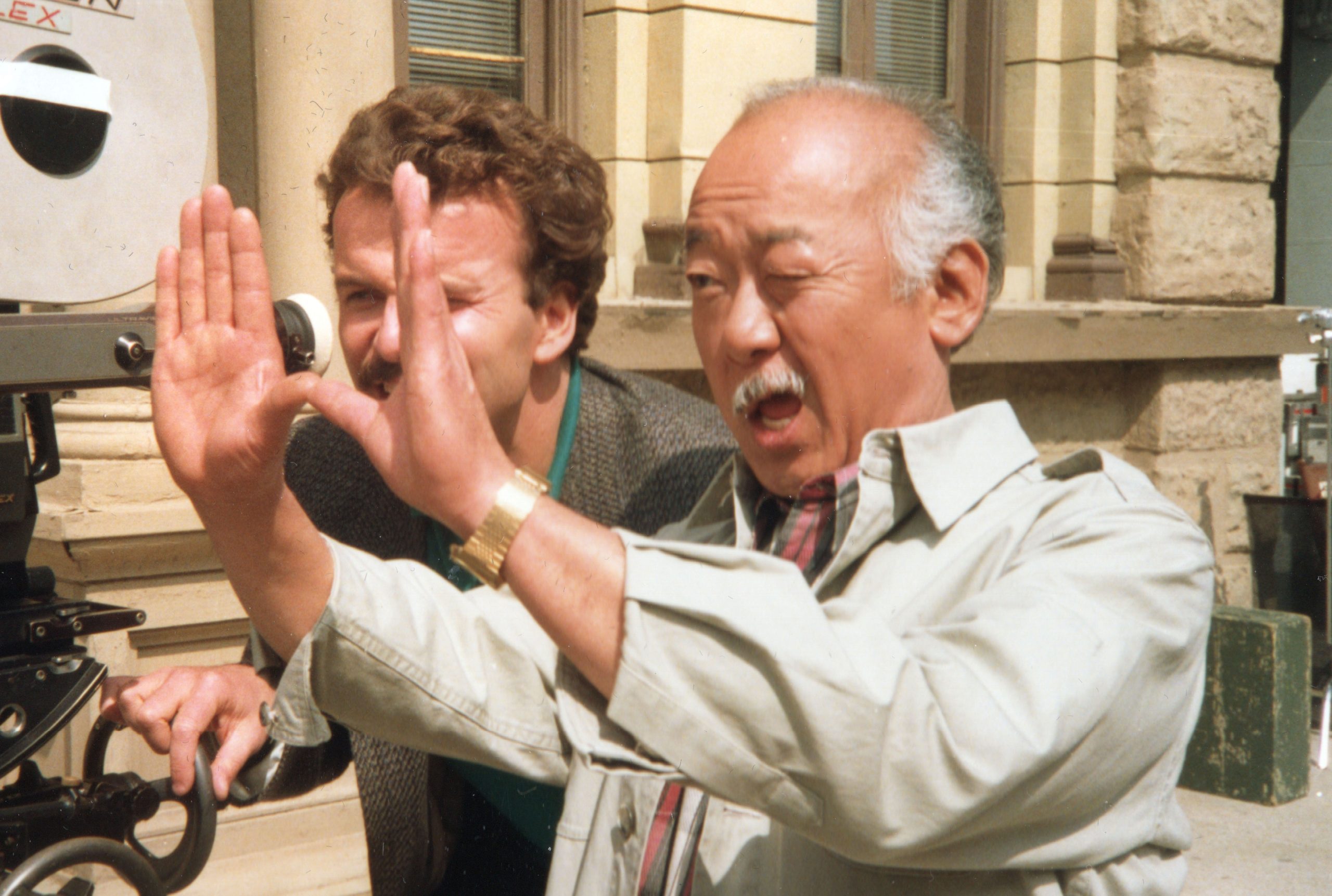 After the success of “Karate Kid,” Pat Morita landed the lead role in the short-lived police drama “Ohara.”

Since Jan. 1, there’ve been millions of eyeballs trained on “Cobra Kai” and the launch of its third season on Netflix.

But in case you don’t subscribe to the streaming service, “Cobra Kai” is a TV series that revisits some of the characters introduced in the 1984 motion picture “The Karate Kid.”

The conceit of this TV show, more than three decades after the original movie, is that it still takes place in Los Angeles’ San Fernando Valley and with many of the same actors reprising their roles — but with a twist.

Unlike the original movie and two of its sequels, protagonist Daniel LaRusso — the New Jersey transplant who learns karate for self-defense — shares the lead with his original movie nemesis: uber-bully Johnny Lawrence, whom LaRusso defeated in the climactic ending at the mythical All Valley Karate Tournament.

Hence the title, “Cobra Kai,” the dōjō where Lawrence trained under the demented tutelage of a sociopathic ex-Green Beret named Kreese. 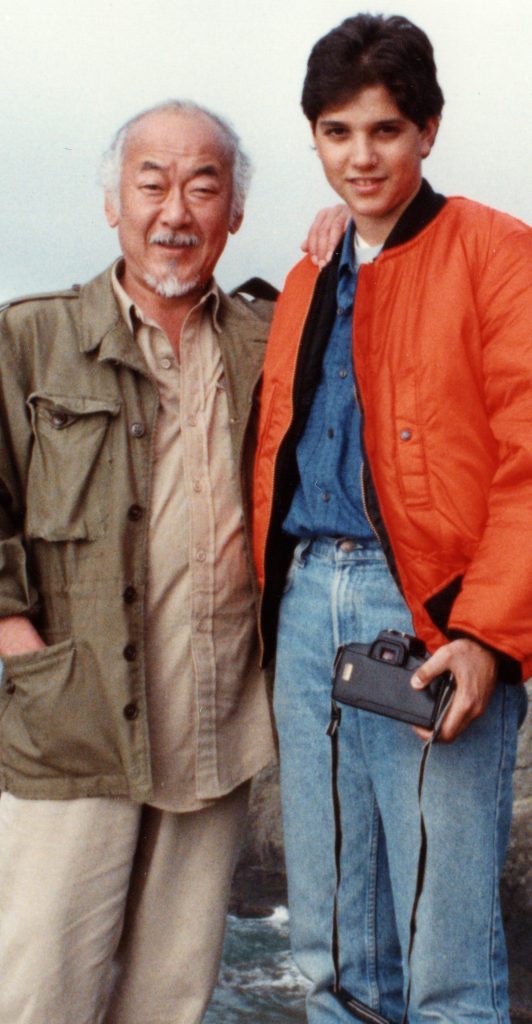 And just how did LaRusso defeat Lawrence in the 1980s? A secret weapon named named Mr. Miyagi, the Yoda-like karate sensei and building supervisor/handyman at the Reseda apartment where Daniel and his mother landed after their cross-country journey.

Actors Ralph Macchio (LaRusso) and William Zabka (Lawrence) lead the cast of veterans and newcomers in “Cobra Kai,” which actually launched in spring 2018 on premium streaming service YouTube Red (as it was then called) and lasted for two seasons. It was YouTube’s most-watched original series and was generally well-received.

It was during the cruel, cruel Covid summer of 2020, however, when “Cobra Kai” really became popular, after it was picked up by Netflix — and when season three dropped on Jan. 1, “Cobra Kai” became a bona fide cultural phenomenon.

Despite the show’s success, there is one major, gaping hole that is conspicuous by its absence: that of the aforementioned Mr. Miyagi, a character who also appeared in a fourth movie that saw LaRusso gone, replaced by a new student, Julie Pierce, played pre-Oscars by Hilary Swank in 1994’s “The Next Karate Kid.”

The absence of Miyagi is understandable, however, because the actor who breathed life into this iconic pop culture figure died in 2005.

That actor was, of course, Noriyuki “Pat” Morita.

For those “Karate Kid” and “Cobra Kai” fans missing both Miyagi the character and Morita the man, there is now a new documentary on his life, available Feb. 5 via several video-on-demand services (Apple TV, iTunes, Google Play, Amazon Prime Video, etc.), thanks to its director, Kevin Derek and his producer partner, Oscar Alvarez of Love Project Films.

Derek and Alvarez began work on “More Than Miyagi: The Pat Morita Story” back in 2016 (P.C., Dec. 16, 2016-Jan. 26, 2017 or tinyurl.com/1l6wxjdf) after producing their documentary “The Real Miyagi,” about master karateka Fumio Demura, who also was Morita’s stunt double in the original “Karate Kid” movies. 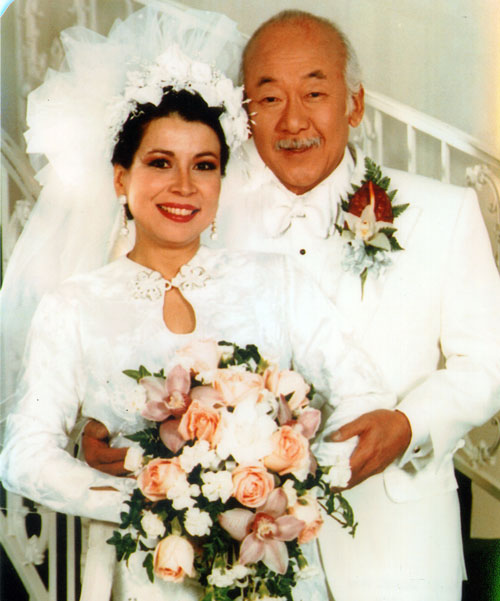 Evelyn and Pat Morita on their wedding day.

The pair were approached by Morita’s widow, Evelyn Morita, after she saw their Demura documentary. She told them of a memoir written by her late husband, which all realized could serve as a foundation for a documentary about Pat Morita’s life.

Slowly but steadily, the documentary came to fruition. In an email exchange with the P.C., Derek explained, “The reason it took this long was because I was working on two projects at the same time.”

As for whether it was worth putting in four years of his life to relay a story that, when the project began, might not have seemed like an obvious choice, Derek wrote, “Yes! I learned a great deal about this wonderful person and met many people along the way that I wouldn’t have if it wasn’t because of this project.”

The success and timing of “Cobra Kai” was an unplanned for boon to “More Than Miyagi” — and Derek couldn’t be happier.

“The interest in Pat Morita was always there but I think the popularity of ‘Cobra Kai’ has made the younger generation more aware of who he is and I think the timing is perfect, because season 3 is looking to honor Mr. Miyagi’s legacy as Ralph Macchio’s character makes a soul-searching pilgrimage to Miyagi’s homeland in Okinawa,” Derek wrote. 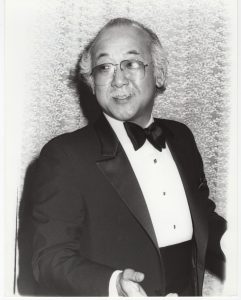 Morita, who prior to the breakthrough role in “Karate Kid,” was most-famous for this role as Arnold in the “Happy Days” TV sitcom during the 1970s, famously received a career highlight best supporting Oscar nomination for his depiction of Miyagi. (That Oscar went to Dr. Haing S. Ngor for his role in “The Killing Fields.”)

What the documentary reveals, however, in addition to that professional triumph are the many personal tragedies, tribulations and setbacks that Morita mostly overcame — but, unfortunately, not all, and not the least of which was alcoholism. “More Than Miyagi” doesn’t pull any seiken zuki in that part of his life.

“Everyone knows that Pat had an alcohol problem,” Derek wrote. “I’m sure people can relate to this because there is at least one person in every family that has some sort of addiction.

“Pat Morita’s wife explains it by saying, ‘I’ve always known alcoholism is a disease, and I never stopped loving him. You don’t stop loving someone just because they have cancer.’ ”

Perhaps some of the roots for Morita’s excesses can be traced to his childhood experiences.

As a boy, Noriyuki Morita contracted spinal tuberculosis and spent years of his young life — including time being confined in a full-body cast — in a sanitorium until an experimental surgery succeeded in giving him back some semblance of having a normal life.

Then, when he could be released at age 9, with the U.S. at war with the Axis powers, that normal life meant leaving the safe confines of a children’s hospital to join his family at one of America’s concentration camps with thousands of other Japanese Americans.

There were other familial traumas revealed in the documentary that also undoubtedly took a collective toll on the young Noriyuki Morita. Alvarez even wondered how he was able to not break and be driven to commit suicide — although one might wonder if Morita’s substance abuse problems were, in actuality, a slow-motion form of that unfortunate action.

Using Morita’s own voice, as well as archival footage of Morita’s TV and movie appearances, “More Than Morita” tells of the comic’s actor’s career and personal struggles, steadily propelled by his standup comedy career, a trajectory he took in his 30s after securing a career in the aerospace industry. It was a brave leap of faith for anyone to take and even more unusual for a Japanese American, if the number of successful Japanese American comedians is any indication.

Commenting on that career rise and personal fall are several people who either knew or worked with Morita or were impacted by his life, including Macchio and Zabka, as well as actors Martin Kove, Esai Morales and James Hong, fellow comedian Tommy Chong, “Karate Kid” scribe Robert Mark Kamen and more. Even Henry Winkler, who famously played an equally iconic character in “Happy Days” (Arthur “Fonzie” Fonzarelli) weighs in compassionately on Morita’s battles.

Noticeably absent from the documentary, though, are actor Tamlyn Tomita, whose movie career was launched in “The Karate Kid Part II,” as well as any of Pat’s daughters from his first marriages. (Evidently, this statement from one of his daughter’s, Aly Morita — “My sisters and I are aware of a documentary being made right now about our father, but have declined to become involved” — reported in the Dec. 16, 2016-Jan. 26, 2017 P.C. was unchanged.)

Unimaginable as it may seem now, the documentary also explains how Morita had to audition over and over again to convince producer Jerry Weintraub, to win the role. The superproducer couldn’t imagine the comedian, who billed himself as “the hip Nip,” had what it took to play the role. 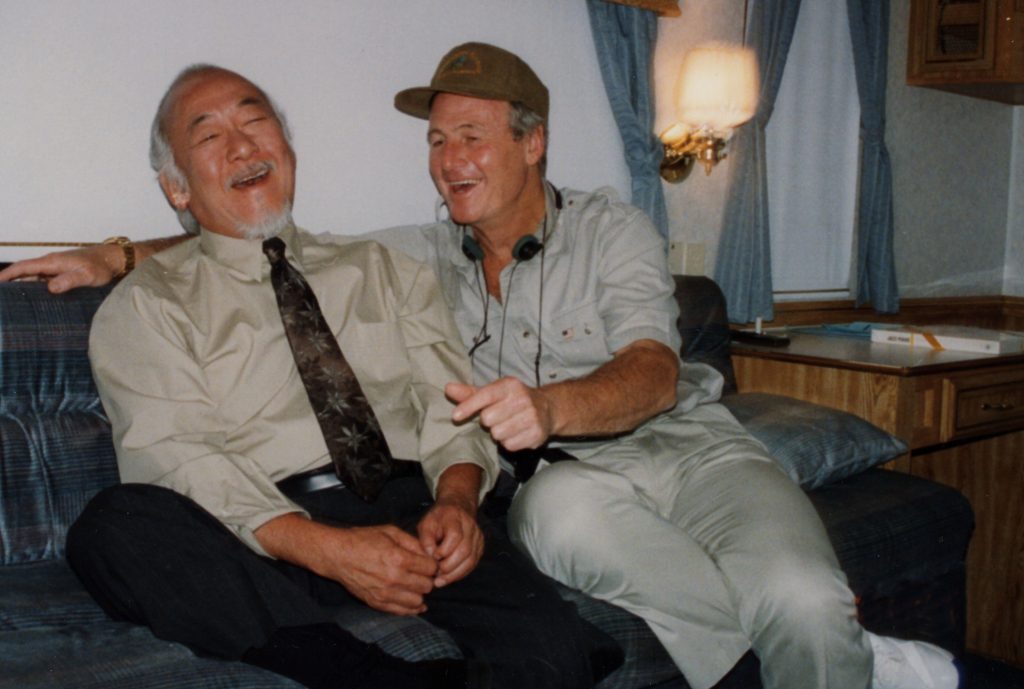 Pat Morita had to convince “Karate Kid” producer Jerry Weintraub that he was the right actor to play Mr. Miyagi.

With “More Than Morita” debuting on several streaming services as a video-on-demand title, one almost inexplicable absence is that of Netflix, which ran Derek and Alvarez’s previous documentary, “The Real Miyagi.” With “Cobra Kai” among its offerings, it would seem like a natural fit and the service could have had it exclusively to itself.

That was not, perplexingly, the case. According to Alvarez, Netflix sent an email saying, in effect, that it didn’t fit their criteria. “They never give you a full explanation,” he said.

That aside, both Derek and Alvarez are stoked for the potential success of “More Than Miyagi” — and Netflix is still helping out, indirectly.

The payoff is especially poignant for Derek, who himself studied karate with Fumio Demura. “I had met Pat back in 1983 and back then I’d only known him as Arnold on ‘Happy Days.’ Just the brief moment I had with him you could feel what a kind, gentle soul he was,” said Derek. 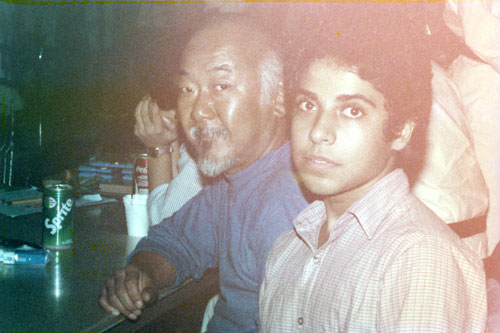 Alvarez concurred. “I want to share this with the world and they’re going to see who Pat really was. Yes, there’s a dark side to him, but he was a kind person and he was very funny and compassionate. He had a tough life and I hope the movie resonates with everyone.”

Now that the movie is done, Derek said he had one wish.

“I just wish Pat was still here with us, so I could’ve personally interviewed him and dove in deeper with the questions because there are a lot of aspects and reasons for the choices that he made that no one can answer other than him.”

(For those interested in buying “More Than Miyagi” on physical media rather than via streaming, it can be purchased on DVD or Blu-ray at morethanmiyagi.com.)