“Discrimination against Asian Americans is a long-standing and malignant problem that has found new roots in the pandemic,” said Acting U.S. Attorney Wilkison. “Everyone deserves to feel safe in their communities, and attacks based on race, ethnicity or national origin have no place in our society. We urge the public to report potential racial discrimination and hate crimes to law enforcement so we can address these illegal and immoral acts.”

“The FBI is committed to reaching out to the AAPI community, among other groups who have been targeted historically with racial bigotry, so that affected individuals know their rights and know that they have an ally with their law enforcement professionals,” said Assistant Director in Charge Johnson, who runs the FBI’s Los Angeles Field Office. “The FBI and partners with the Los Angeles County Sheriff’s Department and the Los Angeles Police Department operate the L.A. Hate Crimes Task Force to investigate and properly address hate crime allegations. We encourage anyone who believes their civil rights were violated to report it so that we can determine whether a crime occurred. Hate crime threats in the form of racially charged rhetoric or violent assaults are taken extremely seriously as we continue to safeguard the rights of every individual, citizen and noncitizen alike.”

In addition to working with colleagues in law enforcement, the United States Attorney’s Office and the FBI review allegations of hate crimes for possible federal prosecution. Members of the public may report a potential hate crime to the Federal Bureau of Investigation. The FBI’s Los Angeles Field Office can be reached 24 hours a day at (310) 477-6565, or reports can be made online at https://tips.fbi.gov/. The Civil Division of the U.S. Attorney’s Office also investigates noncriminal instances of discrimination, and citizens may report potential civil rights violations by submitting this form. 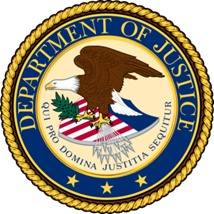 The United States Attorney’s Office is increasing its outreach efforts as more people are becoming aware of anti-Asian bias in our communities. The Office last week participated in a rally on the steps of the Kenneth Hahn Hall of Administration to emphasize that we all stand together as we see an increase in the reporting of hate crime incidents against Asian Americans in our district. The event was presented by the LA vs Hate Campaign and featured representatives from county supervisors’ offices, the mayor’s office, the Anti-Defamation League, Asian Americans Advancing Justice, and other civil and human rights leaders in Los Angeles County.

The United States Attorney’s Office and the FBI, along with other federal partners and community stakeholders, are hosting a virtual community event on April 22 to discuss the federal government’s multifaceted response to hate against the AAPI community and other communities.

President Biden on Jan. 26 issued the “Presidential Memorandum Condemning and Combating Racism, Xenophobia, and Intolerance Against Asian Americans and Pacific Islanders in the United States.” The memorandum mandates that the attorney general explore opportunities to support, consistent with applicable law, the efforts of State and local agencies, as well as AAPI communities and community-based organizations, to prevent discrimination, bullying, harassment, and hate crimes against AAPI individuals, and expand collection of data and public reporting regarding hate incidents against such individuals.