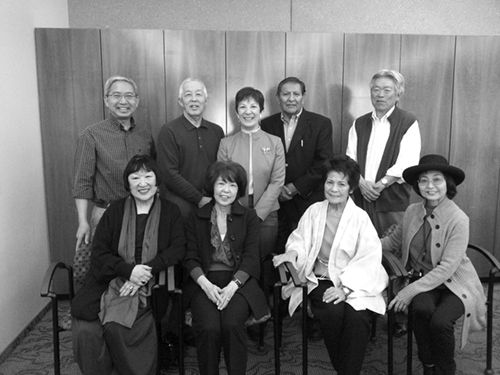 The New Mexico Chapter recently hosted the first teacher-training workshop funded by the Japanese American Confinement Sites grant, where teachers from the Albuquerque area took the day away from their classrooms to learn about the incarceration of Americans of Japanese ancestry by the U.S. government during World War II.

Although none of the 10 camps operated by the War Relocation Authority were in New Mexico, a number of confinement sites that were operated by the FBI or military were in New Mexico. The workshop was able to draw light upon lesser-known confinement sites, including the Lordsburg Internment Camp in Hidalgo County, Fort Stanton in Lincoln County, Old Raton Ranch (Raton Ranch Civilian Detention Station) and the Santa Fe Internment Camp in Santa Fe County.

Jennifer Yazawa, who more than 10 years ago coordinated a teacher-training workshop funded in part through the federal Civil Liberties Public Education Program, again reached out to her cadre of resources to include various public school districts, as well as charter and private schools.

Victor Yamada, a recent “transplant” from Southern California, has been actively involved with the New Mexico Chapter. Yamada worked with Andrew Russell, a professor at Central New Mexico Community College, to prepare the grant proposal to JACS for funds to assemble a traveling exhibit that would tour throughout New Mexico. Both men recognized that the teach workshop would provide an excellent opportunity to inform these teachers about the exhibit.

Also in attendance at the workshop were JACL New Mexico Chapter President Steve Togami; Davis Begay, honorary consul general for Japan, and his wife, Ikuko; Esther Churchwell; and Nikki Nojima Louis, who took part in the event by contributing her personal stories.

And Frank Fisher from the Federal Bureau of Investigation came for the morning session. He attended the workshop to learn more about the wartime experience of Japanese Americans, particularly Issei’s picked up by the FBI during the 1940s. Agent Fisher is currently working with the New Mexico Chapter to have a few members speak to FBI staff so that they in turn can learn a part of the agency’s history with the Japanese American experience.

A resource kit of more than 25 items, books, DVDs and teacher guides was presented to the New Mexico Chapter to augment its resource library. These items will now be made available to educators who would like to borrow the material to share in their classrooms.

The next workshop is scheduled for Phoenix, with Houston, Twin Cities and Livingston-Merced in the works.