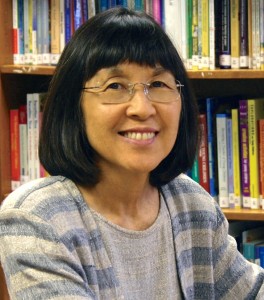 Author and professor Eileen Tamura will give the keynote speech at the 45th Annual Manzanar Pilgrimage, which is set to take place April 26.

LOS ANGELES — Eileen Tamura, author of the 2013 book “In Defense of Justice: Joseph Kurihara and the Japanese American Struggle for Equality,” will be the keynote speaker at the 45th Annual Manzanar Pilgrimage, sponsored by the Manzanar Committee, scheduled for Saturday, April 26, at the Manzanar National Historic Site.

Each year, more than 1,000 people from diverse backgrounds, including students, teachers, community members, clergy and former incarcerees, attend the Pilgrimage, which commemorates the unjust imprisonment of more than 110,000 Americans of Japanese ancestry in 10 American concentration camps located in the United States during World War II. Manzanar was the first of these camps to be established.

In her book, Tamura, a professor and chair of the Department of Educational Foundations at the University of Hawaii at Manoa’s College of Education in Honolulu, reveals a history of Japanese Americans during the first half of the 20th century as lived by Joseph Yoshisuke Kurihara, a dissident who was one of the central figures in the Dec. 5-6, 1942, Manzanar Riot and eventually ended up at the Tule Lake Segregation Center.

“We are so pleased to have Eileen Tamura as our keynote speaker,” said Manzanar Committee Co-Chair Bruce Embrey. “Her contributions to our understanding of what our families and community endured during World War II are unique and powerful.”

Continued Embrey: “Examining one of the most outspoken and least understood inmates, Joe Kurihara, professor Tamura illuminates the painful and complicated nature of the forced removal. By telling the personal story of Joe Kurihara, she sheds new light on the heroic resistance within Manzanar, particularly the events surrounding the Manzanar Riot of December 1942. She offers new understanding of the painful and divisive issue of loyalty and the struggles of those who chose to renounce their U.S. citizenship. We’re proud and excited to have professor Tamura as our keynote speaker.”

The afternoon program, held at the Manzanar cemetery site, will begin with a performance by UCLA Kyodo Taiko, the first collegiate taiko group in North America. It will conclude with the traditional interfaith service and Ondo dancing.

In addition to the daytime program, the Manzanar at Dusk program follows that same evening, from 5-8 p.m., at the Lone Pine High School auditorium in Lone Pine, which is located nine miles south of the Manzanar National Historic Site.

Through a creative presentation, small group discussions and an open mic session, Manzanar at Dusk participants will have the opportunity to learn about the experiences of those incarcerated in the camps. Participants will also be able to interact with former incarcerees to hear their personal stories, share their own experiences and discuss the relevance of the concentration camp experience to present-day events and issues.

Both the Manzanar Pilgrimage and the Manzanar at Dusk program will also deal with the current fight to protect Manzanar’s viewshed from being marred forever by large-scale renewable energy development by the Los Angeles Department of Water and Power’s proposed Southern Owens Valley Solar Ranch and by Inyo County’s proposal to open up even more land near Manzanar to such development.

The Manzanar Committee has also announced that bus transportation to the Pilgrimage from Downtown Los Angeles is available.

The bus will depart at 7 a.m., arriving at the Pilgrimage at approximately 11:30 a.m., and will also take participants to the Interpretive Center at the Manzanar National Historic Site following the afternoon program. The bus should arrive back in Los Angeles at approximately 8:30 p.m.

Reservations will be accepted on a first-come, first-serve basis. For further information or to make a reservation, call (323) 662-5102 or send e-mail to 45thpilgrimage@manzanarcommittee.org. The nonrefundable fare is $40 per seat, $30 for students and seniors. Complimentary fares are available for those who were incarcerated at any of the former American concentration camps or other confinement sites during World War II.

The Gardena Valley Japanese Cultural Institute is also offering bus transportation to the Manzanar Pilgrimage from Gardena, Calif. The bus is set to leave GVJCI at 6:30 a.m. and will return by 8:30 p.m.

Registration information for the GVJCI bus is available on its website at http://www.jci-gardena.org.

Pilgrimage participants are advised bring their own lunch, drinks and snacks, as there are no facilities to purchase food at the Manzanar National Historic Site (restaurants and fast-food outlets are located in Lone Pine and Independence). Water will be provided at the site.

Both the daytime program and the Manzanar at Dusk event are free and open to the public.