Eunice N. Sato, whose many accomplishments included serving as mayor of Long Beach, Calif., from 1980-82, being honored in 1996 by the government of Japan with a kunsho, the Order of the Sacred Treasure, Gold Rays with Rosette, for her role in advancing U.S.-Japan relations and in 2015 having a Long Beach, Calif., school — the Sato Academy of Mathematics and Science — named after her, died Feb. 12, four months before her 100th birthday. 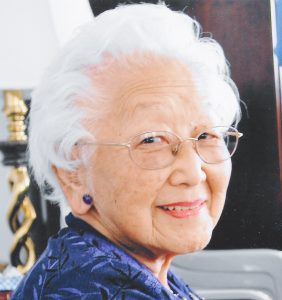 Born in 1921 in Livingston, Calif., Eunice Noda was attending San Jose City College when the U.S. declared war on Japan after its Dec. 7, 1941, attack on Pearl Harbor.

President Franklin D. Roosevelt signed Executive Order 9066 on Feb. 19, 1942, but Noda and her family were able to voluntarily evacuate from California before the mass roundup and incarceration of thousands of ethnic Japanese on the West Coast. She was able to join relatives in Colorado, whose Gov. Ralph Carr welcomed Japanese Americans as a matter of principle but at great personal political cost.

The bravery Carr exhibited as a politician may have indirectly inspired her to pursue politics after her marriage to Thomas Takashi Sato, whom she met in Japan during the postwar occupation, when he was serving under Gen. Douglas MacArthur and she was utilizing her master’s degree earned at Columbia University Teacher’s College to teach at Yokohama’s Ferris Seminary.

After they married, their children, daughter Charlotte and twin sons, Daniel and Douglas, were born in Japan.

The seeds of Eunice Sato’s political career began after they returned to California in 1956 and she began volunteering for the PTA and her church. Her commitment to her community led to her winning run for the Seventh District City Council seat in 1975.

When the issue of Japanese American redress was heating up in the 1970s and ’80s, Sato was a prominent voice for those Japanese Americans who were opposed to the proposed monetary payment component. 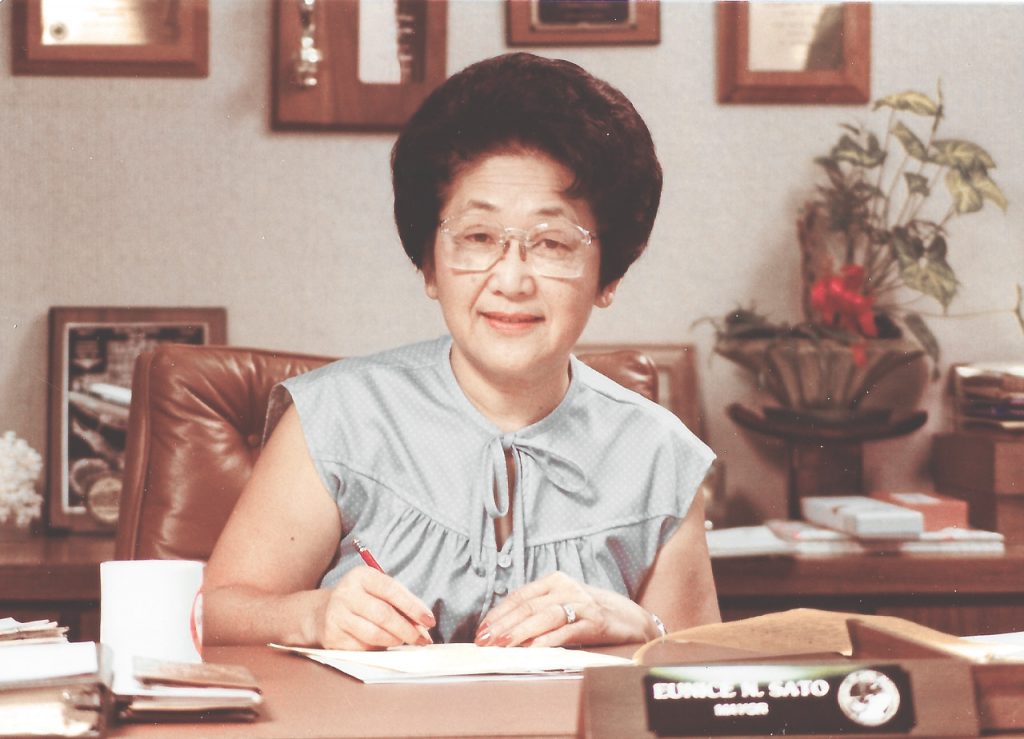 For her, like Colorado’s Gov. Carr, it was a matter of principle. In a 1987 Los Angeles Times article, she was quoted: “I think it is demeaning to think you can pay off with dollars,” she said. “Paying any sum of money won’t erase the fact that (the internment) took place and people were hurt and deprived and lost their basic lives.”

When President Ronald Reagan signed the historic redress bill on Aug. 10, 1988, which included an apology and a $20,000 compensation check, Sato backed her words with action and without fanfare donated her check to the JACL Legacy Fund.

Sato was predeceased by her husband, Thomas, who died in 2013, and her siblings, Joseph, Rose, Julia, Robert and Art. She is survived by her daughter and sons and their families.