EWP’s Show Goes on to Honor Three With Visionary Awards

The delayed gala becomes a virtual affair due to novel coronavirus.

In the ongoing battle between the novel coronavirus vs. the world, East West Players displayed its “show must go on” credo by transforming its 54th Visionary Awards and Silent Auction into the First Virtual Visionary Awards & Gala. 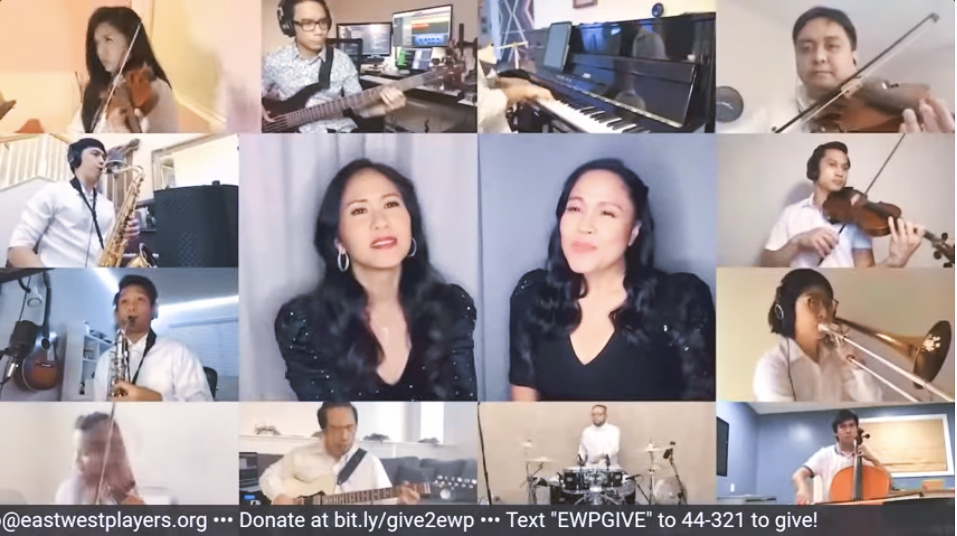 Originally set to take place on April 27 at the Hilton Universal City in Studio City, Calif., the date was changed to May 31 and the venue became a cyberstitched mix of prerecorded and live-streamed-from-home segments viewable on YouTube and FaceBook.

And, in spite of the to-be-expected technical glitches, the show did eventually go on. Score: EWP 1, Virus 0.

But there was an added level of surreality to the proceedings as TV news outlets in Los Angeles simultaneously broadcast live the looting, vandalism and fires caused by the berserkers who hijacked the peaceful demonstrations of those protesting the death of George Floyd by members of the Minneapolis police.

Addressing the situation, honoree Daniel Mayeda said, “I have to admit I feel a little awkward standing here alone in my living room, desperately in need of a haircut, wearing a tux, talking to an iPhone.”

Mayeda was one of three who received the EWP’s Visionary Award, the other two being the Aratani Foundation and screenwriter Adele Lim.

In his introduction for Sakaye Aratani, the widow of George Aratani, and their daughter, Linda Aratani, TV newsman David Ono of KABC-TV said, “To say that the Aratani Foundation has had an impact on the Asian American and, specifically, the Japanese American community here in Southern California and nationally would be an understatement.”

“This legacy and work continues today, led by their daughters, Linda and Donna,” Ono said. 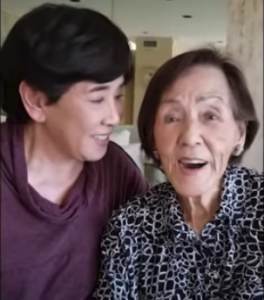 “We want to appreciate everything they’ve done for us,” she said.

Mayeda, an entertainment attorney who joined the EWP board of directors in 1994 and has served in various capacities with the organization, including board chair, was introduced by Dang as EWP’s longest-serving board member in East West Players history.

The co-founder and chair of the Asian Pacific American Media Coalition, the associate director of the Documentary Film Legal Clinic at UCLA School of Law (which trains attorneys to help documentary filmmakers pro bono to “help underrepresented storytellers get their stories out to the public”) and a shareholder with the law firm Ballard Spahr (formerly Leopold, Petrich and Smith), Mayeda recalled that when he joined the EWP board in 1994, the theater company was in an area real estate agents called “Silver Lake adjacent.” 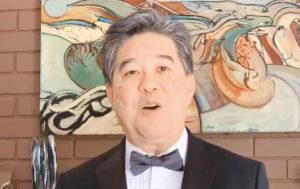 The plan to move to its current location in Little Tokyo meant raising funds to cover relocation costs and a tripling of its operating budget, Mayeda noted. While EWP worked hard to overcome those challenges during his tenure, he said that the pandemic-caused shutdown and related show cancellations has hurt EWP’s financial status quo and that this may be “the most-serious challenge that the theater has faced in its 54-year history.”

“But,” he continued, “I am confident that with all the people watching tonight, including people watching all across the country, that you will all rise up and support the theater and enable it to survive and advance and thrive.” 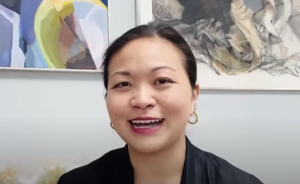 “When I came to this industry, I was very much an outsider — Asian, female and a recent immigrant,” she said. “I found it very challenging breaking into an industry and writing stories, characters and roles that could not be any further from who I was or my experiences. But things are changing now, they’re different, thanks to the tenacious fighting spirit of our community and our homegrown organizations such as East West Players, CAPE and Gold House.”

At the end of the show, it was announced that EWP reached its goal of raising $200,000.

A recording of the First Virtual Visionary Awards & Gala can be viewed at tinyurl.com/yboxwh39,