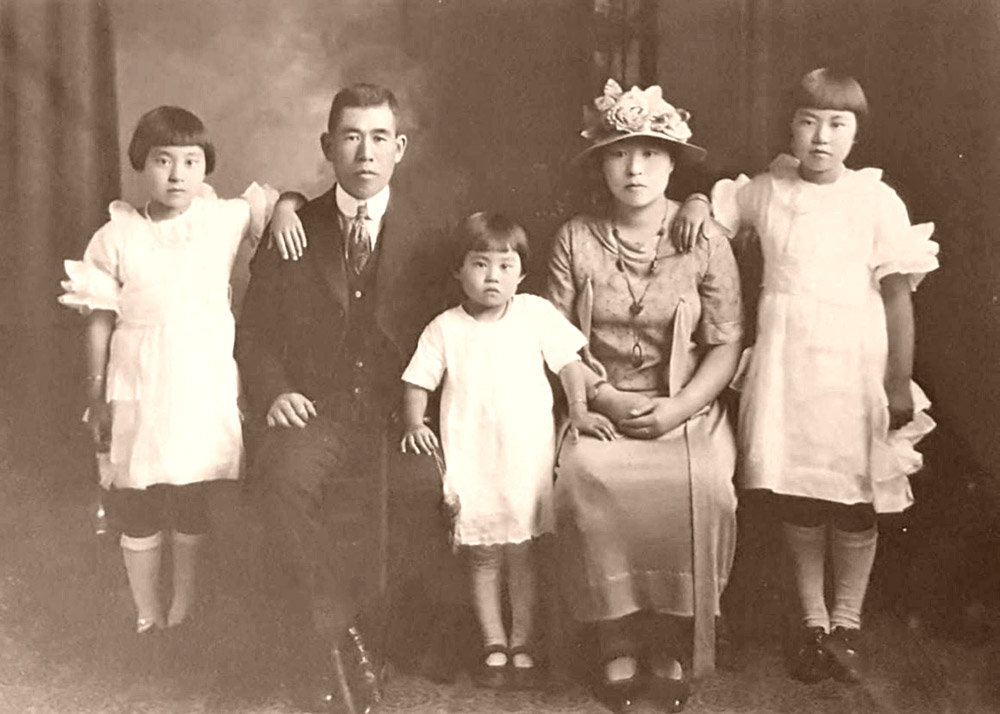 It was the worst day of his life. That was all he would ever say about it.

Looking at black-and-white photos of my great-grandfather, the stoicism etched in his expression is impossible to ignore. But to understand his story — that of a quiet, Japanese merchant who came to America with his wife to start a new life in the early 1900s — it becomes clear the extent to which living in America, filled with its golden grain and promises, also took its toll on him.

Like millions of America’s immigrants then and now, my great-grandfather chose a life that he could not anticipate. Silently, he stepped off the boat onto the soil of the Pacific Northwest with only the possessions he could carry.

Together with my great-grandmother who would come later, they forged new lives with each step and encountered a future littered with seemingly endless pathways into the unknown.

America has long flirted with its immigrants, promising a life full of opportunity — of fairness under the law. Over the course of history, however, her temperamental outbursts have been indiscriminate; from the early Irish and Chinese immigrants to the Latino and Muslim immigrants of today, America has chosen when to define immigrants as “one of us” or “other.”

Not too long after many immigrants realize that the lottery to which they have a ticket is actually the beginning of a marathon race to the finish, they turn to what is within their power to contribute.

Often led to believe that hard work is the missing link to making them “more American,” these immigrants soon discover that being paid under the table is just another way of separating them with invisible barriers from the rest. As they catch the last millisecond of strangers’ sideways glances, they begin to realize that something about them — the way they look, the way they eat, the way they greet others — doesn’t quite fit in.

The culminating disappointment of these realizations juxtaposed to their dogged

efforts to make America their new home creates an undeniable tension that begins to define the immigrant experience: What exactly does it mean to call America home?

My great-grandfather would get his answer the day the FBI came to his house late one evening to take him away from his family.

The anxiety had been growing for months. It hadn’t been long after Pearl Harbor when an icy veil of suspicion descended on the Japanese American community in California.

It started gradually with the absence of the friendly greetings on the street — invisible cues foreshadowing distance. Then came the signs: “Go home, Japs” they read.

The hurt was easier to digest coming from strangers but impossible to mask when it came from neighbors. And then, straight from the mouth of President Roosevelt with Executive Order 9066, my great-grandfather and his family were to become prisoners of their home.

Over the more than 30 years he had lived in America, my great-grandfather had quietly become a leader in his community of Japanese Americans.

In Stockton, Calif., he owned a small trucking company. His work was simple, but he kept an eye on the others to make sure everyone was cared for. People gauged his silence for meaning, for direction.

It was one of his many friends that alerted him — the FBI would be coming after him within the next 24 hours.

Packing little more than what they had been able to bring to America, they were shipped to the swamps of Rohwer, Ark. — a prison of another sort.

Their careers, their possessions, their lives and American dreams uprooted in one fell swoop.

The suspicions intensified in the camps. The barbed wire that separated 120,000 people of Japanese descent, over two-thirds of whom were the American-born children of Japanese immigrants like my great-grandparents, reminded them that America was still not truly their home.

Their America was a different one: an America that asked its young sons if they would faithfully serve the country that had just put them and their families behind barbed wire.

By the end of the war, the only crime these 120,000 Japanese Americans were charged with was looking like the enemy. Backed by the government, America had decided that one group above all others warranted increased surveillance.

Raymond Tomikichi Ito — my great-grandfather — passed away long ago.

I never had the chance to meet him, but I keep his story close.

While the physical prisons have yet to surround another group of immigrants or American citizens since the Japanese internment camps of World War II, America’s hysteria with the “other” is something that should never be normalized.

The harm of Executive Orders that promote discriminatory agendas has already been experienced. Let us not forget.

Jessica Huey works as a social sector capacity builder in the Bay Area with FMA. She received her master’s in Public Policy from Harvard’s Kennedy School of Government and her B.A. from Brown University. Jessica is a fourth-generation Japanese American (Yonsei) on her mother’s side and fourth-generation Chinese American on her father’s side. This article was printed with permission by the writer. It originally appeared on Feb. 27 in the Harvard Law and Policy Review.