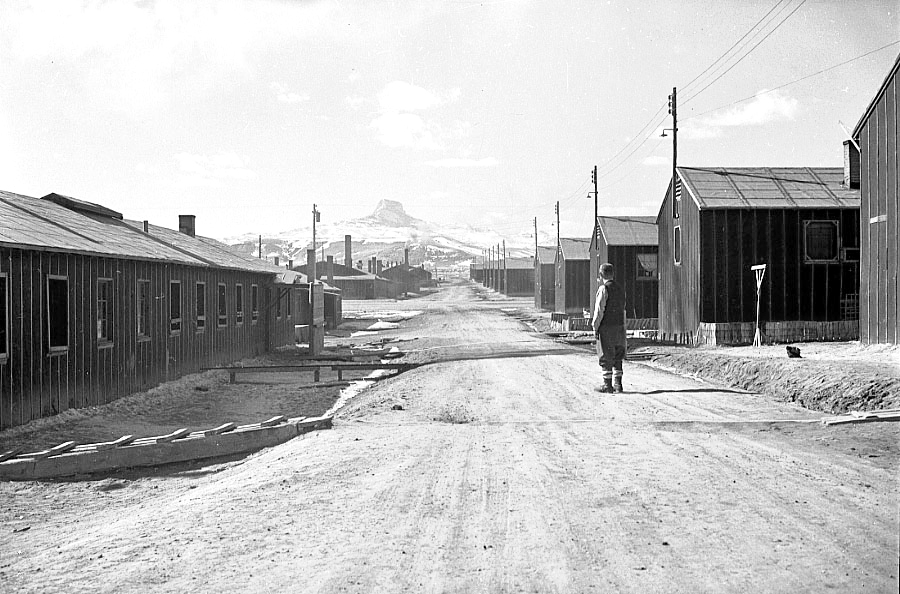 A special reception of ‘Close-ups of Time Forgotten: The WSU Hirahara Photos Created in a Secret World War II Underground Darkroom’ featuring Patti Hirahara will be held on Oct. 12.

Trevor James Bond, co-director of the Center for Digital Scholarship and Curation and associate dean for digital initiatives and special collections at the Washington State University Libraries, will introduce the WSU George and Frank C. Hirahara Collection and its donor, Patti Hirahara of Anaheim, Calif., the last-born descendant of the Hirahara family in the U.S. and a third-generation photographer.

Hirahara will present and discuss some of the most iconic photos in the collection while exploring the efforts of two extraordinary men in her family who documented their lives as Japanese Americans incarcerated at Heart Mountain.

Patti Hirahara’s unique family story of how her grandfather, George Hirahara, built a secret photo darkroom and miniphoto studio under his family’s barrack apartment 15-9-A in Heart Mountain, Wyo., and produced a collection of more than 2,000 photographs is relatively unknown.

From 1943-45, George Hirahara and his high school-aged son, Frank C. Hirahara, took and processed what is considered to be the largest private collection of photos taken at this Japanese American concentration camp.

Being in America since 1907 from Wakayama Prefecture in Japan, three generation’s of Patti Hirahara’s family came from Yakima, Wash., where her grandfather ran the Pacific Hotel before his family’s incarceration during WWII.

The Hirahara family, while in Heart Mountain, ordered their camera equipment and supplies from the Montgomery Ward and Sears Roebuck mail order catalogs.

Since then, the collection’s images have been part of groundbreaking projects delving into the history of the Japanese American incarceration during WWII. These have included the Emmy Award-winning documentary “Witness: The Legacy of Heart Mountain,” co-produced by ABC7 Los Angeles Eyewitness News anchor David Ono and Emmy Award-winning TV editor and videographer Jeff MacIntyre, and “Allegiance,” a Broadway musical inspired by the personal experiences of actor George Takei.

Registration for the free reception at 6 p.m. and program at 7 p.m. is required. To register, visit www.fdrlibrary.org. For more information about the exhibit and special event, email clifford.laube@nara.gov.