She Maintained the Legacy of Her Father, Civil Rights Icon Minoru Yasui

Holly Yasui, a multihyphenate talent who spent the last several years paying tribute to her late father’s legacy, has died. She was 67. 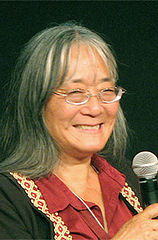 Min Yasui, who died in 1986, was a stalwart leader within the Japanese American Citizens League. His WWII-era challenge to a curfew singling out those of Japanese ancestry, including U.S. citizens, reached the Supreme Court.

According to her immediate family, Yasui died at a hospital on Oct. 31 in the town of Celaya, not from where she had made her home in San Miguel de Allende, in the state of Guanajuato, Mexico since 1991.

Her family released the following statement: “We are so grateful for the outpouring of love and prayers for Holly and our family. While we grieve Holly’s loss, we are blessed to honor her legacy and magnetic spirit. Holly was a passionate advocate for civil justice and a champion of her father’s legacy. We appreciate your support and kind words; they are seen, felt, and appreciated by the entire family.”

JACL Executive Director, David Inoue fondly recalled Holly Yasui. “When I first met Holly at a rally in Washington, D.C., she was especially enthusiastic about JACL’s leadership in fighting on behalf of other communities. This was not only her father’s legacy and his strong belief in JACL’s purpose, but she made fighting for justice her own mission. Her unexpected passing is a shock and tragic loss to us all.”

In a statement on behalf of the Japanese American National Museum, President and CEO Ann Burroughs said, “The Museum is deeply saddened to learn about the passing of Holly Yasui, whose film about her father keeps the legacy of his groundbreaking civil rights activism alive. Holly’s film memorializes the remarkable efforts of how one man — her father — was fearless in his drive to correct a terrible injustice. His spirit lived on in Holly’s own deep commitment to social justice.”

Karen Korematsu, whose father Fred Korematsu also filed a legal challenge to the forced removal and evacuation of ethnic Japanese that reached the Supreme Court, said, “Holly Yasui had the same fighting spirit as her father, Minoru Yasui. She dedicated the rest of her life carrying on her father’s legacy as an advocate and filmmaker. It is a small ‘club’ that Holly, Jay Hirabayashi (Gordan Hirabayashi) and I (Fred Korematsu) shared in carrying on our respective father’s legacies. We worked together and used our collective voice to speak out as our fathers did in the fight to uphold civil rights and democracy for all. I am saddened of Holly’s passing and will miss my friend.”

In a statement regarding Yasui’s death, the Tuna Canyon Detention Station Coalition said, “Holly dedicated her life to fighting for justice and sharing her family’s stories.  She will be greatly missed by all who had been touched by her love and kindness. We dedicate our lives by taking her spirit in persevering for justice for all.”

A native of Denver, she and sisters Iris and Laurie were the three daughters of Tsuru “True” and Min Yasui.

In addition to being an educator, writer, playwright and activist, Holly Yasui was also a filmmaker, and she used those skills in collaboration with Will Doolittle to share her father’s story via the documentary movie, “Never Give Up! Minoru Yasui and the Fight for Justice,” which premiered on March 28, 2017, in Salem, Ore., in conjunction with Minoru Yasui Day. 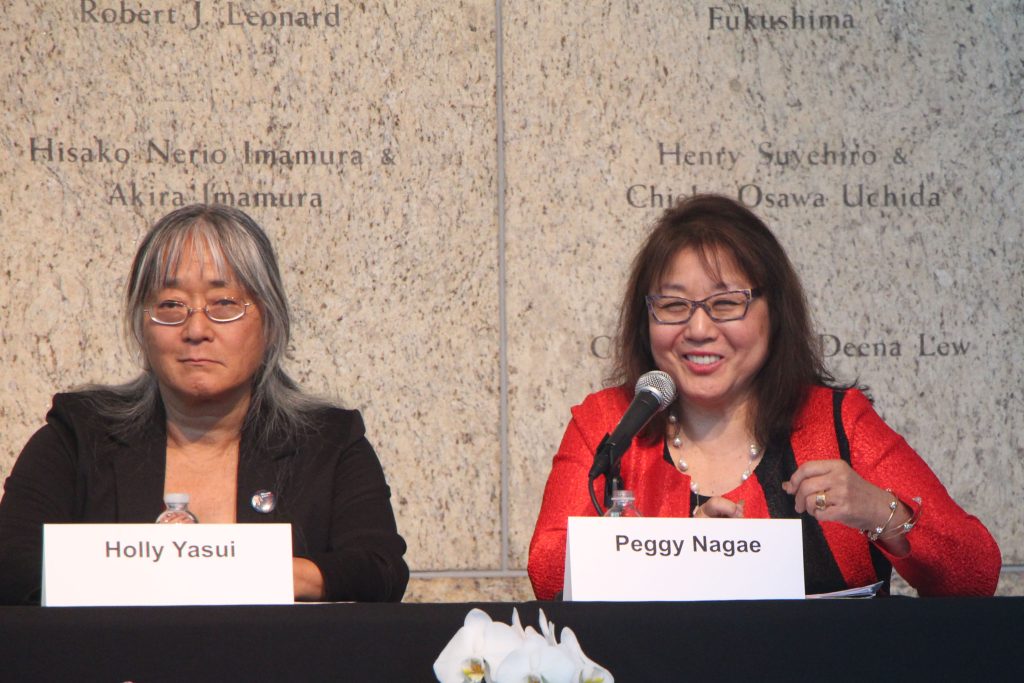 Prior to that, she wrote the play “Citizen Min,” also about her father, and co-founded the Minoru Yasui Tribute Committee with Peggy Nagae, who served as the lead attorney for Min Yasui’s revived attempt to overturn the 1943 Supreme Court decision using an arcane legal procedure known as writ of error coram nobis.

In 2016, the Minoru Yasui Tribute Committee successfully nominated Min for a Presidential Medal of Freedom, the highest civilian award in this country, which he received, posthumously from President Barack Obama in 2015.

She is survived by her partner, Gerardo Armenta Ojeda, sisters Iris and Laurie, and many friends and relatives.