I was the first to volunteer 12 personal scrapbooks covering my 44 years in Anaheim and my professional career. The Anaheim Free Methodist Church, Anaheim’s Orange County Buddhist Church and other Japanese American families in the city also participated in the project.

This would be the start of documenting Anaheim’s Japanese community in the Anaheim Public Library Heritage archives. It was also the first time my father, Frank C. Hirahara, allowed some of his priceless Heart Mountain photographs to be part of a digital collection.

I worked with Jane Newell, who is now the Anaheim Public Library Heritage Services Manager, on this project. From this initial start, I kept in touch with Newell about what we could do in the City of Anaheim to tell the Japanese American story here.

When my father passed away in 2006, my mother and I felt that now would be an opportunity to start the discussion of preserving the Japanese American legacy in our hometown, a city we had lived in since 1955.

As is written on the Anaheim Public Library’s family photo collection page, “When Frank C. Hirahara passed away in 2006, he could not have imagined that his family’s history would allow historians and museums to create photographic collections and exhibits across the U.S. that would tell the tale of the Japanese immigration into the United States, their history in America and the incarceration of Japanese Americans during WWII.”

“Beginning with the Hirahara family’s 2009 Anaheim exhibit ‘Four Generations and 100 Years in America,’ Frank C. Hirahara is being remembered as a pioneer, not only here in Anaheim, but also in the Pacific Northwest and across the U.S. His foresight is now allowing other Japanese American families to tell their stories through his photographs, and for some, allowing them to discover a piece of history that they never knew existed,” the Anaheim Public Library commented.

From that point forward, this initial 2009 “Museum Without Walls” concept exhibition about my family, which was funded by my mother, Mary Hirahara, showed the City of Anaheim that there was interest by the local community to see future exhibitions about the Japanese pioneers in Anaheim.

We became the first four-generational family in the City of Anaheim’s archives, and we donated many artifacts, photos and documents about our family, which became the first Hirahara Family Collection to be created.

As with any community, projects cannot proceed without funding. So for the next nine years, my mother made a monetary donation, each year, to ensure that there was a fund that could be used to help create an exhibition.

In knowing that this money could be used as a matching grant-funding source, Jane Newell and the Anaheim Public Library applied for many grants to help fund a potential exhibition, and I continued to volunteer to help the endeavor.

We also helped create the Anaheim Public Library’s Family Photo Collection page, and in 2015, the Hirahara family was the first to debut on the site. 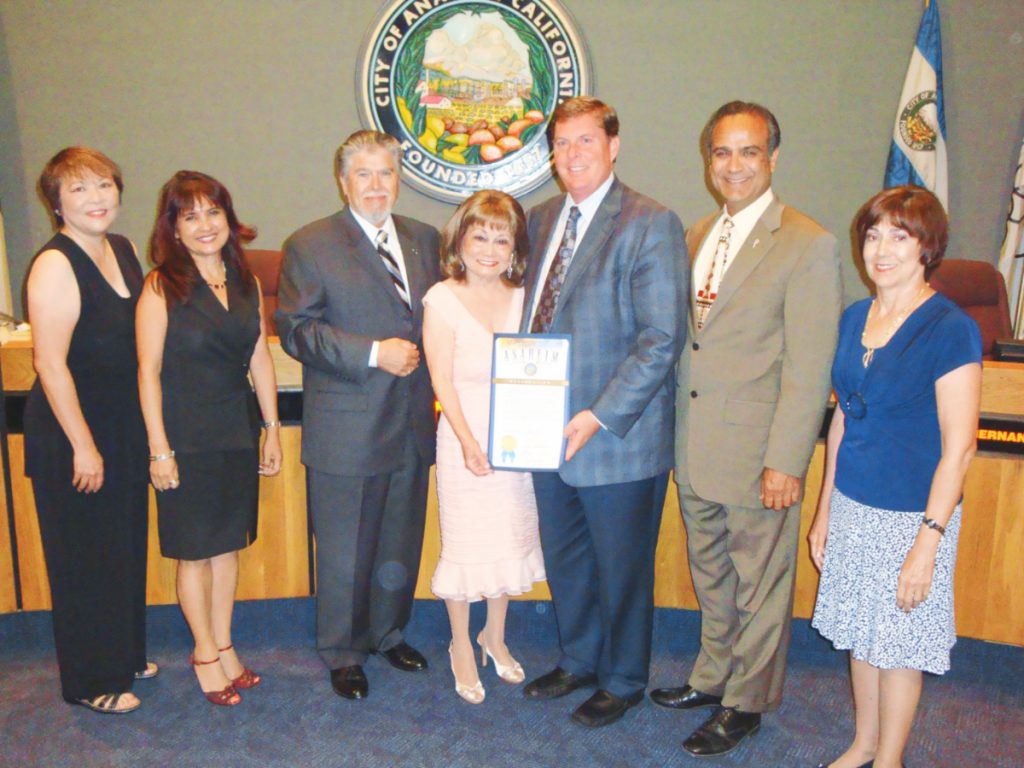 Work started right away to reach out to the Japanese American community to continue to gather oral histories about Anaheim families and those that were active in the Anaheim community before and after World War II.

A date was then set with the Anaheim Muzeo Museum and Cultural Center to use its 5,000-square-foot exhibition space and lobby area to feature the story of the Anaheim Japanese pioneers, their incarceration into the Poston War Relocation Center in Arizona and evacuation to other parts of the U.S., as well as their resettlement back to Anaheim following the end of WWII.

People and organizations from other parts of Southern California and the U.S. also contributed by loaning artifacts and information, which enhanced this local endeavor.

I worked with the students to create documentation that would preserve this history for future generations, and funding for these interns was provided by private sources. 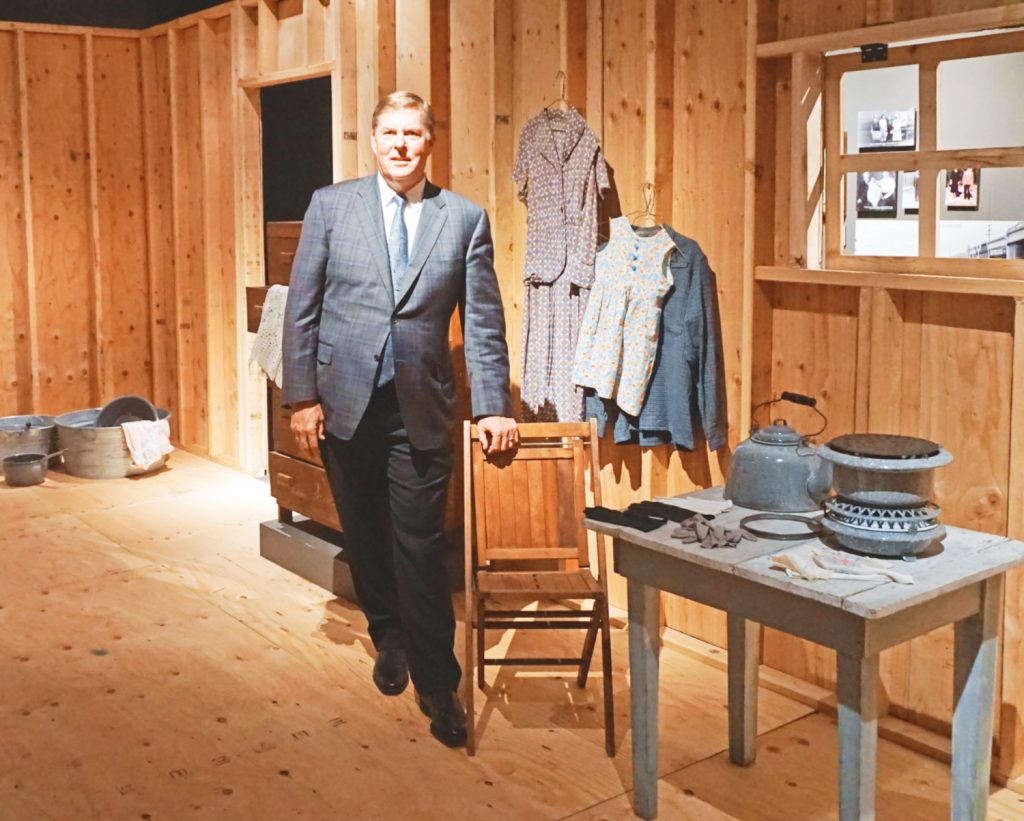 Former Anaheim Mayor and past Muzeo Chairman of the Board Curt Pringle is pictured in the Muzeo exhibit’s re-creation of a Poston large family barrack. (Photo: Patti Hirahara)

Curt Pringle, who was the mayor of the City of Anaheim in 2009 and is now past chairman and a member of the board of directors of the Muzeo Museum and Cultural Center, offered his perspective on the current exhibition, which was made possible as a result of the joint collaboration between the Anaheim Public Library and the Muzeo.

“The Muzeo of Anaheim has been a local museum of arts and culture for over 10 years now,” Pringle said. “When we established the Muzeo, we wanted to bring an awareness of cultural and historical issues to the community. The ‘I Am an American’ exhibit on the Japanese American incarceration is the perfect expression of such an important time in our history and the local impacts of those past actions.”

Pringle continued, “We wouldn’t be where we are today in telling the Japanese American pioneer story in Anaheim without the steadfast work of the Hirahara family. We are so thankful to them for the decades-long toil to bring this important reflection to our entire community.

“The entire Muzeo family and the entire Anaheim community thanks the Hirahara family for making sure this important story is told in such a complete way.

“No matter how much you know about the Japanese internment and Japanese American incarceration story, the ‘I Am an American — Japanese Incarceration in a Time of Fear’ exhibit at the Muzeo will bring to life this story in a new and impactful way,” Pringle concluded.

“Anaheim has always been a city of immigrants. As an immigrant myself, ‘I Am an American’ hits home for me and many in our city,” Sidhu said. “Since the earliest days of our city, we have had a strong Japanese American community, which thrived despite the unthinkable challenges of incarceration and discrimination during and after World War II. We proudly call Anaheim the ‘City That Empowers the American Dream,’ and our Japanese American community truly embodies that spirit.”

The City of Anaheim is a unique example of how one American city can work within its own community to share the Japanese American pioneer story in a major museum exhibition, as well as incorporate its schools into the project  as well. The Anaheim Union High School District and Anaheim  High School have created  an educational program on this subject.

Telling the story of Anaheim High School’s 70 student graduates of Japanese descent before WWII and those that were forced to relocate in 1942, “The Poston Experience: Paving the Way for the Next Generations” educational program on Aug. 24 (Pacific Citizen, Sept. 13-26, 2019) was a unique concept, having been created and presented at the same time. This was a phenomenal milestone.

Some 800 people came to the historic Anaheim High School Cook Auditorium from all parts of the country to witness videos created by current Anaheim high school and elementary school students depicting their interpretation of what happened 77 years ago to Japanese Americans, complemented by a panel discussion. This was a very powerful message to show how this untold story continues to impact all generations to this day. 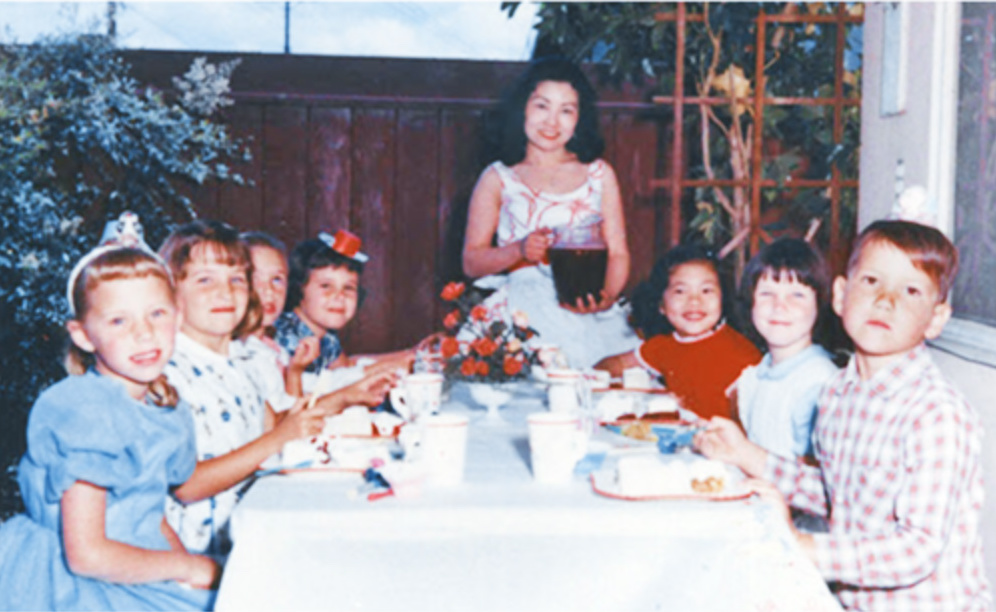 I hope that those who read this article will be inspired to do the same in their communities, as well as start creating their own family collection and consider donating it to their local library, college, university or museum.

For an idea on how to get started, following is the template of  the Hirahara Family Collection  at the Anaheim Public Library (https://www.anaheim.net/2626/Hirahara-Family-Photo-Collection), as well as a video produced by the City of Anaheim in 2009 (https://youtu.be/n8T0G6xJS4A).

A 20-year dream came true in the City of Anaheim, and I look forward to seeing how this story will become part of the educational curriculum, at all levels, for future generations.