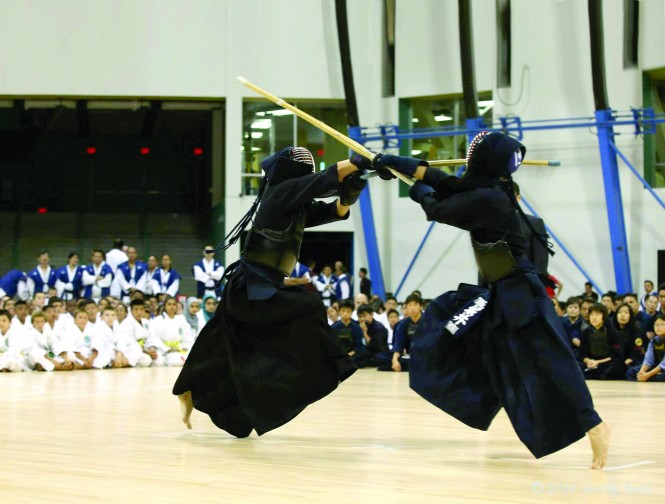 ‘Games for the Generations’

A 1-year-old child races 50 meters down a track and is rewarded with a medal along with the applause of family and spectators. It’s a priceless moment that captures the spirit of the Nikkei Games: “Games for the Generations.” 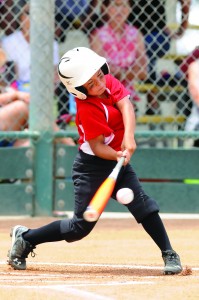 This year’s Nikkei Games brought together particpants in all ages in martial arts, golf, baseball, basketball, bowling, volleyball and more to complete in the historic, friendly competition. Photo by Heston Quan

The 2014 Nikkei Games were held from July 13-Aug. 17 at California State University, Long Beach, and many other venues throughout Orange and Los Angeles counties. With competition occurring over the span of one month, the games brought together participants in all ages in martial arts, golf, baseball, bowling, volleyball and more to compete in this historic, friendly competition.

The Nikkei Games began in 1928 when the Japanese Athletic Union sponsored the Junior Olympics to feed the need for community activities in the Los Angeles area, according to the Nikkei Games’ online history page.

These Junior Olympics generated track clubs for Issei and Nisei participants. Per the history page, the Junior Olympics carried on strong through the years and was only interrupted by World War II. Although, post-war, the games struggled in pushing for a revival in 1948. 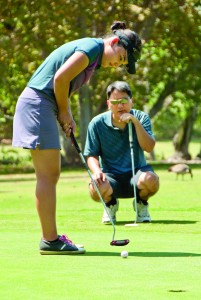 At that point, the Japanese American Citizens League stepped in to help, thus forming the Nisei Relays in 1952. According to the history page, “friendships and rivalries again blossomed,” and “the Nisei Relays flourished for decades.”

In elementary and middle school, James competed in the Nisei Relays track events. He didn’t want to see the tradition disappear forever, so he put together a group of guys with the hopes of making the relays “bigger and better.” 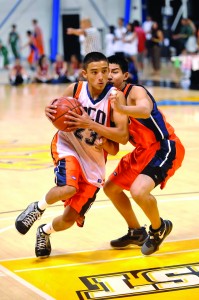 Two years after the Nisei Relays died out, in 1994, the Orange County Nikkei Coordinating Council decided to bring back the Nikkei Games. The new games would broaden the spectrum of participants and reach further out to the Los Angeles community.

“Jesse is the mover and shaker in the Orange County community, particularly in sports,” said Nikkei Games Chairman Art Ishii. “He’s pretty much ‘The Guy’ out there.” 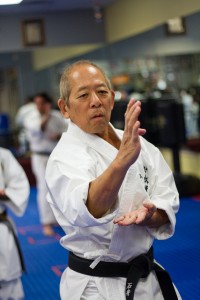 The martial art component of the Nikkei Games has quadrupled in number of participants, which Chairman Art Ishii describes as “magic”. Photo courtesy of Art Ishii

One factor that James wanted to make absolutely clear with his founding of Orange County’s Nikkei Games is a “lack of politics.” He said that bad blood and old grudges would hold back the event. His goal in bringing back the games was to “break down all politics and allow them to be creative within the organization itself.”

As a first step in demolishing any political bickering, James brought in a solid proponent from another historical, impactful Japanese American event in Los Angeles: Nisei Week. Ishii was chairman of Sports and Martial Arts for Nisei Week when he took notice of Orange County’s Nikkei Games.

Ishii said he began attending Nikkei Games meetings. He believed in what its organizers were trying to accomplish, and he reached out to James.

Something to note is that Nisei Week started in 1934, according to its website. When James began talks with Ishii, the Nikkei Games hadn’t picked up full momentum yet. However, the two hit it off and, as Ishii puts it, “The rest is history.”

Ishii served as a branch from Nisei Week to the Nikkei Games and quelled any politics associated with the organizers. Ishii says they’ve built “a good, healthy relationship between organizations” and are “growing every year.”

As a fixture in the Los Angeles martial arts community (he has been running his own Karate Dojo for more than 22 years in Little Tokyo), Ishii was able to draw in a crowd of contacts to grow the Nikkei Games’ martial arts program. He said he started by reaching out to a friend who would then reach out to another friend, and it turned into a large networking circle.

From the beginning until now, the martial arts component of the games has quadrupled in the number of participants, which Ishii describes as “magic.” The Nikkei Games is proud to claim to be the first event in the world to host judo, kendo and karate tournaments on one floor at the same time — at the Pyramid located on the campus of California State University, Long Beach. 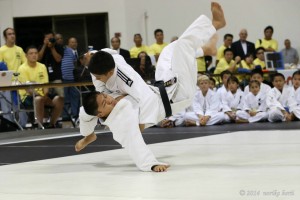 This year’s martial arts competition was held at the Pyramid in Long Beach, Calif. Photo by Nancy Teramura Hayata

Besides martial arts, there is also a list of people chairing other indoor and outdoor sports — from basketball to bowling to track and field.

In fact, the basketball component of this year’s games set new records for the two-day tournament, which was also held at the Pyramid. Now in its 11th year, the tournament had more than 1,900 participants and an estimated crowd of 6,000 on hand to watch the event unfold.

A record 476 teams ranging in age from 5 to 64 took part in 952 games during the two-day span. Organized by Basketball Chairperson Wallace Chan, the basketball event now rivals the martial arts component in popularity and scope.

In the true spirit of the games, friendships were formed, teams bonded over fair play and old and young were brought together — sportsmanship and generational gaps blended together seamlessly throughout the two-day tournament.

As an organization, the entire Nikkei Games work team meets about four times a year, according to James. The groups within each sport have their own separate meetings throughout the year in preparation for the main event in August.

Additionally, more than 1,000 volunteers turn up each year. “Because of the value of the Nikkei Games to the community, many people have stepped up,” said James. And he is overjoyed to see the growth of support, even from those outside the immediate Japanese American community.

For example, James says the average karate participant is Hispanic, but that doesn’t mean they should be barred from taking part in the games. To be part of the Nikkei Games is to celebrate the Japanese culture.

James added that he is not just working to promote Japanese culture but also to preserve Japanese culture. Likewise, Ishii says that what appeals to him the most is how “vibrant and unique our Japanese American culture really is” and that “it is worth celebrating.”

Track and Field Chairman Richard Fukuhara has also been with the Nikkei Games since the very beginning, and he says it’s “never boring.” Fukuhara sees competitors as young as 1 years of age to as old as 80-plus years of age.

The tradition and culture behind the event generates a buzz in the air. Fukuhara explained that they try to set up track and field as a big picnic. His favorite part is watching the children having fun and seeing generations come together as grandparents cheer on their grandchildren.

“These are the experiences of a lifetime,” said Fukuhara.

James is one of those grandparents. He has six children and six grandchildren, whom he loves to watch compete. The smiles on the faces of the children provide priceless moments for families who return year after year.

“We want people to keep competing and having a good time,” said James.

More than memories are made as the good times roll and the Nikkei Games continue to thrive. Through the games, the Japanese culture is retained through sports. As James says, “basketball is king of Southern California culture,” and yet the once Japanese leagues have morphed into “Asian leagues.”

“I feel really good that I’m of Japanese descent. I want my kids to understand something about it,” said James. “Some people want to preserve the tea ceremony, flower arranging, origami — everyone picks out different things. Within the Nikkei Games, we want to preserve the traditional and contemporary (Japanese American) sports.”

Ishii full heartedly agrees with James, and sees the preservation of the Japanese culture as a responsibility for Japanese Americans to carry.

“It’s important for generations to follow, pick up the banner and pursue the vision that the founders of Nisei week and the Nikkei Games have,” said Ishii. “And to never forget the cultural heritage, our lineage and our community.”