‘Fire for Effect: Journey of the 522nd Field Artillery Battalion’

LOS ANGELES — Go For Broke National Education Center on May 28 announced a new microexhibition “Fire for Effect: Journey of the 522nd Field Artillery Battalion,” which will be on display thru Aug. 25. The exhibit will chronicle the contributions of the Japanese American World War II unit that earned the reputation as one of the quickest and most effective artillery units in the European Theater.

The 522nd Field Artillery Battalion was activated in 1943 as part of the famed 442nd Regimental Combat Team and served as fire support during key moments in the European Theater, including the battle at Hill 140, the liberation of Bruyères and the rescue of the 141st Infantry Regiment’s “Lost Battalion.”

It then split from the 442nd RCT and supported various infantry divisions to break the Siegfried Line, also liberating survivors from some satellite camps of the Dachau Concentration Camp.

“Go for Broke” was the motto of the 442nd RCT, a segregated Army unit composed of Japanese Americans from Hawaii and the mainland. The term was Hawaiian slang for “shooting the works,” or risking everything for the big win in gambling — as the Nisei soldiers  did while fighting in the field in WWII and facing prejudice at home in the U.S.

Images from the Susumu Ito and Fred Yasukochi Collections from the Japanese American National Museum will be on view, along with images from the 442nd Legacy Center.

“Fire for Effect: Journey of the 522nd Field Artillery Battalion” will be held within GFBNEC’s “Defining Courage” exhibition, located in the historic Nishi Hongwanji Buddhist Temple on the west side of the plaza at First Street and Central Avenue in Little Tokyo.

GFBNEC is a nonprofit organization that educates the public on the valor of Japanese American veterans of World War II and their contributions to democracy. Founded in 1989, GFBNEC maintains the Go For Broke Monument and the interactive Defining Courage exhibition in downtown Los Angeles, as well as extensive oral histories and archives, education and training programs and other initiatives. 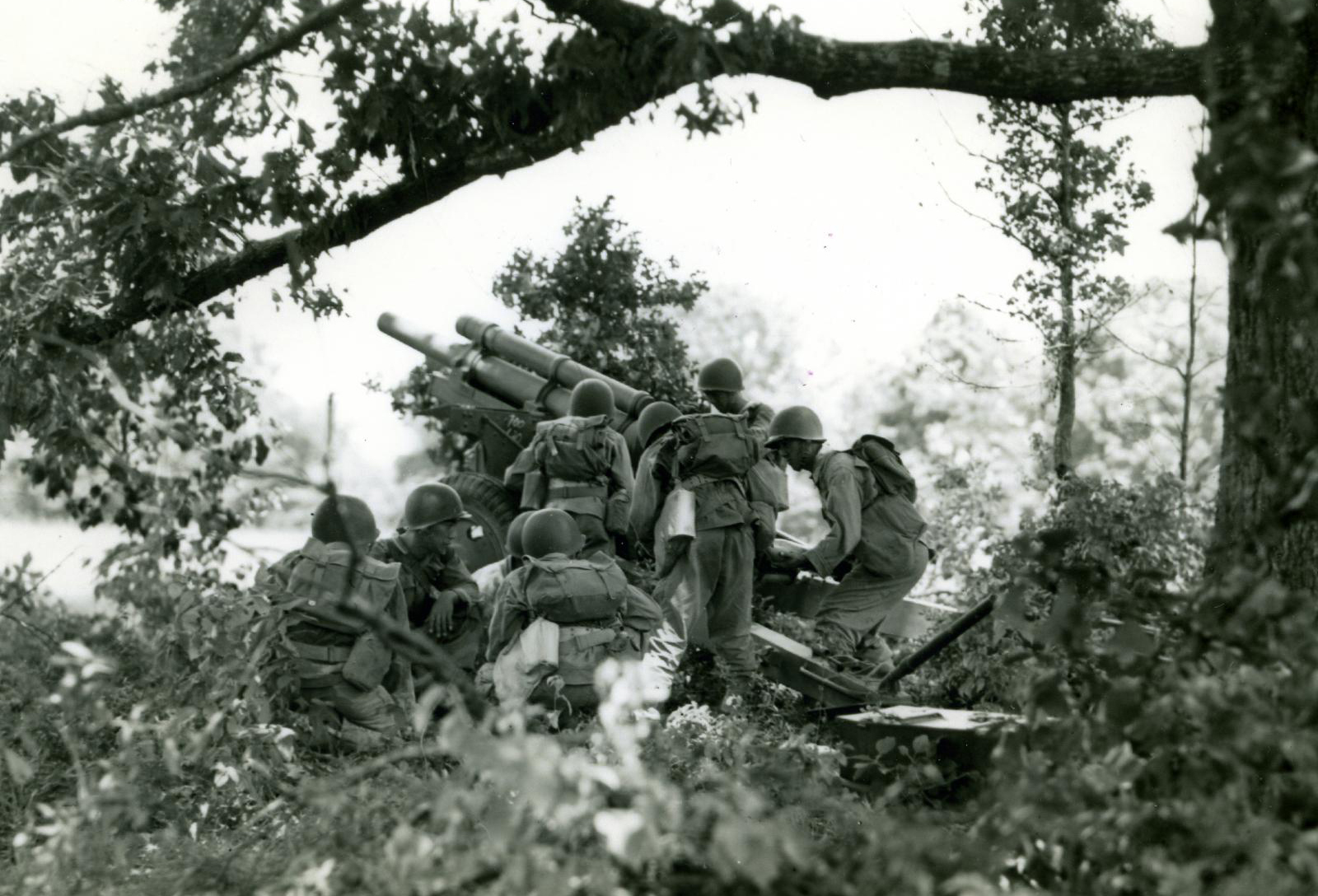