Hernandez Going to Jail for 45 Days for 2019 Assault

No charges for racist threats in two June 2020 incidents at Torrance, Calif., park. 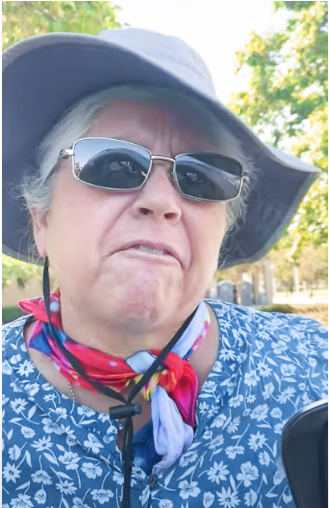 The woman who was recorded on video verbally attacking and threatening two different Asian visitors to a public park in 2020 is headed to jail for an assault that occurred in 2019.

According to published reports, Lena Hernandez of Long Beach, Calif., pleaded no contest on Tuesday, Oct. 6, for a battery charge related to an incident that took place at the Del Amo Fashion Center in October 2019 in Torrance, Calif. The assault victim in that incident was also Asian.

The plea deal will have Hernandez, 54, serve 45 days in jail, be on probation for three years and take anger management classes.

Hernandez was not charged for the two June 2020 incidents that also took place in Torrance where she was recorded racially haranguing and threatening an Asian woman who was exercising at Wilson Park, followed by a similar incident that involved an Asian man and his son. (P.C., July 17, 2020; see tinyurl.com/y5jt9go2)