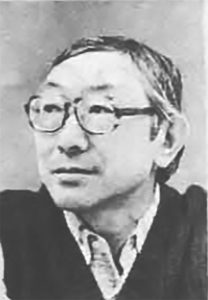 (Nov. 8, 1922-Oct. 29, 2019)
Kashiwagi, 96, of San Francisco, died just days short of his 97th birthday. The son of Fukumatsu and Kofusa Hai Kashiwagi, he was born in Sacramento, Calif., and grew up in Loomis, Calif. He would attend high school in Los Angeles. Before achieving recognition as a playwright, poet, book author and actor, Kashiwagi, his siblings and their mother were original incarcerees of the Tule Lake WRA Center after the U.S entered WWII and subsequently removed thousands of Japanese Americans living on the West Coast to remote inland concentration camps. (Kashiwagi’s father, who had contracted tuberculosis, was hospitalized and not incarcerated during the duration of the war.) Hiroshi signed “No-No” on the infamous Questions 27 and 28 of the so- called Loyalty Questionnaire and would renounce his U.S. citizenship as an act of protest for his treatment by the federal government. Kashiwagi earned his bachelor’s degree from UCLA and earned a master’s degree from UC Berkeley. He also formed a theater troupe, Nisei Experimental Group. In 1957, he married Sadako Nimura, and they would have three sons: Toshiro, Soji and Hiroshi. Two years later, thanks to the efforts of ACLU attorney Wayne Collins, Kashiwagi’s citizenship was restored. After the formation of the Commission on Wartime Relocation and Internment of Civilians, he publicly testified in 1981 in San Francisco. His memoir, “Swimming in the American,” won the American Book Award in 2005. Kashiwagi is survived by his widow, three sons, nieces and nephews.