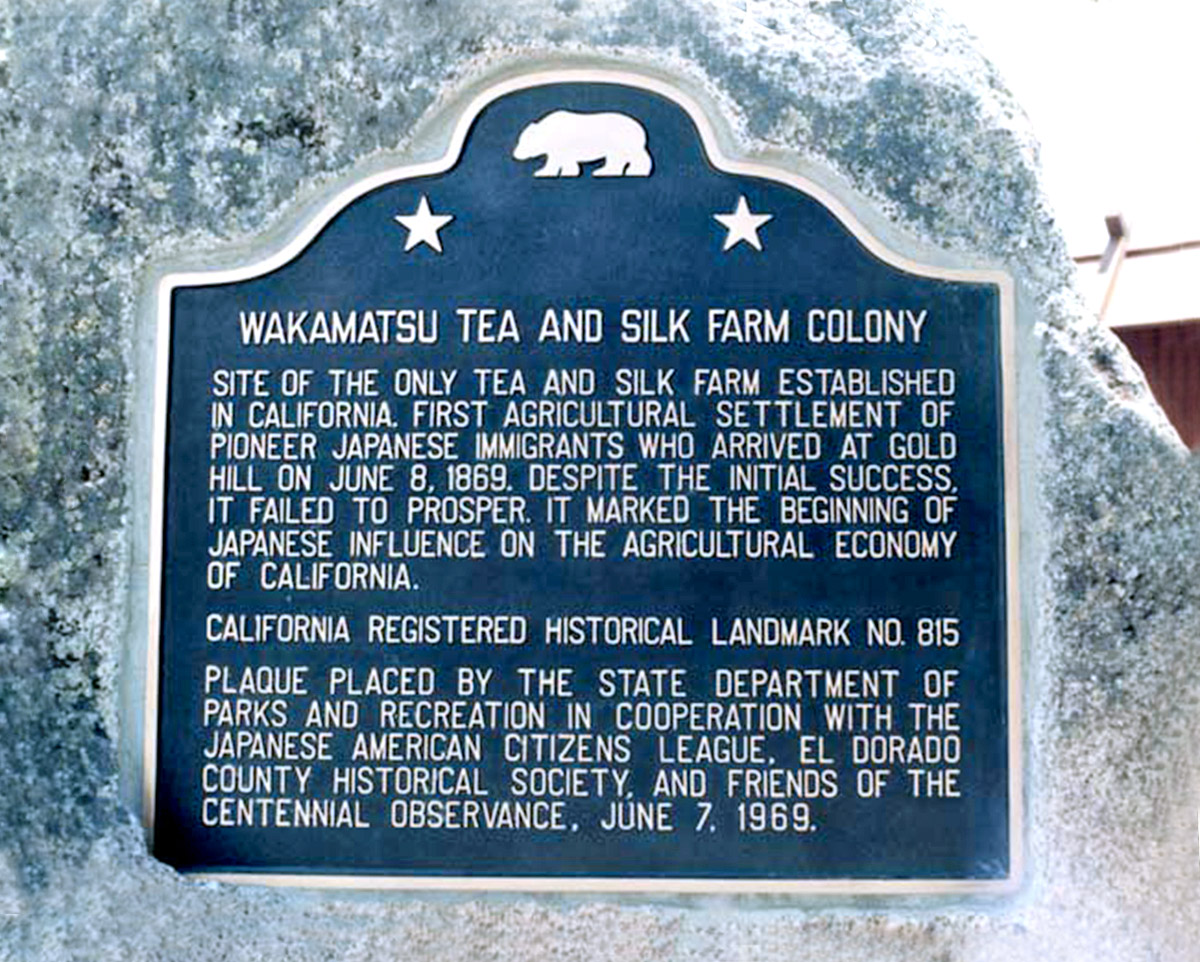 The longevity of the Wakamatsu Colony was due, in part, to the goodwill of the Veerkamp family.

COLOMA, Calif. — Descendants of a California pioneer family presented a collection of historic photographs from one of the earliest Japanese immigrant settlements in the state during a special ceremony held at Marshall Gold Discovery State Historic Park in Coloma, Calif., on June 9.

The presentation was made by the descendants of Francis Veerkamp, a German pioneer in El Dorado County who befriended members of the Wakamatsu Tea and Silk Colony in the 19th century.

Ai Hiyama, a representative of the Japanese consulate’s office, and Consul Ryosuke Kamono also attended the ceremony, along with Park Superintendent Barry Smith, Merv de Haas, who explained how the photos were given to the family, and Martha de Hass, who donated the photos on behalf of the family.

The collection of historic photographs is the second gift donated to the state by the descendants of the Veerkamp family. Park Superintendent Smith is extremely thrilled that the family has entrusted the State of California with these precious photographs.

“California State Parks is honored to be receiving the original Wakamatsu photographs from the Veerkamp family archive,” Smith said. “These photographs are a prime example that no matter where you come in the world, you can find your relevance in early California history. These timeless pictures are guaranteed to enrich the people of California for generations to come.”

The Wakamatsu Colony was formed in 1869 by a group of political refugees, who left Japan to escape civil unrest and settled in Gold Hill, near Coloma. The colonists brought with them mulberry trees, silkworm cocoons, tea plant and bamboo shoots in hopes of establishing an agricultural settlement. They also brought cooking utensils, sword, and a banner bearing the crest of the Wakamatsu clan.

The Wakamatsu Tea and Silk Farm Colony struggled to survive for several years, as it was plagued by an insufficient water supply, lack of adequate funding, a labor dispute and other economic problems. Only a handful of colonists stayed in the Gold Hill area, thanks to the goodwill and friendship of the Veerkamp family, who had purchased the Wakamatsu Colony property.

The 11 donated photographs, all taken by photographer George H. Gilbert, whose work reflects the days of the Gold Rush around Placerville, Calif., will be carefully preserved and eventually taken to McClellan Field and placed into storage. They could be put on display in the future for special events, but their ultimate use has not been determined given their extremely delicate condition.